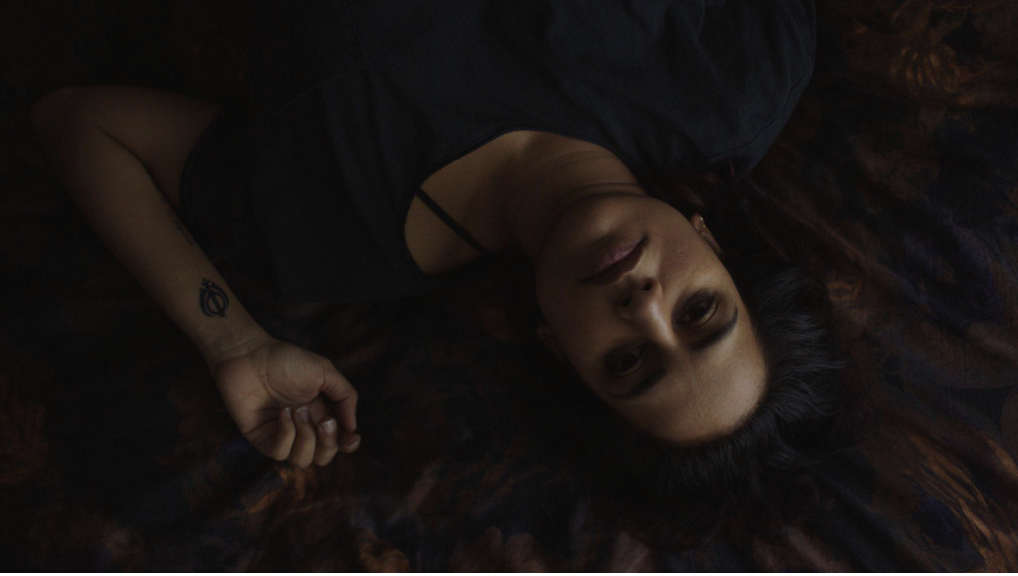 It’s rather unfortunate that it often takes a tragedy to bring a fractured family together. How many of us have only seen relatives recently when one of them has passed on? While the ashes of a person’s passing may allow for healing old wounds, it can also open them ever wider. Veteran Vancouver thespian Agam Darshi tackles these themes head-on in her feature directorial debut, Donkeyhead.

Among the frozen flatlands of Regina, thirty-something Mona (Darshi) tends to her ailing father Gupreet (Marvin Ishmael) while fruitlessly trying to launch her writing career. When Gupreet falls into a coma, Mona is reunited with siblings Rup (Husein Madhavji), Sandy (Sandy Sidhu) and Parm (an unrecognizable Stephen Lobo). With their father’s recovery an open question, the foursome must grapple with questions regarding the will, overseen by family attorney (and Mona’s lawyer-with-benefits) Brent (Kim Coates), while also unearthing some family skeletons that have been buried for far too long.

I noted earlier that this was Darshi’s first feature as director, but you’d never know this was a freshman effort by the sharp writing, effortless performances and sublime cinematography. I’ve seen so many independent films, Canadian or otherwise, betray their limited budgets by either exceeding their reach or sacrificing their verisimilitude. Darshi not only avoids both, but has produced a work that can stand alongside whatever Hollywood has sent out to awards season.

There’s nary a weak note among the cast, with Darshi capably steering the drama as the rudderless Mona alongside Sidhu and Madhavji providing comic and contrasting support as her exasperated siblings. Lobo takes the MVP trophy here as the stoic, yet tortured eldest son. Having seen him portray mostly streetwise or smarmy urban types, I literally didn’t recognize the guy behind the beard for his first few minutes on screen. I immensely enjoy seeing actors exercising muscles that typecasting often denies them.

Donkeyhead succeeds as both an ethnic, yet universal family drama and as a supremely confident work of cinema. Darshi has emerged as a filmmaker to watch going forward and I eagerly await her sophomore feature. Unless a stream of mind-blowing efforts follow in 2022, her film has already earned a spot on my end-of-year Top 5. Highly recommended.

Donkeyhead screens virtually as part of the Vancouver International Women in Film Festival on Tuesday, March 8 at 5pm