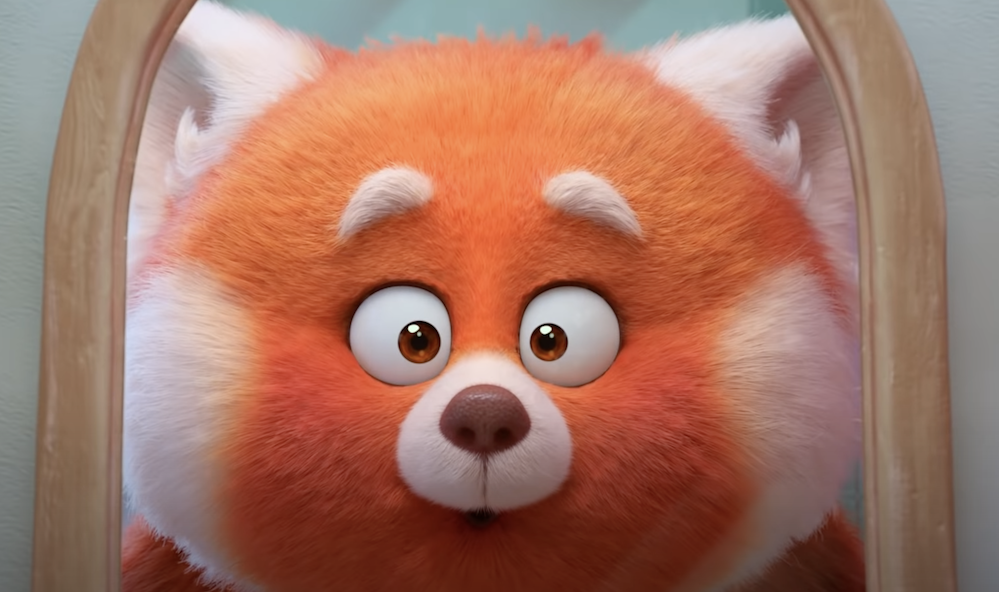 As 2022 barrels along and we enter March, many films that have been long delayed because of the COVID-19 pandemic are finally being released. Films such as the Ben Affleck and Ana de Armas thriller Deep Water, which will emerge from the depths almost a year-and-a-half after its initial slated release date, and more notably Matt Reeves’ hugely anticipated The Batman, which has grossed just over a quarter of a billion dollars in its opening weekend alone. Another highly touted but delayed production is Toronto native Domee Shi’s full feature debut for Pixar, Turning Red, which will be released on Disney+ and select theatres worldwide, and as early reviews pour in, it’s clear that Shi has not only produced another hit for Pixar, but one that ranks among their best works.

Wholly embracing her Chinese-Canadian background, which she also did in her Oscar-winning animated short Bao, Turning Red is based in early 2000s Toronto (instilling a loosely biographical element to the story for Shi) and centres on a young girl named Meilin “Mei” Lee, who, just as she enters her teenage years, begins turning into a giant red panda whenever she becomes stressed because of an ancient family curse, and can only change back when she calms down. While this is a thinly veiled metaphor for puberty to adults, for kids it is a clever means of normalising the changes they go through in this time of their lives, much like how Inside Out touchingly navigated the concept of emotions, even offering a beautiful explanation as to why we experience sadness.

Most critics seemingly share this sentiment on how Turning Red handles its themes, with the BBC’s Nicholas Barber calling it “life-affirming” in his five-star review; Time Out’s Philip De Semlyen commends Shi’s “boldest move” of “tackling female puberty in such a candid, empathetic way”; and AV Club’s Martin Tsai says it “delivers a timely message as it tackles a timeless topic”, ultimately giving it an A rating. Petrana Radulovic, writing for Polygon, wastes little time in her review to gush that “With a bright visual style and specific, evocative storytelling, Turning Red is an incredibly special addition to the Pixar canon”, before proclaiming it as “one of its best films.”

It is no secret that both Pixar and Disney have made a concerted effort to produce ethnically and culturally diverse animated features since the late 2000s, with The Princess and the Frog, Brave, Coco, Soul, Luca, and Encanto being prime examples of this. According to the critics, Turning Red is no different, focusing a great deal of praise on its representation of the Asian community of Canada, with Hannah Bae of the San Francisco Chronicle noting that “the real magic lies in its unabashed celebration of the joyful chaos of girlhood within a proud Asian immigrant family”, with Kate Erbland of indieWire praising a “family-centric new mythology destined to become iconic.”

As of writing, Turning Red holds a score of 93% on Rotten Tomatoes with an average rating of 8.00 out of 10 based on 64 reviews thus far, while it holds an even more respectable score of 84 on Metacritic based on 32 reviews, which are respectively excellent scores on each site. While there are inherent issues with these aggregating sites, and certainly not every critic had positive things to say about Turning Red, the overwhelming sentiment seems to nonetheless be that this is yet another creative homerun for Pixar, and indeed Domee Shi, who successfully builds upon her stellar work in Bao, and could very likely earn a second Oscar nod in 2023.

Turning Red is set to release on Disney+ on March 11th, and I will let you know my own opinions of the film in my review of it next week.