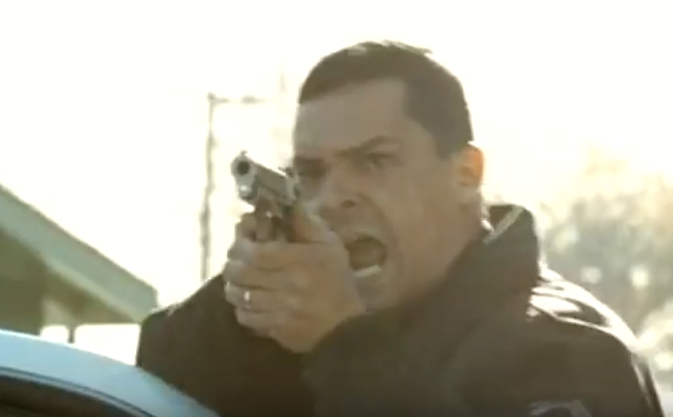 Hard to believe that it has been 13 years since the release of Paul Haggis film Crash, and the Oscar controversy that went with it. Commentators did not take kindly to the Academy apparently “playing it safe” by awarding Crash the coveted Best Picture award, especially considering it beat out hot favourite Brokeback Mountain. The Academy’s decision drew accusations of homophobia, given that Brokeback Mountain is a romantic drama about a love affair between two closeted cowboys. However, there is nothing new I can add to this debate, so instead I would like to address the lasting resonance of Crash over a decade on, regardless of the film’s admittedly glaring flaws.

Despite the fact that Haggis is Canadian, Crash is set in the city of Los Angeles, which makes sense given its history as a boiling pot for racial tensions. Haggis then wisely spreads the narrative across several interconnected characters who are all affected by, or even pervade issues of racism and xenophobia, granting a greater scope of their unfailingly devastating influences.

The issues are generally hard-hitting in their depiction, though the screenplay by Haggis and Bobby Moresco missteps by presenting these issues as far too on-the-nose, instead of using subtext to hide elements in plain sight for audiences to decipher. With this being said, my concern here is not to argue on the fundamentals of screenwriting, but to observe the fact that the racial biases presented in Crash are still very much alive today. Two black men argue over such stereotypes before stealing a car; a naturalised American citizen is called ‘Osama’ by a gun shop owner simply because he hails from a Middle-Eastern country; a locksmith is automatically regarded as an untrustworthy criminal by a rich client, simply because he is Hispanic with a number of tattoos. Haggis succeeds at least in capturing the psyche of racism in US culture, using dramatic examples that, in their broader strokes, effectively convey the ideological roots of the issues.

In recent years, I have maintained that racism is still very much alive today, only it operates on a more dangerously transparent level. In the US at least, I find it is no longer true with a so-called President whose very platform is built on the concept of exclusion and segregation, granting unprecedented exposure to racism of the 21st century.

To his credit, Haggis also recognises this invisible racism. Ryan Philippe’s character is a police officer depicted as the apparent ‘white saviour’ of the film’s racial politics, clashing with the ideals of racist partner, played by Matt Dillon. By the film’s end, Philippe’s character actually shoots and kills a black hitchhiker for simply reaching for what he unjustly presumed was a gun. As extreme an example as this is, it nonetheless underscores the biases that exist today toward the indigenous peoples of Canada, where others are content to overlook not just the racial issues dogging their culture, but the very people themselves.

In light of recent events, there is one particular scene in Crash that cannot go unmentioned, depicting an issue that is not even an overriding theme for the film: sexual assault. Matt Dillon’s character pulls over a couple who happen to be black, and proceeds to frisk the woman with the pretense of groping her in the most inappropriate of ways, only for her husband to look on, seemingly powerless. While this makes Dillon’s character irredeemable for the remainder of the film, regardless of his heroic actions later (another flaw in the screenplay), this instance is emblematic of Hollywood’s recent sexual assault scandals by men in positions of power, with Harvey Weinstein at the centre of it all. For too long such abuses of power have gone unchecked, while those, like the woman’s husband, look on thinking that their only option is silence, allowing an inexcusable culture to grow until the point of scandal. Of course, it will not end here, as it is becoming apparently clear that this is a culture not just in Hollywood, but in the greater film industry, because when there is smoke like this, there is usually a forest fire.

Crash struck cords that are still reverberating today, and while I have acknowledged its inherent flaws, the overall message of intolerance and separatism is arguably even more hard-hitting now than it was 13 years ago when it was first screened at TIFF. While most people remember Crash for its controversial wins at the Academy Awards, I think it is time to reevaluate our priorities and recognise the merits of its social critiques rather than its award-worthiness, which in the context of racism and society, becomes utterly superficial.