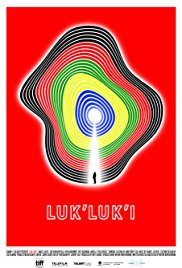 There are many diverse films produced every year.  Some are based on true events and others created for pure entertainment. Documentaries, short films, animations and feature films exist for our viewing pleasure. If it’s made correctly, we will take something away from the experience. Making a film that provokes conversation about the subject afterward is what every filmmaker hopes for.

The documentary, Luk’ Luk’I is a film written and directed by Wayne Wapeemukwa and based on true accounts. It revolves around the 2010 Winter Olympics and the impact it’s had on Vancouver’s downtown eastside. The scenarios in the film were developed collaboratively with the non-actors in the film over the last few years and some over the last few months proceeding production. The film shines a light on the divide between our country as it’s presented and as it really exists.

“This documentary has a unique flavor. The lines seem to be blurred between reality and storyline. How were the story’s created and the documentary inspired?”

“I like to refer to it as a hybrid documentary. I had met Angel Gates back in 2013 when I was returning from my first trip to TIFF. I initially wanted to just be friends but she had expressed an interest in acting. A short time later we began working on a script together. She rocked it and in 2015 we made another film together and she won best actress in BC. She and I have been collaborating together for years. I met Eric around the same time and was initially his housing advocate. We became close friends soon after. I met Ken in 2014 and agreed to put him in a movie. He is the man in the electric chair and lives in Toronto. All of the stories are from true events that had happened in their lives. The fundamental message about the film is colonialism and the way in which the Olympics in Vancouver enhances colonialism in assiduous ways that aren’t really recognizable on TV. On top of that foundation I believe are different kinds of dominations, whether its gender discrimination, racial discrimination, class discrimination. Each character interacts with a specific form of exploitation that they undergo on a daily basis. I didn’t want to specifically highlight one form of domination over another because they’re all intersectional. They all interlink with each other in complex ways.”

Luk’ Luk’I had premiered at TIFF and won an award before screening at VIFF. It was funded through Telefilm, Canada Arts Council as well as some private equity.

“Is there a message in this film you wanted to convey?”

“My intention was to develop a form that could communicate the reality within fiction itself, the way in which the 2010 Olympics, as a fabricated event, had real consequences for the people of the downtown eastside and abroad. I also wanted to convey through the individual stories, that these are real problems that we need to be talking about because there are real people telling them.”

Wayne tells me he’s been working in this particular form of documentaries for awhile.  He enjoys blurring the lines and likes to try and find the reality within the fiction itself. The film took 15 days to shoot but it was years of pre-production and his relationship with the cast are personal relationships that will last for years to come. Much of the film crew also worked in the downtown E. side in shelters in various capacities. They provided great connections with communities and he used a smaller crew of 12 to minimize the footprint.

This documentary was unique in the sense that it covers multiple conundrums while shining a light on issues that remain ignored or unfixed. When I asked Wayne Wapeemukwa about the origin of his interest in filmmaking, he told me he was inspired by his school teacher when he was a teen living in Langley. His teacher exposed him to great films and he quickly realized the impact of films. He recognizes that media is a great way to enact political change.

Wayne is looking forward to screening the film in International and European festivals. He’s currently working toward his next film and hoping to remain within the hybrid form.  He also hopes the legacy of this film lives on through discourse and conversation that it inspires.  A triumphant exploration into lifestyles less unknown to mainstream society that informs and educates. This documentary answers questions that many of us were afraid to ask. I look forward to the next one.