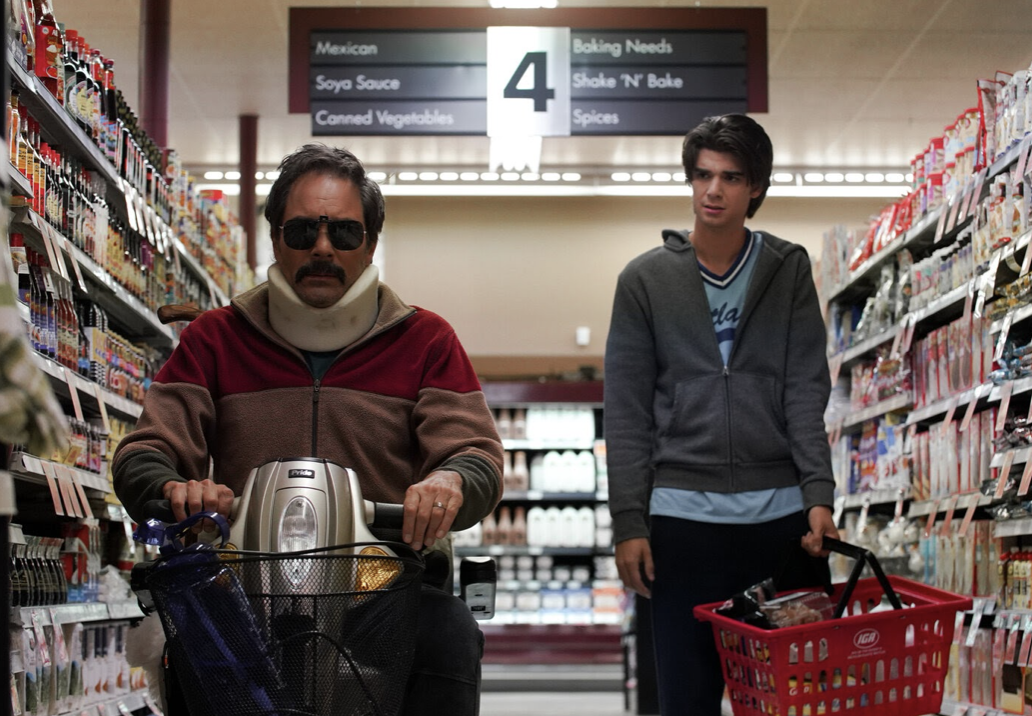 I can’t help but wonder if Stephen S. Campanelli has been reading my reviews these past few years and noting my serial criticisms of “Canadian” films that do their best to hide anything smelling of maple syrup. In any case, this cam op-turned-director and Clint Eastwood protege has jammed nearly every frame of his fourth directorial feature, Drinkwater, with all the answers to the Canadian edition of Trivial Pursuit with a steady soundtrack of Maple Leaf vinyl in the background.

With graduation fast approaching and seemingly zero funds for university, Mike is encouraged by his go-getting gym teacher (Alex Zahara) to enter a 5K run with a $10,000 scholarship prize. Having recently befriended his neighbour’s orphaned granddaughter Wallace (Louriza Tronco), Mike enlists her help in both training for the race and winning Danny’s affection. As the day of the big race approaches, Mike starts to wonder if he’s been chasing the wrong prize all along.

Oilers Jerseys, Tim Hortons, BC licence plates, a needle-drop soundtrack consisting of Trooper, BTO, Doug and the Slugs, and Loverboy; all the Canuck hallmarks are here. If the 40+ year old songs, 80s-themed prom sequence and even outdated technology (Mike has Wallace shoot his Bruce Lee demo with a VHS camcorder) makes you wonder if this script was dusted off from a few decades ago, you wouldn’t be too far off as the entire effort is apparently based on a Super-8mm film made by a pre-Hollywood Campanelli (the film plays sans context over the end credits).

So how does that script hold up? Boy is awkward with no/few friends with parent(s) who don’t understand him, boy pines after girl who is hopelessly out of his league, boy finds a way to climb social ladder (race/contest), boy ultimately realizes what he really wanted was right in front him all along. This isn’t new material and it certainly doesn’t need 112 whole minutes to unfold.

But for what lacks in original story and character material, Drinkwater endeavours and (mostly) succeeds in making up for with execution. From its breathtaking aerials of Penticton to its trademark offbeat humour (Doheny and Zahara both excel in this) to its charmingly creative opening title sequence, there’s a strong enough baseline of crowd-pleasing fun to make Drinkwater worth at least one watch, even if return trips may be harder to justify.

Campanelli’s love-letter to small-town BC buzzes with enthusiasm, but falls short of being a future classic. So many other “Canadian” movies with more original premises but always in a watered-down generic American setting.  I’ve definitely seen this movie before, but almost never in an unapologetically Canadian setting and that’s worth celebrating in an era where there’s precious little to celebrate.