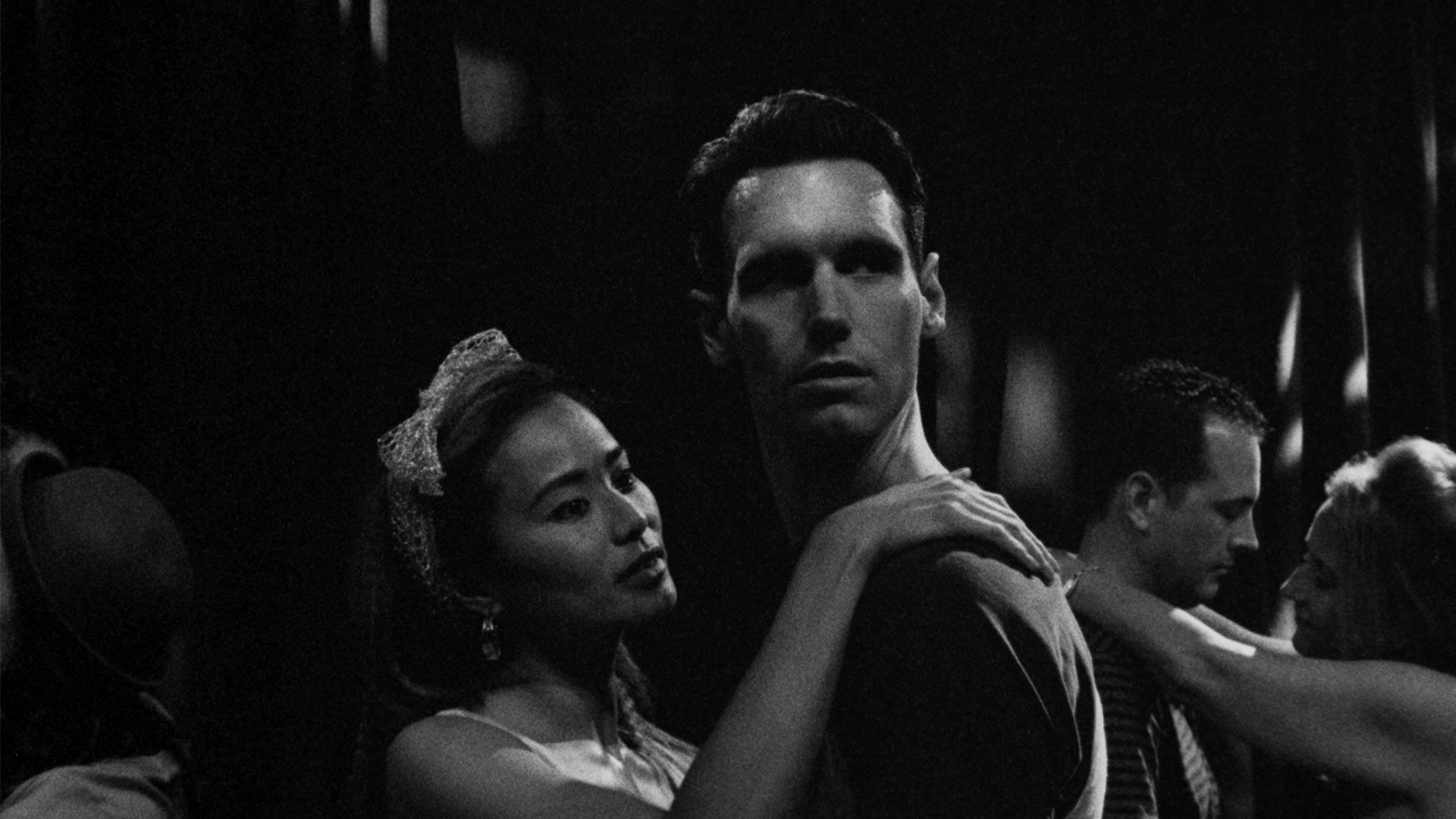 It was on September 17, 1985 that then-U.S President Ronald Reagan first publicly acknowledged Autoimmune Deficiency Syndrome (AIDS) in response to a question about federal funding for cure research. Two months earlier, famed 50s heartthrob Rock Hudson had come out publicly as having being diagnosed with the disease from which he would ultimately pass away that October. These events along with thousands of deaths (around 5000 of which were gay men) impressed upon Americans the seriousness of this relatively new disorder. But with little understanding of it and how it was spread, lead to fear and derision, much of it at the expense of the LGBT community. All this forms the framework for Yen Tan’s tender drama, 1985.

Adrian (Cory Michael Smith) has just landed in Ft. Worth, Texas to visit the family for the holidays. His mother (Virginia Madsen) is delighted to see him, but there is a notable tension in the air from his father (Michael Chiklis) and younger brother Andrew (Aidan Langford). It has in fact been over three years since Adrian has been home after he came out to his Conservative Christian parents and left for New York to start over. He seems eager to reconnect with his estranged father and heal the rift left with Andrew after his sudden departure. He also wants to mend his relationship with his high school ex-girlfriend Carly (Jamie Chung) whose attraction he could never reciprocate.

It’s not long before Adrian’s behaviour comes off as unusual. He is unusually generous with his Christmas gift-giving, including an all-expenses-paid trip to Honolulu for his parents and brother. He is also unusually evasive about his advertising job and home life, discouraging anyone from visiting him in New York. We soon learn the secret that Adrian only seems to be able to tell Landry, the family dog. Adrian has contracted AIDS from a now-deceased partner and doesn’t believe he’ll live to see next Christmas. It’s a lonely road to tread, but Adrian soon discovers that he need not walk it alone.

1985 is a subtle film. Perhaps too subtle for some as it requires that you enter with at least a basic working knowledge of the AIDS epidemic that plagued the Gay community throughout the 80s and well into the 90s. But whatever the script may lack in exposition is largely made up by an exceptional cast who skillfully handle the film’s often raw emotional stakes. Cory Michael Smith takes a break from terrorizing Gotham as the unassuming yet tortured Adrian. You can utterly feel the baggage of his illness weighing him down with nowhere to unload and no one around who will truly understand. Michael Chiklis stands out as the gruff blue-collar father Dale, who while growing distant from both his sons, knows more about Adrian’s predicament than he initially lets on.

A lot of the film’s soul resides in the relationship between Adrian and Andrew. Initially tepid at first, the two grow ever closer as their parents have failed to understand Andrew’s evolving interest in musical theatre and Top 40 hits over football and Christian Rock. The two actors work well together, which makes Adrian’s condition all the more heartbreaking.

The movie is rendered on grainy, black and white 16mm film. A choice that helps it stand out from a sea of digital indies, but also holds it back at times. The cinematography often comes across static and uninspired, seeming only a few degrees away from a student film. Even the lighting seems off at times with several scenes losing Cory’s expressive eyes in off-putting pools of shadow.

Yen Tan’s film wears its heart, if not clarity on it’s sleeve. A stellar cast and solid script keep the film soaring despite technical limitations. AIDS and other epidemics are often seen through a societal lens, but the effects on individuals and families deserve to have their stories told. On that goal, 1985 succeeds admirably.