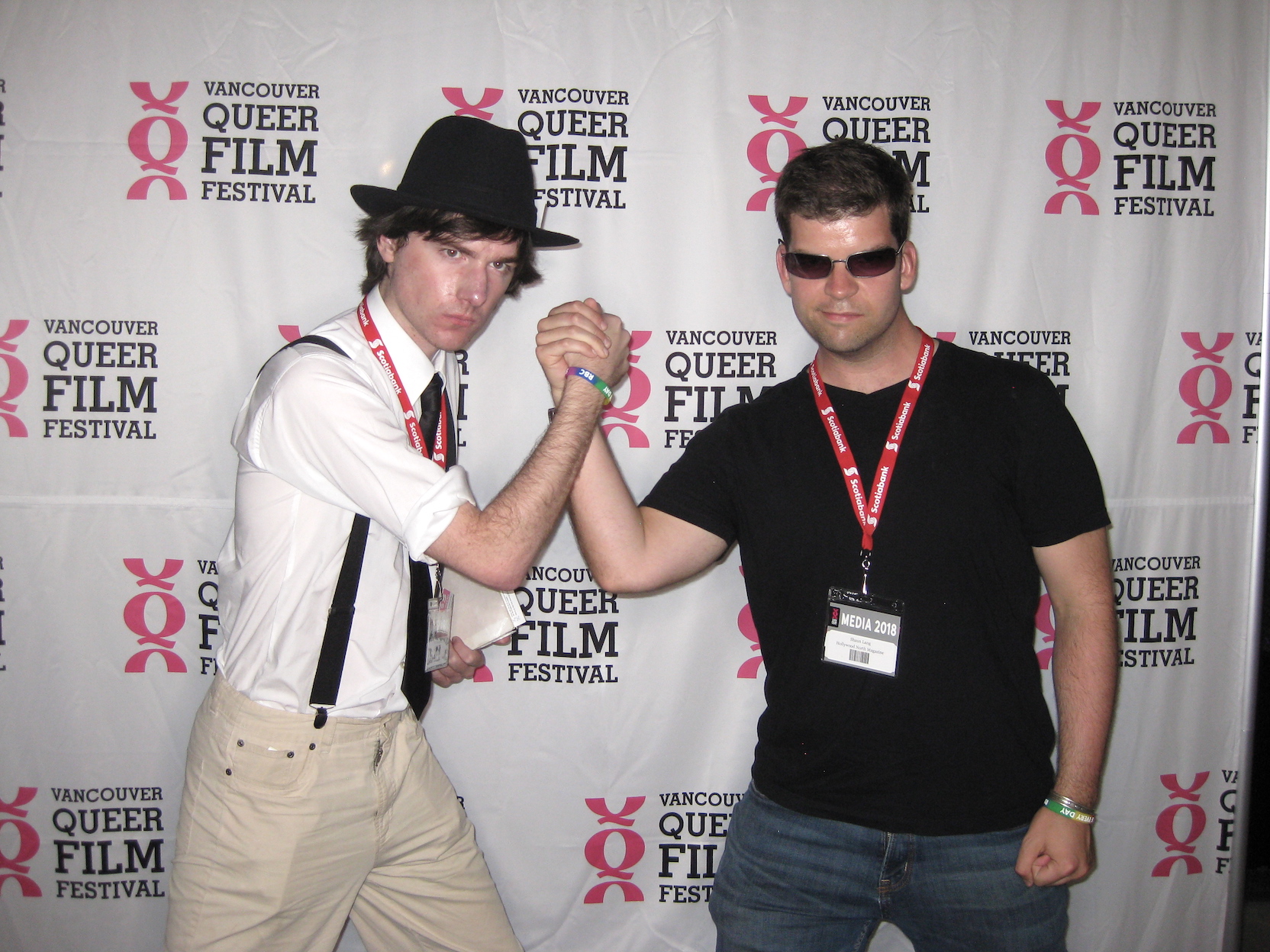 Just last night was the very beginning of one of many amazing evenings to come: VQFF’s Opening Gala. Having only started, I can already say I was impressed with results. VQFF is currently on its 30th year and is one of the most well known festivals in all of Vancouver. Like many other festivals, the variety of attendees is extremely wide, but attendees in particular are of the LGTBQ community, and I quite enjoy them because they’re very strong and friendly. Co-Artistic Director Anoushka Ratnarajah explained that the festival takes in lots of films that contain anything regarding Trans, Queer, and especially two-spirit content as Inidigenous queer people have never really had access to film before so it’s a fresh new amazing idea. Trans directors and filmmakers are also very rare these days so submissions by trans people are highly regarded as some of the most important as well.  Anoushka and her associate Amber Dawn work to find the films through a lengthy process of watching submissions and inspecting the most highly rated films in other LGTBQ festivals. As Anoushka has said, “We have a really amazing base of support, and we do a lot of interdisciplinary programming which I think is pretty unique for a film festival.” The Queer/Trans community has shown a lot of support in this festival and kept it growing healthier year after year.

Starting off the film festival was feature film 1985, which explains a story about the 1980s infection of AIDS in an extremely creative way. The story follows young individual Adrian who returns to his home for a Christmas with his family, but has trouble explaining his sexual orientation. This is one of the most interesting films I’ve ever seen. In fact, for a film that is there to spread the awareness of AIDS, it doesn’t seem too openly discussed in the film. But the film is very creative in storytelling and even shot in the ancient format of 16mm in black and white. Director Yen Tan explained that, “We wanted to do something different in terms of shooting, because we usually think of the 80s in vibrant colours, so in this film, we felt like the 80s was a really tough period for people, so we wanted to convey it in that sense.” 1985 was the best way to get VQFF started. Be sure to stay tuned for Shaun Lang’s upcoming review next week on 1985.

After the premiere, everyone took their party outside where there was a live DJ and a long stretch of lines for drinks. It was a good chance for mingling with just about everyone and a good opportunity to get some pictures taken. There’s lots more amazing films coming on the way. If you happen to be interested in VQFF, I would recommend watching Octavio is Dead!, a film about discovery and several other fascinating subjects. Sook-Yin Lee has said she has been inspired by real life events to make the movie, “I ended up traveling to Barcelona a few years ago, and ended up staying in a very old apartment that belonged to a recently dead guy who happened to be a poet and the father of my friend.” Upon arriving, Sook-Yin had the unnerving feeling that the deceased man’s spirit was still looming about the abandoned home and generally making things uncomfortable like most poltergeist stories, but the experience made for an amazing concept of a film which has already been doing really well since earlier this year. She said it was complicated experience given all the elements of the story, “It’s a very dark drama, there are some moments when it’s black comedy, interceptable comedy, and it was very spooky to live with that ghost so it was very vivid in my imagination.” Going through a lot of rewrites, Sook-Yin used her wide sense of creativity to make the film as disturbing yet as incredible as she could make it.  If you’d like to check out the film, be sure to catch it’s screening tonight at Stadium Chinatown’s International Village at 7:00 pm.

For more coverage on VQFF, check out Darren’s Interview with Christina Willings here.

Read Shaun’s Review of Octavio is Dead! to see why it’s so great.