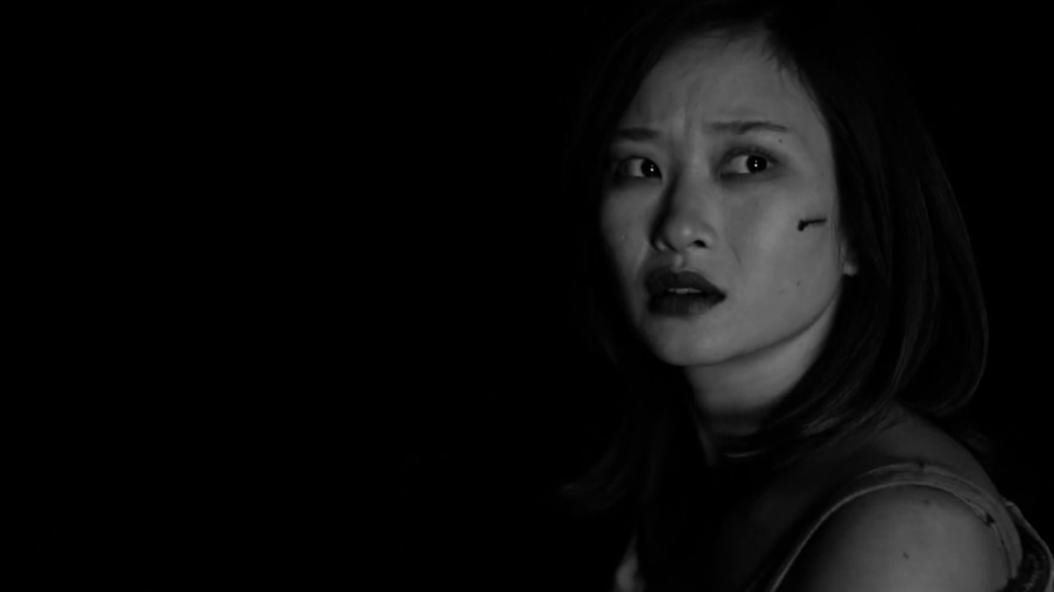 “Just when I thought I was out, they pulled be back in” goes the familiar refrain of Al Pacino’s Michael Corleone in The Godfather Part III. This feeling of being trapped in an endless loop that seems almost a predestined fate is certainly a relatable one. This makes stories of people trying to break free of fate’s grip all the more compelling as seen in Karen Lam’s fourth narrative feature, The Curse of Willow Song.

Somewhere in the underbelly of a damp, grimy metropolis (likely Vancouver, but hopefully the American audience won’t notice), a young welder tolls away on a piece of nondescript public art. She is not a highly-regarded artisan, but someone attempting to rehabilitate her way out of a house of cards stacked against her. The eponymous Willow (Valerie Tian) is on parole for her part in a drug-war arson where only the pawn got caught. The King in this operation, her brother Mission, has long since receded into the shadows.

Despite her earnest attempts at bettering her situation, Willow is met with disdain by her apathetic parole officer (Amanda Burke) on one side and with mock pity by her jet-setting boss (Johanna Newmarch) on the other, the latter of which has her laid off without a second thought when it becomes convenient. It doesn’t help that her supposed best friend “Flea” (Ingrid Nilson) has likely stolen her last paycheque which soon leaves Willow out on the street.

If this wasn’t already the worst week, the receiving end of the aforementioned arson, Wolf (Adam Lolacher) is on the prowl and ruthlessly seeking Willow as a way to get to her brother in retaliation for his lost operation. She is briefly granted sanctuary in a warehouse owned by Mission’s  sympathetic girlfriend Dani (Elfina Luk), but even these four walls can’t keep out her troubles as they surround her, nor the expanding darkness within her that will soon manifest itself in ways that her tormentors could never have imagined. Turns out the “Curse” in the title isn’t all that metaphorical.

Rendered in striking black and white, Willow’s universe is cast as a noir-ish nightmare that despite its supernatural elements (no spoilers!), is an all-too-real experience for those on the fringes. Already dismissed as criminal, there is little sympathy or any real rehabilitation offered for Wllow who has also been court-ordered to stay away from most family or friends. As a woman, Willow faces further barriers in attempting to move up the employment ladder when a site supervisor would rather employ her as a secretary than take her seriously as a trades person.

As a familiar face in Vancouver film for over 15 years, Valerie Tian truly shines as the urban castaway Willow. She has a lot of movie to carry on her shoulders, but does so with effectiveness and restraint. Her performance is superbly captured by Thomas Billingsly’s excellent monochrome cinematography which also blends near-perfect with the film’s effective and moody CGI (again, no spoilers).

I wish I could say the same praise for the supporting cast as a few too many of them threaten to chart the film dangerously close to B-movie territory. Nilson’s garish turn as Flea in particular makes you wonder how someone supposedly as smart and capable as Willow would ever willingly associate with such a loose cannon.

The film is not a comfortable watch, but it is certainly a necessary one. What else is cinema if not a reflection of ourselves and the society we created? Despite a couple lacklustre turns in casting,  The Curse of Willow Song manages this reflection in new and interesting ways. Recommended.

The Curse of Willow Song is available to view online as part of a virtual Vancouver Women in Film Festival from March 4-March 14, 2021.