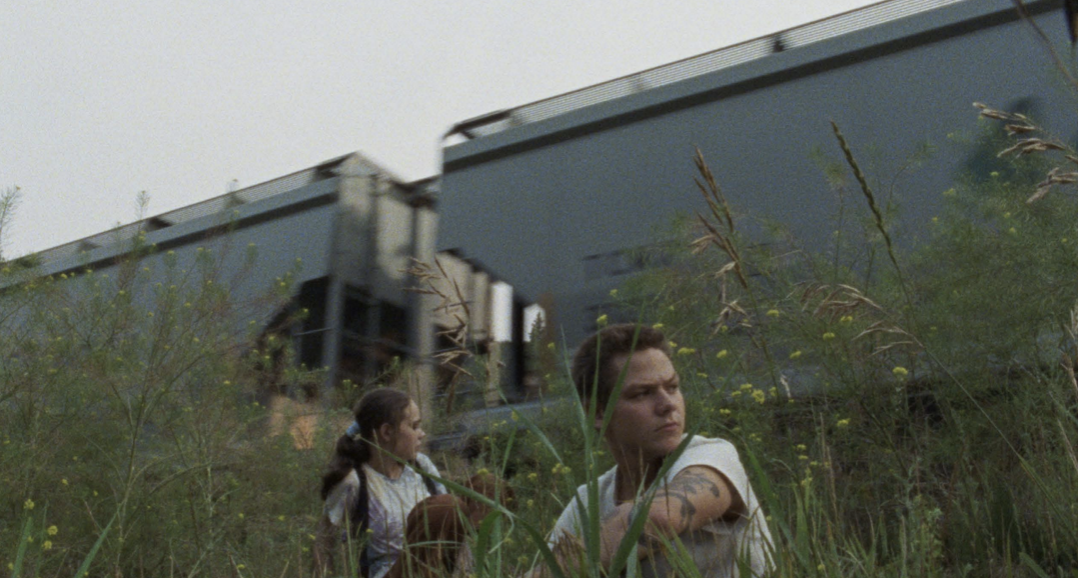 Whaddya wanna do for the next ten years?

I don’t even know what I’m doing tomorrow….

We don’t truly appreciate the carefree days of youth until they’re long gone. For some, these times tragically end before they even really begin. Toronto-based filmmaker Graham Foy has dabbled in the short form arena for nearly a decade and has now graduated to feature-length with his poetic, raw, and dare I say oddly sublime feature, The Maiden.

Shot and presumably set in suburban Calgary, the film unfolds in two parts. The first concerns lifelong besties Kyle (Jackson Sluiter) and Colton (Marcel T. Jiménez) who spend their after-school time skateboarding in the no man’s land where suburbia slowly recedes into a natural ravine (although as the film is careful to remind us, the former is always expanding). Turns out there’s no shortage of smartphone-free adventure to be had whether it’s swimming in a creek, giving a dead cat funeral rights or adding to the ever expanding graffiti mural under the railway bridge (Kyle seems fond of tagging the film’s mysterious title every chance he gets). The fun and games cease however when one of the pair is tragically killed in a rail accident leaving the other to process his grief amidst newfound solitude.

The second part finds another teenager separated from their lifelong friend only the introverted Whitney (Hayley Ness) has been abandoned by her more outgoing bff June (Sienna Yee) for a cooler crowd of friends. Effectively cut off by the world around her, Whitney seeks a new one in the ravine where Kyle and Colton once romped through. What she finds is surprising to both her and the audience and neither are sure if what we’re experiencing is paranormal or merely cerebral. But whatever the origin of this encounter, it’s a captivating one.

Graham Foy has crafted a slow burn of a picture that might turn off those with a shorter attention span, but reward those with a longer one. It’s honestly one of the more relaxing films I’ve reviewed here in quite some time, content to march, or more accurately amble, to the beat of its own drum.

The characters inhabit a world with a refreshing lack of online distractions (laptops are used fleetingly and a smartphone utilized once for music) which allows the trials and triumphs of human connection to shine through. The actors are disarmingly natural and never act as a soundboard for pretentious screenwriting. The 16mm cinematography is a welcome partner in organically rendering the film’s world, warts and all.

I think everyone thinks they’re lonely…

The Maiden strikes me as the type of film its characters would enjoy watching; relaxed, deep and free of the clutter found in flashier works. For those seeking a break from a media landscape seemingly hellbent on stimulating your senses to the breaking point and open to something a tad more spiritually healing, Graham Foy’s The Maiden may be right up your ravine.

The Maiden screens as part of VIFF at International Village 8 on Saturday Oct 1 @ 9:15pm