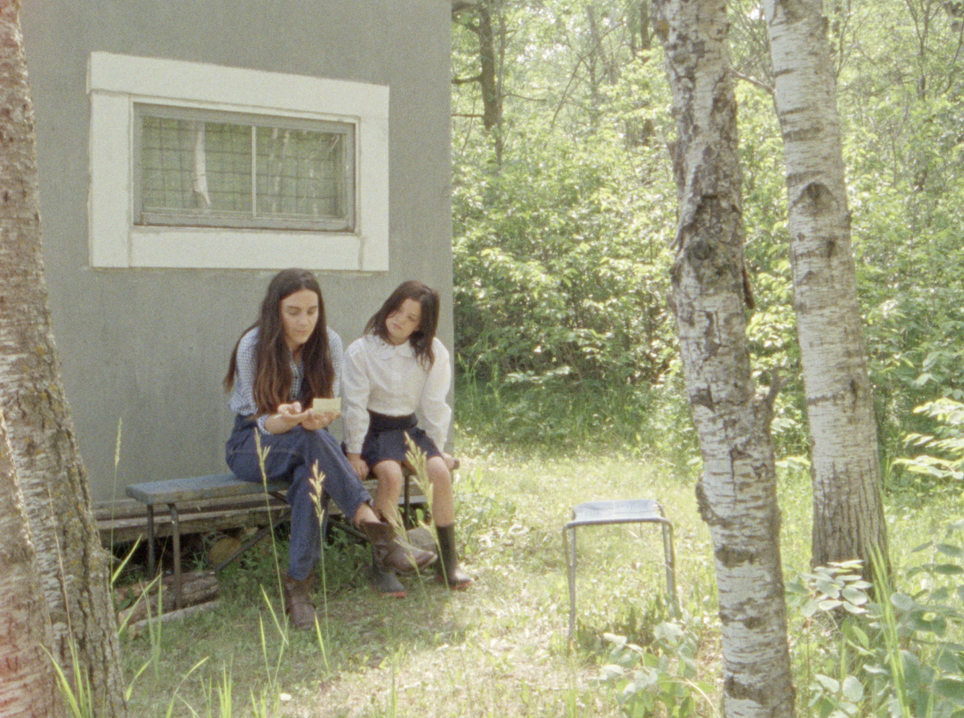 The Métis people of North America are a curious phenomenon created from early Indigenous and European contact via the fur trade. From this ethnogenesis was born a distinct culture that has and continues to struggle to carve out a distinct identity in modern Canada. It’s a culture that’s been largely absent from the Canadian screen (Last year’s Corruption of Divine Providence failed to impress me), so it was with eager curiosity that I sought Rhayne Vermett’s feature debut, Ste. Anne when it was announced on this year’s program.

After an unexplained four year absence, Renée (Vermett) has returned to her Manitoban Métis community to reunite with Athene (Isabelle d’Eschambault), the daughter she left behind. Renée’s sudden reappearance is not a smooth one and threatens to upset the familial balance, especially with her sister (Valerie Marion) and brother-in-law (Jack Theis) who have cared for Althene in her stead. As our protag attempts to put the pieces of her life back together with the ultimate aim of building a new life for her an Althene in the eponymous Ste. Anne, the very film itself almost seems to work against her as the clear becomes abstract and the grounded becomes unstable.

Ste. Anne is not an easy work to decipher. It’s well into the first act before you even get a real sense of who the characters are and what is going on. The cinematography is a group effort with at least five DOP’s (including Vermett, wearing many hats here) credited with the 16mm palette that is often deliberately scratched or flashed, as if unearthed from a previous generation. Scenes of ethereal haunting and mystery are broken up with just enough dialogue to keep the minimalist plot on track.

There is more attention to the details and intricacies of traditional Métis existence than is given to the big picture. The audience is challenged to fill in the blanks and decipher their own meaning which isn’t necessarily a bad thing. The end result gives me pause. I can find fault with the overall lack of clear narrative, but can’t ignore the inviting effect of the film’s texture.

Rhayne Vermett has crafted a work that may confound those seeking more conventional fare, but may be just what the doctor ordered for those weary of the usual multiplex madness. I myself was intrigued enough to give the film a second view whereas I may very well have dismissed it only a few years before. A for effort with a lower C-grade for clarity. Watch with a peaceful open mind.

Ste. Anne screens as part of VIFF on Thursday, October 7, 6:30pm at the Annex