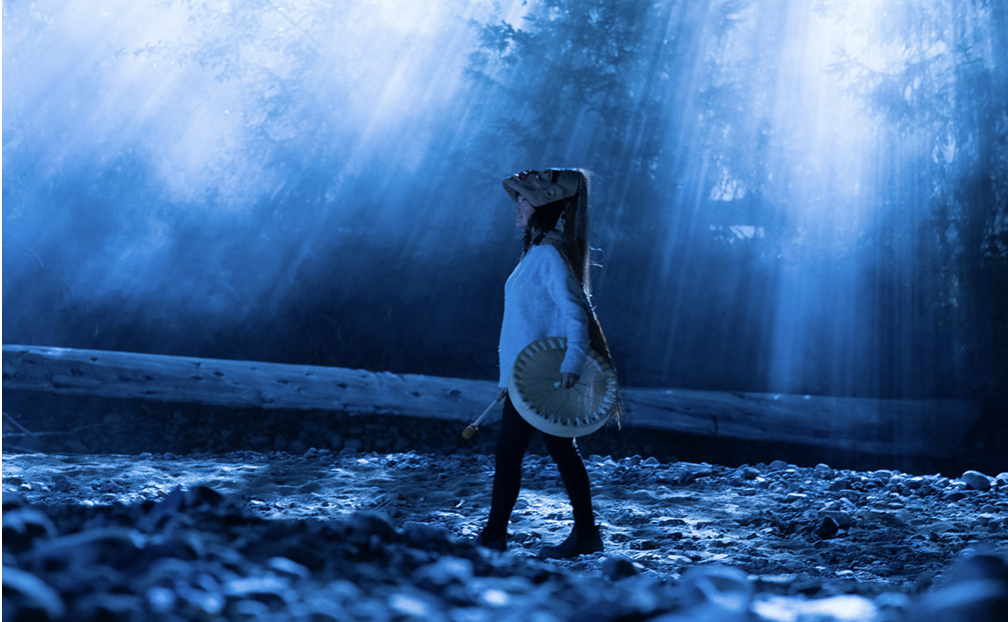 There’s a certain irony in having to leave home for a spell to see ourselves more clearly. Hindsight as always being 20/20 (if not 2020?), distance gives our demons perspective. In her debut narrative feature, documentarian Loretta Todd adapts Eden Robinson’s award-winning novel Monkey Beach, a deeply personal yet universal tale of homecoming and connecting with the past.

Fed up with her dead-end sojourn to Vancouver, twenty-something Lisa (The Revenant‘s Grace Dove) returns north to the Haisla Nation in Kitimat with the hopes of tying up any loose ends left behind and there are plenty of them. From patching things up with estranged mother Gladys (Stefany Methias) to keeping one protective eye on kid brother Jimmy (Joel Oulette) and the other on residential school-scarred troublemaker Josh (Glen Gould). And those are just the live ones.

It turns out that Lisa also has the ability to commune with the dead with the spirits of her murdered cousin Tabitha (Sera-Lys McArthur) and activist Uncle Mick (Adam Beach) a constant presence on her daily walk. She also possesses a form of clairvoyance which lately has been warning her of an impending drowning incident and her swimmer brother Jimmy seems the most likely target. With Lisa unsure whether to embrace her powers or run from them again, it will take the guidance of her grandmother Ma-Ma-Oo (Tina Lameman) to set her on a path that will bring her face-to-face with her destiny and make peace with her past.

If my plot summary sounds vague, it’s merely in the service of not spoiling one of the shiniest jewels in the recent wave of Canadian Indigenous Cinema. If The Grizzlies was the Inuit answer to the sports drama, then Monkey Beach is the Haisla response to the Superhero genre. That’s about the closest I can come to categorizing what is truly a spiritually-healing experience whether you’re Haisla or otherwise.

Todd has capably mixed the heroes journey with Haisla Heritage and supernatural, the latter breathtakingly realized with some of the best CGI I’ve seen in a Canadian film. The assured camera of cinematographer Sterling Bancroft lovingly frames the breathtaking Haisla Territory and the true-to-life characters that inhabit them. In a rock-solid showcase for Indigenous acting talent in Canada, Grace Dove is every inch the star she is cast as, effortlessly commanding the screen throughout her gorgeously-rendered journey. You can’t take your eyes of Monkey Beach, nor will you want to.

With all the bemoaning of the lack of Canadian or local identity in the work I’ve reviewed as of late, it’s very much refreshing to see something with a sure sense of identity, not only Canadian, but one that far predates our country’s founding. It’s a shame that the film will likely have its audience limited by Covid. When theatres return to full strength post vaccine or miracle cure, Monkey Beach would be one of the first I’d nominate for a wide re-release.

Monkey Beach screens as part of VIFF on Tuesday, October 6, 9:00pm at the Vancity Theatre.