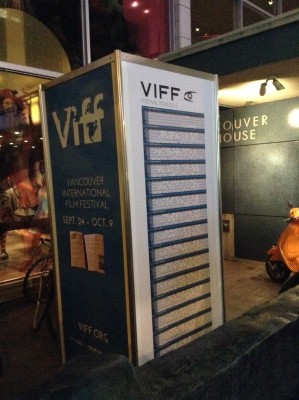 Sound of Trees – Kind of like Sleeping Giant, they both have slightly irrelevant titles, they’re both about teenagers dealing with struggles, and they’re both debuts of some kind for the film directors. This movie is all about Jeremie Otis (Antoine L’Ecuyer) who has a job working at his father’s sawmill. When he’s not working, Jeremie is doing the usual crazy teenager stuff with his friends, from consuming drugs to jumping off a bridge to firing potatoes from a custom bazooka. One of the main turning points in the movie is when Jeremie comes home drugged out one night and makes some pretty bad mistakes. Very similar to Sleeping Giant, this one was very enjoyable and worth watching. Took a lot of work and effort and it really shows.

Absence – Another film focused on a young adult, this seems like a common subject. Taking place in Brazil, Matheus Fagundes plays Serginho, who deals with way too much confusion in his personal life. His private tutor is his only source for trust, as the people at his workplace are very harsh, his mother drinks frequently, and his best friend says some of the most insulting things at times. It doesn’t seem like there’s much plot to this movie, but it doesn’t need plot as you can really feel Serginho’s struggling with life in Brazil.

Hadwin’s Judgement – A documentary about Haida Gwaii, but from a different perspective. This documentary focuses on the well known logging engineer Grant Hadwin who realized logging was a bad thing to do. If a tree falls in the forest and there’s someone sensible to hear it, it cries. Hadwin attempts to protest against logging by doing what he thinks will get the message across, cutting down one of the oldest, most sacred trees on the land. This really had people glued to the screen as they watched a film based off an inspiring book. Some say that the actual Grant Hadwin might’ve been watching and left shortly afterward.

Great events and movies as always, can’t wait to see what see even more.