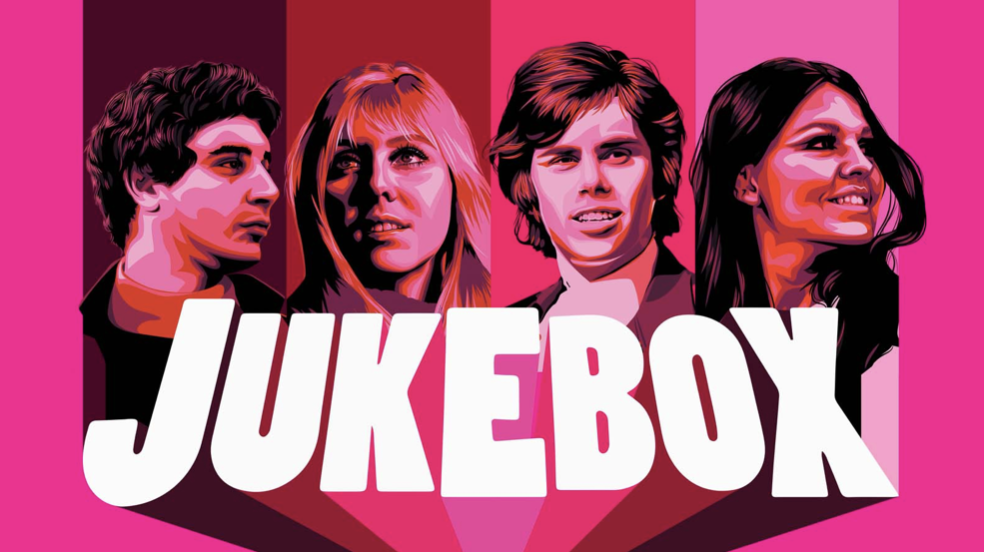 “When we think of the year ’67-68,” one of Jukebox‘s many interview subjects relates, “Pantis was the king. The numbers are there to prove it.” The son of Greek immigrants, Denis Pantis had dreams of rock n’ roll stardom in his eyes. But as this riveting documentary feature by Guylaine Maroist and Éric Ruel depicts, he instead became the undisputed king of the 45 single in Quebec for nearly a decade in the 1960s. And what a decade it was!

Still in his teens, Pantis recorded his first single under the name “Dante”, but found many roadblocks in the form of conservative radio stations and Catholic cultural guardians who preferred the more refined European sound. But the kids had already heard the universe-shattering chords of rock n’ roll from radio stations south of the border and wanted more. Pantis soon realized that there was an insatiable appetite for francophone versions of anglophone hits.

Starting with rising star Michelle Richard, Pantis promptly switched to producing and never looked back. Taking new Quebecois talent and matching them with the appropriate American hit after hit record, Pantis hit upon a winning formula that sent the nickel-operated jukeboxes spinning and the cash registers ringing.

But everyone who reaches the sun risks being scorched by its heat, and Pantis soon found himself dealing with scandals, changing tastes, and the limited borders and market of Quebec itself. Had he already reached the peak before 30? But this resourceful rogue won’t go down without a fight. You’ll have to tune in yourself for the thrilling(?) conclusion.

Jukebox tells its story with style and panache to spare, effortlessly weaving archive footage with insightful interviews to take it’s audience on a wild ride of a bygone era. Given that most of the players here were under 30 at the time, most are still around and keen to tell their story including Michelle Richard, Gilles Girard and of course Pantis himself, gamely walking us through his wild funhouse of Quebecois pop. The filmmakers make good use of the vast NFB archives to garnish the narrative with ample vintage b-roll enhanced with a dash of slickly-rendered graphics. It’s the closest you can get to a narrative drama without coughing up the budget for one.

One of the greatest thrills of the documentary genre is being introduced to a completely unfamiliar subject and being taken for a riveting journey. Like many outside Canada’s largest province, I’ve never heard of, nor am I likely to build a collection of Quebecois rock, but I certainly enjoyed the eventful visit! Whether you’ve just discovered the genre or have been collecting old 45s in your basement, Jukebox spins a world and personality just begging for a biopic adaptation. Highly recommended (and don’t forget your nickels!).

Jukebox can be screened virtually as part of the Victoria Film Festival (VFF) from Fri Feb 5 to Sun Feb 14, 2021