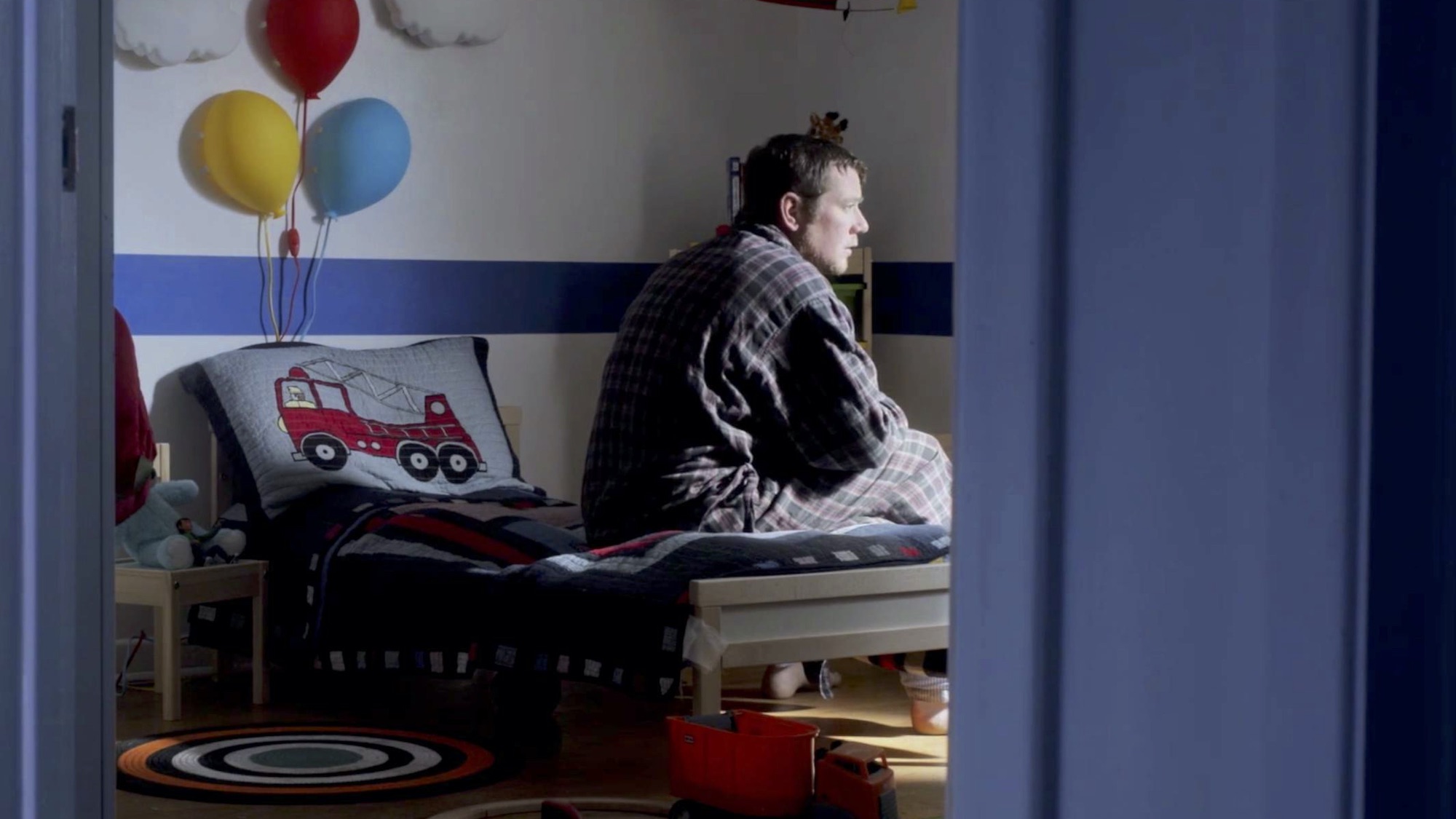 When you’re a parent, losing a child can be one of the toughest burdens to ever live with. I haven’t had that kind of experience but I do know some close personal friends who have had to live with this grief and it’s certainly not something to be taken for granted. That’s what one can see in this film, and some people can even relate to. Starting off, we meet Eli (James Acton), whose little boy has died to a condition that’s never discussed, those are always left to the viewer’s mindset. It’s really taken his toll on him and causes him to shut out the world as he sees one of his neighbours playing with her daughter which only makes him sadder. So Eli decides to clear his mind with some TV and watches a news broadcast where a determined middle aged man (Marc Gammal) used a lot of helium balloons to take to the sky and somehow survive in his homemade flying machine. That seems to be a common occurrence on TV both in animation and real life. This gives Eli inspiration to head into a party decoration store and buys as many balloons as he can along with a rope and every single canister of helium. Then he goes home to concoct his crazy scheme, spending a whole night inflating balloons and then going outside to work on more of his set-up. What exactly does he do with a billion balloons? Well, the outcome is almost similar to Up but it’s not what one expects. I’ll leave that for you to figure out.

This film made by Rebecca Kahn and Abhishek Prasad starts out with a dark setting combined with a few bright colours only for it to build up. As more colours in the setup and shots get introduced, things tend to lighten up a little more. There’s barely any dialogue in the whole thing, giving you that feel of emptiness one gets when they lose someone very close. Eli’s expressions also add to the feel of the whole thing making you really sympathize with him. But of course, the whole delivery shows nothing can be what you expect and sometimes making things better somehow ends up making things worse for you and those around you. Because of the colours and happy feelings in the middle, you would never guess it to be the kind of genre it’s marked as. A shocking film that was rather dark, it goes to show happiness doesn’t always triumph over all. Especially given certain circumstances.

You can watch the short film here.