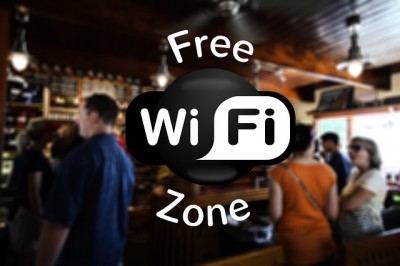 WiFi – I don’t even think this qualifies as a short film. It’s more like a commercial. A commercial for what’s wrong with the world today. Everybody relies on the Internet. Some even a little too much. And that’s what this movie shows. In an unnamed café, the owner takes a five minute break from her post not knowing she has dislodged the Internet cord from the hub. Immediately everyone almost goes into panic attacks struggling to find out how to fix the wifi. That’s when they notice one guy who’s simply reading a book. Things get worse from there. It’s short and simple, and just hilarious. Well, kind of. I’m almost afraid this could happen IRL if the world keeps dumbing everyone down.

Junko’s Shamisen – What starts out as untranslated narration by a Japanese sensei slowly turns into a comic style of movie starring Junko (Clemence Wong) and her blind grandfather (Kenji). Junko’s grandfather starts rambling about the old days and learning the skills of shamisen while Junko fools him with a dummy and wanders into the forest alone. There she finds peace — for a while — when the family’s Samurai kills the Grampa for badmouthing him. Junko hears the commotion and runs back to see her home on fire. Now it’s time for her to seek revenge on the Samurai. But mustering up courage isn’t easy so she relies on her mystical friend, a fox in the forest. Some more untranslated talking, and we go to the village where Junko takes her fox friend to look for help. That’s where she finally meets the samurai. An artistic and very well worked out film. The story was simple and interesting, the live people on the comic like 3D backgrounds were pretty fantastic looking, and the use of grayscale mixed with some red made it look very stunning. A beautifully made film even if the bloody ending was a bit on the heavy side.