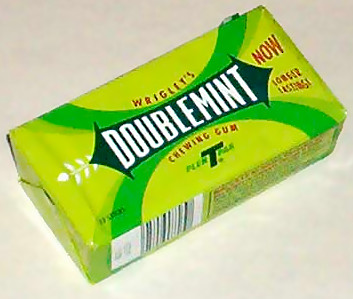 Life and Death of Wrigley Chew – Anyone will make just about anything about certain subjects to film these days, and Jackie Koehler’s film about chewing gum is no different than most short animations. Starring a small stick of gum in this speechless short, the stick of gum is tossed into a boy’s mouth (Tom) where he enjoys his purpose in life. First everything’s dark, then things get bouncy, then things get squishy. And then things get on the hype. Actually, I wasn’t that interested. It’s just dancing gum bouncing around on different teeth and a tongue, nothing fancy. This would keep a kid entertained, but I’m so bored of dancing squishy objects that are meant to be inanimate. It’s like watching the salsa scene from Flubber. And our gummy hero is stuck to the bottom of a chair anyway.

Gum – Noam Sussman’s take on animation of gum takes things in a completely different direction. As in unpredictable kind of different. Starting out, a creepy animation shows an awkward shaped woman having swallowed a piece of gum and gone to the er, dentist? (There were pictures of teeth all over the office) Anyways, the dentist pulls it out of her birth canal (wait, what?) because it happens to have impregnated her with a tiny gum baby and it’s up to the tiny doctors in the dentist’s mouth to help the baby. This made no sense. To make matters even weirder, someone said the short was based on a true story. Yeah, a true story of someone’s acid fantasy, I’ll bet. The animation was creepy and awkward, the music was just some guy making sounds, and there wasn’t much of a story. It was just weird, that’s all.