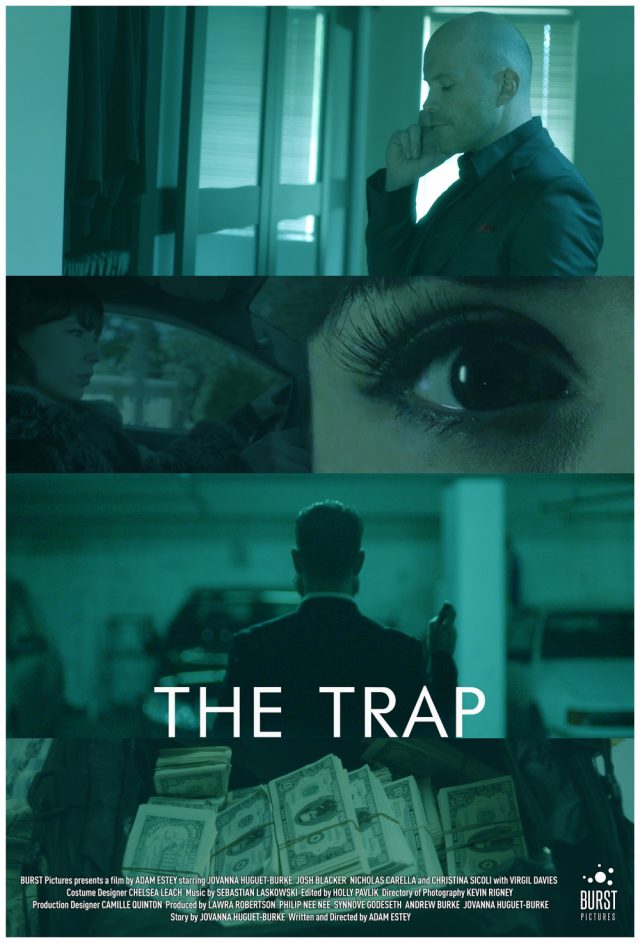 Sorry, I had to. I’ve always wanted to say that overused meme in one of my reviews.

A shocking thrilling short film about a woman named Audrey (Jovanna Burke) who intends to go on a quest. What kind of quest? An escape from her husband, Marvin (Josh Blacker). Yup, he’s abusive. There’s so many of these guys in films, it’s as common as little girls with unnamed life threatening diseases. If physical abuse isn’t enough, he’s also a robber.

So Audrey grabs everything she needs, or rather, she raids his vault, packs a bag, then drives away in an expensive car that he probably also stole. As she looks back on the past, Audrey remembers how Marvin has taught her that people will do anything for money.

As Audrey hangs out with a friend (Christina Sicoli) helping her through this situation, she suggests Audrey talk to the police. But that’s not easy when you’re running from a know-the-ropes thief who seems like a potential protagonist in a future game of Grand Theft Auto.

When Marvin finds out what Audrey did, he has to call one of his few contacts in crime to take her out. Audrey feels she’s in the clear only to take notice of a stranger approaching her (Virgil Davies), so she escapes with her new found love interest (Nicholas Carella) at a bar. However that’s when things take a turn for the unexpected. And suddenly the unexpected again.

Now this was a unique style of short film, the characters were well played, the lighting and set up added to the sinister tone of it all, and the concept was just breathtaking and incredible. It goes to show what a little or even a lot of planning it takes to handle any situation no matter how complicated. Also even more interesting is that it was made by a few people I actually met in the industry (full disclosure . . . )