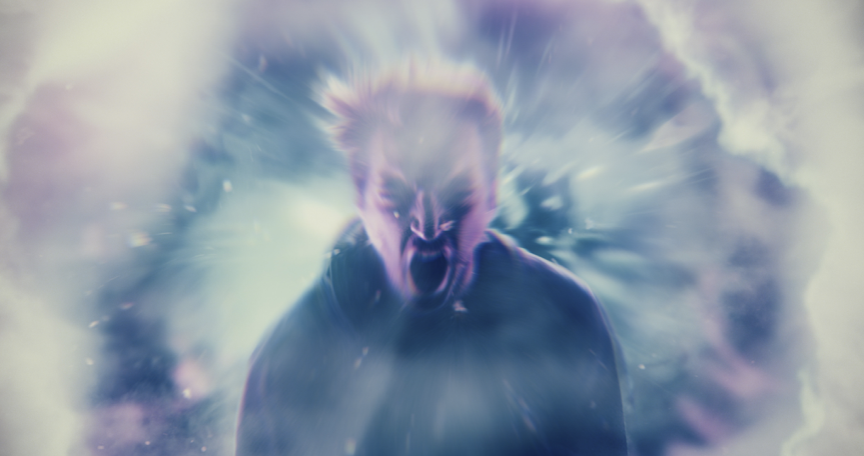 “I think there’s a naked murder-ghost in your house…”

It’s difficult to think of a ghost story that doesn’t revolve around past trauma of either distant or recent origin. A traumatic event can ripple forward enough to wreak havoc on whatever poor unfortunate souls happen to come into its orbit. The lamely-titled The Return manages to subvert at least a few expectations even while it reinforces others.

Rodger isn’t super keen on this homecoming, given the childhood death of his younger sister Amelia (Zoe Fish) and less-than-fond memories of his overbearing scientist mother (Gwendolyn Collins) who mysteriously disappeared when he was 14. Both of these past events collide in a violent CGI-haunting that threatens the group, causing Rodger and co to dig into his past and unlock his repressed memories with the help of the reluctant Dr. Cox (Marina Stephenson Kerr). As they go deeper and deeper down the rabbit hole, they begin to realize that these hauntings may not be so supernatural in nature, but more of a quantum leap gone wrong.

BJ Verot packs some solid ideas into his feature debut. Unfortunately, most of the juicy ones are stacked in the second half by which time most of the audience may have nodded off due to the film’s rather formulaic beginning. The sluggish first half is somewhat alleviated by stars Harmon with an understated, yet empathetic performance as Rodger and the scene-stealing Echo Andersson who does more with Jordan than the script might have intended. The film also makes unique use of altered aspect ratios and unsettling editing for its frequent flashbacks. Points for style.

The Return might not be your first on demand choice, given its position far down the alphabet, but might make a nice B-feature pairing with 2019’s Volition if your evening allows.