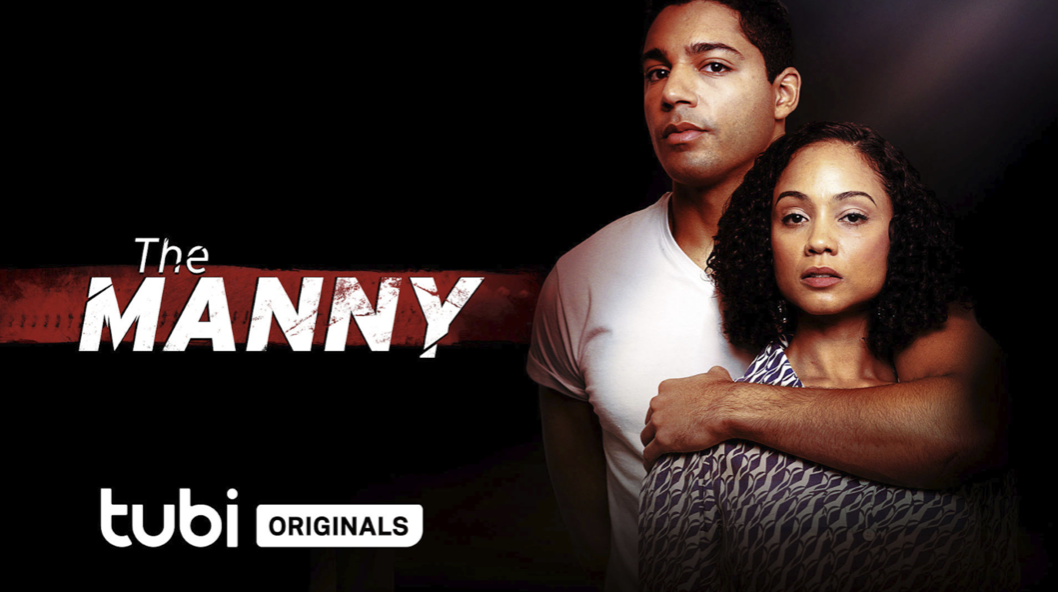 I’ve worked in post-production on the humble “Movie-of-the-Week” (MOW), the workhorse of the Canadian film/TV industry for many years now. I’ve seen them shot, assembled, re-worked, mixed, and scored as they evolve into products for mass-audience consumption. But it’s never occurred to me to actually review one for this site before. Nonetheless, it’s a rather slow week at Hollywood North Magazine, and since up-and-coming streamer Tubi is joining the gold-rush of producing original content, I’m taking a look at their latest Ontario-shot thriller, The Manny.

Celebrity chef Lani (Joanne Jansen) has her hands full with a new network cooking show and is seeking a nanny to look after her young son Jaylen (Ashton Ayres). While preferring a female candidate, she ends up being charmed by the youthful and handsome Morgan (Michael Evans Behling) who easily connects with Jaylen and comes with excellent references.

Things start off well enough as Jaylen takes strongly to Morgan and life in general is made a little easier for our heroine. But wouldn’t ya know it? Lani soon finds herself being isolated from the other people in her life including potential boyfriend Zack (Brendan Morgan), best friend Rebecca (L.A. Sweeney), and Jaylen’s father Darren (Jamaal Grant) as they all begin to act irresponsible, or at least that’s what Morgan has her believe through various circumstantial evidence.

But when Lani’s personal assistant Mercedes (Hailey Summer) ends up dead under dubious circumstances (be careful around those Murphy beds), Lani begins to suspect what the film’s musical score has been trying to tell her all along: that Morgan himself may be up to no good. But with his claws so deep in the family, severing ties from the titular “manny” may not be so easy.

The above plot synopsis injected far more suspense than this movie’s script bothers with as we are left with zero doubt as to Morgan’s intentions from the first scene. This isn’t wholly a bad thing and can be quite effective as shown in works like The Stepfather. But with very little punch in the beginning or throughout, The Manny fails to generate much interest in its characters motivations or plight and the audience is left with a standard meal where they already know the taste of every course.

The largely Canadian cast does their best to earn their next paycheck while American import Behling more or less capably juggles the dark and light sides of Morgan although the former feels a little sanded down from censor or network interference (there are few sharp edges allowed in these products). Ayres as young Jaylen stands out for the unfortunate reason of ostensibly going through puberty during filming with no money left over to loop his bass drum of a voice.

In the end, reviewing an MOW feels a lot like writing a restaurant review of Burger King. It’s rather silly critiquing a knock-off of a knock-off as you know from the very first frame what you’re gonna get. It’s the kind of low maintenance content you can leave on in the background as you clean the apartment or make a sandwich. For that, and the fact that it helps to keep Canadian film workers gainfully employed, I won’t begrudge The Manny too much. But for now, maybe stick to Hallmark Xmas for your household background noise.

The Manny can be streamed for free on Tubi