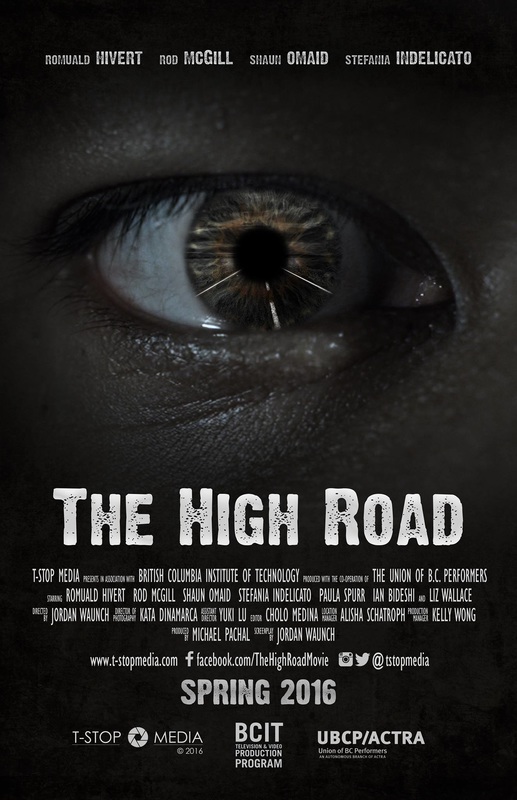 Hailing from the creative minds of T-Stop Media, The High Road tells the story of a young man named Charlie (Remould Hivert) who enjoys working at a homeless shelter called the Gathering Place, where he gives out medications to the individuals of the community who, well, are unable to afford housing. Even less able than the average Vancouver resident. But anyways, everything is supposedly going well except for the fact that one man out of his element named Ozzie (Shaun Omaid) is not cooperating as he steals other people’s dishes of food and finally goes out of control, hurting Charlie’s personal favourite slum dweller, Ken (Rod McGill). This causes Charlie to take to alcohol and the homeless people’s drugs as his life continuously spirals out of control.

The story was certainly very moving and put me on edge. Kind of. Sort of. Okay, I saw some of it beforehand, but that’s only because I was on the set as background (I’m that dude with the long messy hair). Aside from the rather tense moments, the ending was rather sad with a bit of hope instead of the usual “everything is going down.” During the drug overdose moments, the montage and effects together mixed with the gloomy yet scenic lighting was actually a pretty stunning visual, showing just what Charlie was feeling. Acting was genuine and very well done, though some of it started to slightly decline near the end.  If there’s anything that anyone can learn from this, it’s that the kindest individuals can snap unexpectedly at whatever unfortunate event may befall them — and working with the homeless makes it all too likely to happen.