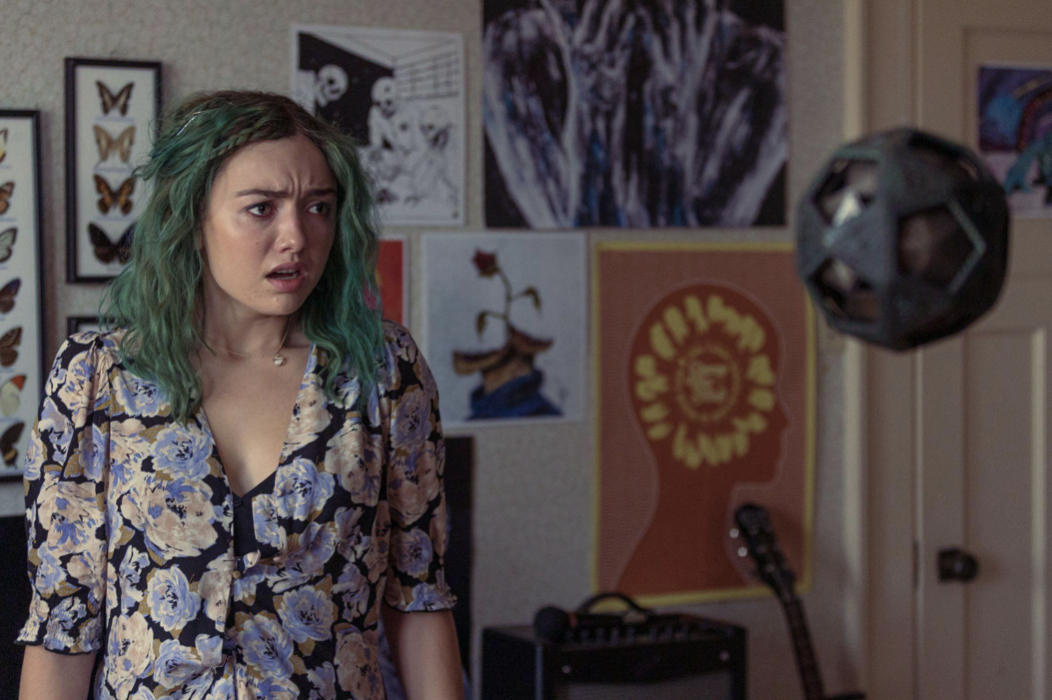 Never are the bonds of childhood friendship more tested when we hit the beginning stages of adulthood and move on to different cities, schools, jobs, etc. It’s rich dramatic ground that director Scooter Corkle barely manages to scratch the surface of in his sophomore feature, The Friendship Game.

Longtime friends Zooza (Peyton List), Cotton (Kaitlyn Santa Juana), Court (Kelcey Mawema), and Rob (Brendan Meyer) have just graduated from their senior year of high school and harbour mutual anxiety on whether their friendship will last the transition to adulthood. Cotton finds a mysterious orb “game” at a local garage sale, the object of which is supposedly for the players to confess their deepest desires and see if their friendship survives them coming true.

The quartet plays one round of this ouja/magic 8 ball and we promptly flash forward to later in the summer where the remaining three friends have already begun to drift apart. But the mysterious disappearance of Cotton forces them to reckon with whether the game they played earlier has resulted in deadly consequences. The key to this mystery may lie with Kyle (Dylan Schombing), a young hacker who has been secretly spying on the group via their laptop webcams.

If that synopsis was difficult to get through, I can assure the reader that it was even more tedious to witness over 87 tedious minutes. The script does the absolute bare minimum setup before plunging the audience into the plights of characters we barely know and care next to nothing about. If the idea here is to see deep friendships tested, shouldn’t we be invested in those relationships in the first place? The movie certainly doesn’t think so and with the film piling on one puzzling twist after another that seemingly added up to nothing of consequence, I personally found myself constantly checking the timecode of the screener, waiting impatiently for the end credits to finally arrive.

It’s worth noting that the young cast seems to be pouring everything they can into their thinly written characters with decent support from more veteran supporting players. The game prop itself is sheer eye candy (presumably courtesy of Production Designer Richard K Simpson) and the sound design is an aural delight resulting in a slick technical presentation of lacklustre material.

Clumsily plotted and hopelessly undercooked, The Friendship Game is proof positive that no amount of competent acting, cinematography, sound mixing or eye-catching production design can overcome an inadequate script. Your time is too valuable to waste even the relatively short runtime this movie takes to unfold. If you’re really curious, just put on some creepy music, flip through the promotional stills and then move on with your life.

The Friendship Game is now available on all major VOD platforms