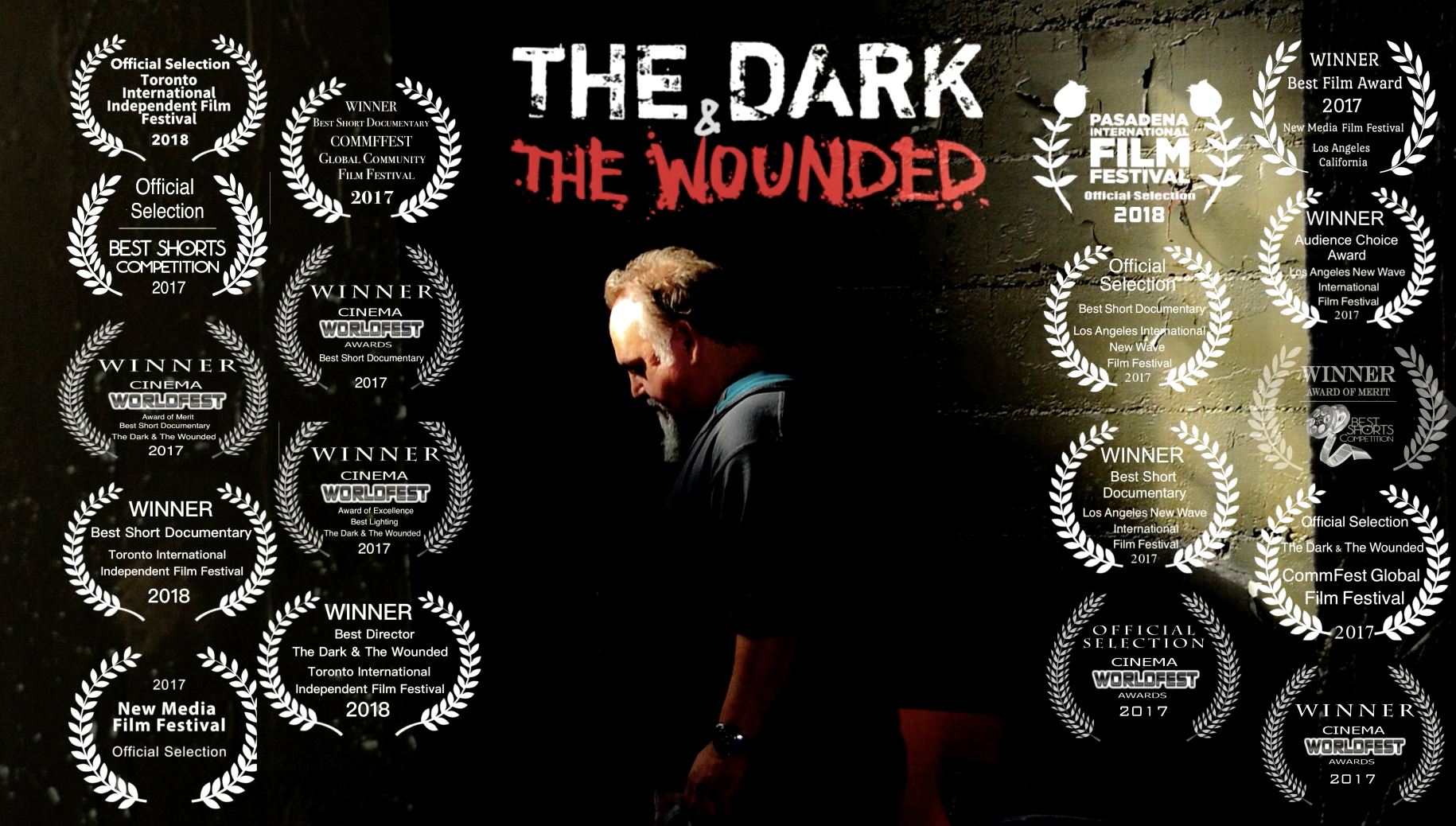 Finally, a title that describes me. An interesting subject as well. The Dark and The Wounded tells the story of an artist named James Picard (pretty cool name if you ask me) when he started as an artist as a child. But his alcoholic and abusive father would throw little James’s drawings into the fireplace and do even worse things, troubling the poor lad’s life. Years later, depressing news spreads throughout the world, and James solves his depression through the only way he knows how: with incredible paintings.

The documentary shows James’s collection of paintings and what he did with them. Originally drawing drawings for a movie production in an asylum. Abandoned prisons and asylums are a perfect spot where the dark and wounded have once resided. When he looked around the area, he thought it would be a great place to showcase his work, so he told the owners of the building he was making a film. When guests/extras entered the exhibit, they were rather freaked out by the imagery that James had painted. Contributing to the exhibit/film was Emmy Nominated Composer Jeff Danna, Dave MacKenzie, and a wide array of crew members.

The paintings came throughout other exhibits that were filmed in Vancouver, Toronto, New York, California, Washington and Pennsylvania. As the documentary goes on, James and his crew talk about the difficulties of talking with customs and building owners, traveling from one country to another, and the set up of every exhibit within a place. Extras also take the time to share the emotions they felt when they looked at the paintings. After months pass since being declined from the Alcatraz Federal Prison, James finally sent a proposal, but he never gets through, and soon this issue starts taking him over in a bout of frustration. Things get much when his only source of support, his sister has been killed. But he keeps his head up and fulfills life by leaving a legacy of painting and re-applying for the Alcatraz Prison for the first time in a long time. Eventually, he gets through.

The documentary is the most powerful work of art in showcasing works of art that are powerful. Hearing from the visitors really makes you feel you’re in the same position they were in. The visuals are ominous and very well arranged. I’m a huge fan of creepy disturbing art so this is a high-ranking favourite of mine. It’s amazing how a disturbing past of someone’s life can be made into one of the greatest touring exhibits of all time. A great film for anyone to watch, if you haven’t checked out this exhibit, be sure to keep an eye out for this documentary. The visuals may give you nightmares, but you’ll enjoy it nonetheless.