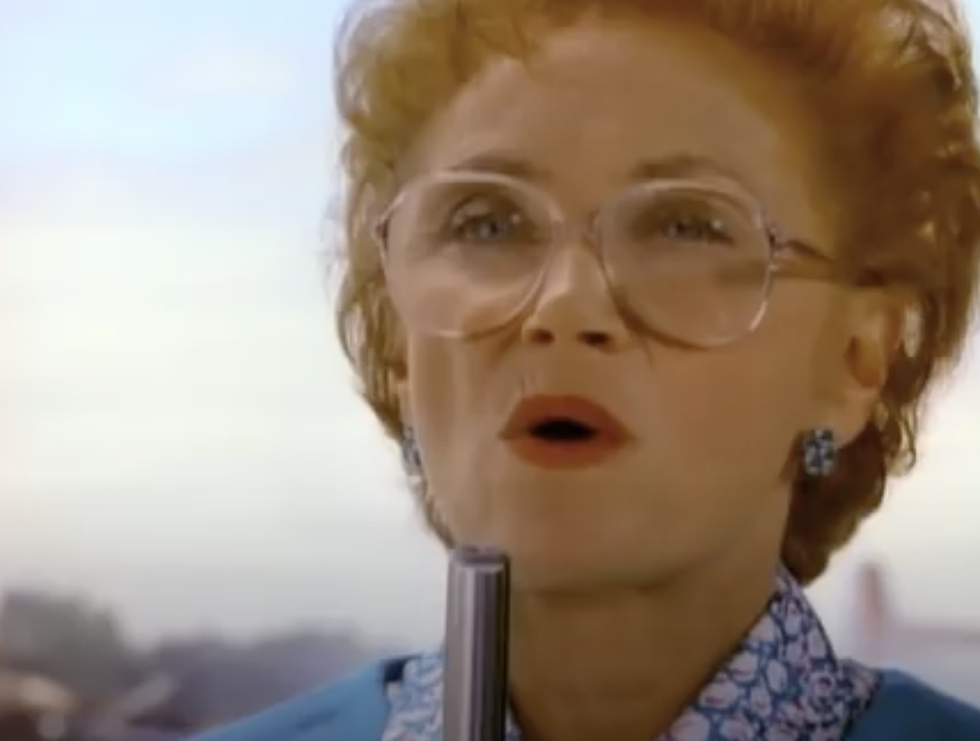 Like few other movies, Roger Spottiswoode’s 1992 release Stop! Or My Mom Will Shoot made me reflect upon my position as a reviewer over these past few years. So much so, in fact, that it almost immediately brought to mind the tagline of famed Canadian critic and TV host Richard Crouse: I watch the bad movies, so you don’t have to. And when Sylvester Stallone himself singles out this particular one as one of the greatest regrets in his illustrious, albeit erratic career, then you know it is a bad movie.

What is most surprising here is that the director here is British-Canadian Roger Spottiswoode, whose 1988 movie Shoot to Kill I reviewed last week. While I did to point minor issues with that particular movie, I felt that none fell at the feet of Spottiswoode himself, who delivered what is ultimately a great thriller with buddy cop elements. The same cannot be said here, though Spottiswoode never really stood a chance when he was directing an abysmal screenplay that neither he nor Stallone ever really believed in; this was surely nothing more than a paycheck to them.

The story itself should have been enough to turn both men away. It follows the story of Sergeant Joe Bomowski, a member of the LAPD whose overbearing New Jersey-based mother, Tutti (Estelle Getty) is visiting him for the first time in several years. Tutti dotes on Joe constantly while also interfering in both his personal and professional life, much to his frustration. However, when Tutti is the only witness to a murder in downtown Los Angeles, she and Joe become embroiled in a dangerous case that ultimately brings them closer together.

Believe me, this movie is much worse than it sounds. Following an opening scene that ends with Stallone nauseatingly blowing the smoke from his gun, I thought it had already reached its pinnacle of awfulness. How wrong I was. Five minutes later an air hostess, who had been shown Joe’s baby pictures by Tutti, remarks “You know, you looked real sexy in those diapers”, which in my mind is one of the most disturbingly awful lines to ever make the cut in a Hollywood production. Things don’t get much better either when poor Estelle Getty starts spouting out lines in the African American vernacular. Each and every one of these scenes give the sense that Spottiswoode shot it once, if not a handful of times until everybody at least got their lines right, and then moved on without a care in the world.

There would at least be some kind of redeemable quality to this exercise in psychological pain tolerance if there was any onscreen chemistry between Stallone and Getty. You know, the people who play the buddies in this so-called buddy comedy! But no, Spottiswood and the writers could not even get that right, leaving these well-established actors floundering onscreen like fish out of water, gasping for the air that’s not there.

On one occasion, demoralised by Tutti’s constant mothering, Joe cries out “Oh God please, make it stop!”, but there is no God. If there was, he would have answered my own prayers and put me out of my misery well before its conclusion, which, at 87 minutes, is 87 minutes too long.