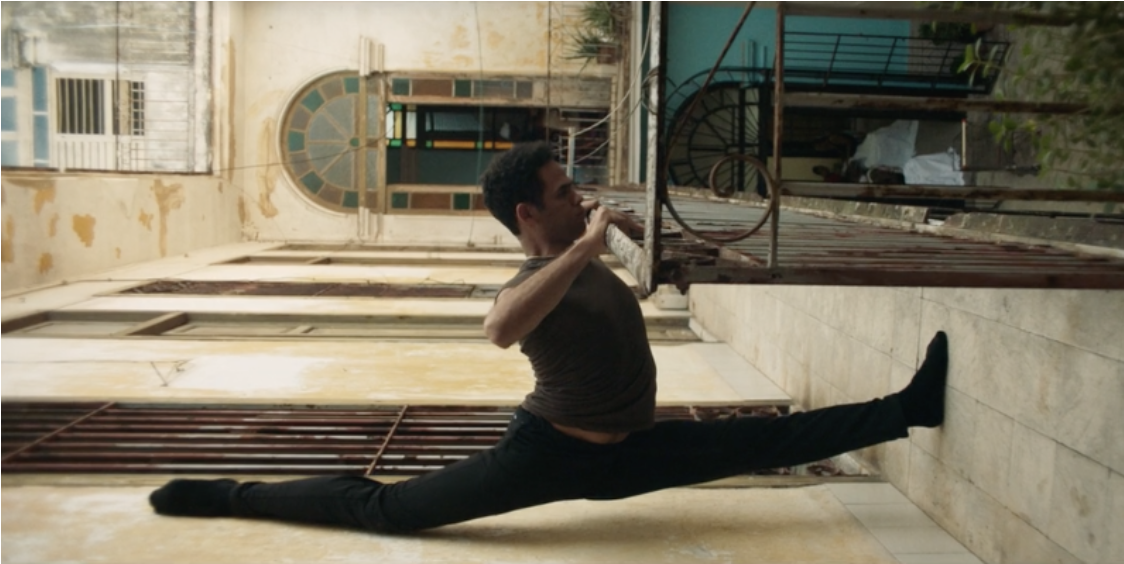 While even the most cursory glance at the Earth renders a unified globe, borders are very much a reality for those of us on the surface and the desire to cross them drives many to the darker parts of their nature. Documentarian Kaveh Nabatian takes a detour into the narrative film with Sin La Habana (translation: Without Havana).

Headstrong ballet dancer Leonardo (Yonah Acosta) longs to leave his Cuban hometown for better opportunities on the world stage. But when an outburst costs him a role on his company’s “Romeo & Juliet” tour, he resorts to more drastic means to escape by seducing Canadian tourist Nasim (Aki Yaghoubi) who consents to move him into her Montreal home.

As Leonardo attempts to break into the Montreal ballet scene, he conspires to have his Cuban girlfriend Sara (Evelyn Castroda O’Farrill) join him via marrying his work buddy Julio (Julio Cesar Hong Ortiz) with both Cubans planning to dump their Canadian partners for each other when the time is ripe. But this wouldn’t be a film worth watching if there weren’t a few unexpected wrenches thrown in these best-laid plans that even Leo’s spiritual devotion can’t untangle him from.

Habana is at its best in the hands of its actors and Acosta leads the company splendidly as the troubled Leonardo. He manages to juggle capably between his two personalities as streetwise Cuban and exotic lover all while slowly morphing into a climatized Canadian (and it’s a frigid climate with much of the film shot during a Montreal Winter). Yaghoubi refuses to play second fiddle as a career woman trying to move on from a failed marriage that left estranged from her conservative Iranian parents.

It all takes a little while to truly appreciate, however as the film starts on a wildly disorienting note with spiritual overtones rendered through a film-school lens and ending the film the same way. This has the effect of bookending the narrative in a rather inaccessible manner . If the film does indeed have something deeper to say, it’s gone over the head of this reviewer.

Nabatian’s cross-border and trilingual drama excels on the strength of its performers, if not necessarily its presentation. The intersection of competing cultural interests is compelling on its own, but could have been even stronger with a more sound focus. In these stream-happy times, there’s always the mini-series format.