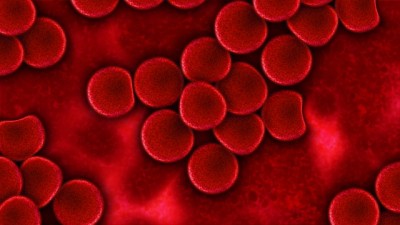 There’s not much to say about it. I felt like I was watching some sort of surreal artist’s paintings turned into a movie. Or one of those creepypasta stories about kids’ cartoon shows with twisted lost episodes. The story is narrated and shot by Oliver Hockenhull who talks about how almost everything was shot with a 35mm camera. First there’s mentions of the first motion picture by Eadweard Muybridge, then there’s the talk of how Hockenhull used his own blood cells to tint the pictures he made manually.

Almost everything I’m watching starts getting trippy and the music gets awkward itself. It’s kind of disgusting to think a guy used his own blood mixed with food colouring. But if you can’t find a camel, sometimes you have to improvise. He goes on to tell what his images result in. And then Hockenhull talks on about subjects such as paintings, and an abstract building in Vancouver, and other somewhat unrelated things. And little of this whole thing makes any sense at all.

This documentary seemed to be more about the strange visuals than it was about what this guy used for film equipment. I’m not sure the subject was entirely dwelt on or not. It was like Hockenhull was creating a drug dream you could watch without actual drugs. Everything I saw was colour-inverted, washed out, or wavy. And I thought what I watched yesterday was strange. After seeing something as nightmarish or awkwardly visualized as this, people can be scared to go near their screen. Me, I’m just gonna stare out the window and try to figure out what the meaning of this was.

Best Horror Movies: Which Does Each US State Love Most?