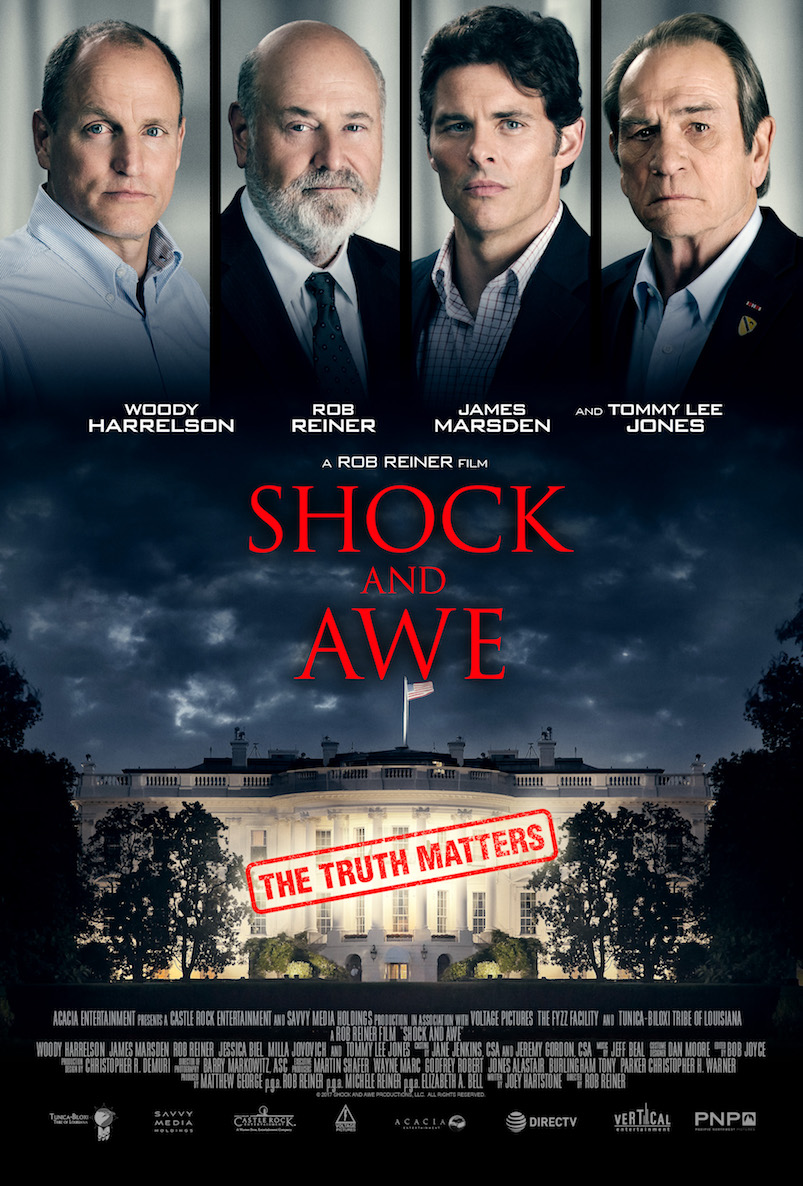 Politics are some of the most twisted things people can ever get involved in. They’re like the most serious subject one can talk about, but sadly, politics are never taken too seriously. So let’s go back to a time when they, well, were a REALLY big deal. Back in the days when Saddam Hussein was alive, and the United States made it their mission to hunt the guy down and supposedly save Iraq with the only method they could: Sheer force.

Based on true events with stories expressed as told by several people involved, our film begins with the emotional aftermath of that fateful day on September 11. Nobody seems to get more impacted than the journalists at Knight Ridder in Washington Bureau. John Walcott (Robe Reiner) the chief tells his co-workers to find out as much info as they can regarding the attack in order to make it into a story that everyone can read, digest, and understand.

But there are so many theories floating around that making a true story out of it isn’t easy. The whole movies consists of different journalists going on a wide variety of journeys to figure out the real answer. Just about everyone is saying it’s Iraq. And of course, US armies head out to Iraq in an attempt to find Osama Bin Laden. The Journalists of Knight Ridder are having troubles getting their stories published from the other papers as they try to figure out the truth while the US and Iraq only get more chaotic with each other. The staff of Knight Ridder try to provide the news unlike every other news outlet as multiple perspectives make an even bigger mess. Things get a bit out of hand when journalist Johnathan Landay (Woody Harrelson) has trouble getting some legitimate sources and struggles even further when his work starts to ruin his personal life. In a couple side stories, journalist Warren Strobel (James Marsden) gets into an awkward relationship with his neighbour Lisa Mayr (Jessica Biel), and highschool graduate Adam Green (Luke Tennie) gets himself recruited into the army to fight for his country (much to his parent’s chagrin).

This is probably the most amazing film I have seen to have discussed the matter behind 9/11. This is probably the truthful and factual media I’ve actually seen. It provides a better story than the news ever did. Technically, not everyone knows what the whole cause was, and there’s probably going to be some riffraff from different political views. But there’s one thing we can all agree on: 9/11 was a very disturbing day for the United States and its had a big impact on the rest of the world since it all started. Back then, I didn’t seem affected too much by it, but to this day, it’s been such a big deal to me that I can’t even watch that episode of The Simpsons where Homer goes to New York (to be honest, I kind of disliked it as a kid). I recommend everyone to see this amazing dramatic film, not everyone will agree on perspectives, but they still might learn a thing or two. Who would’ve thought some journalists came up with the initiative to tell the story in a way unlike the other major news companies? This shows the message being that one shouldn’t be afraid to express the truth no matter how risky it is. And that among all the fake news outlets today, there’s one beacon of truth somewhere out there, all you have to do is feel it.