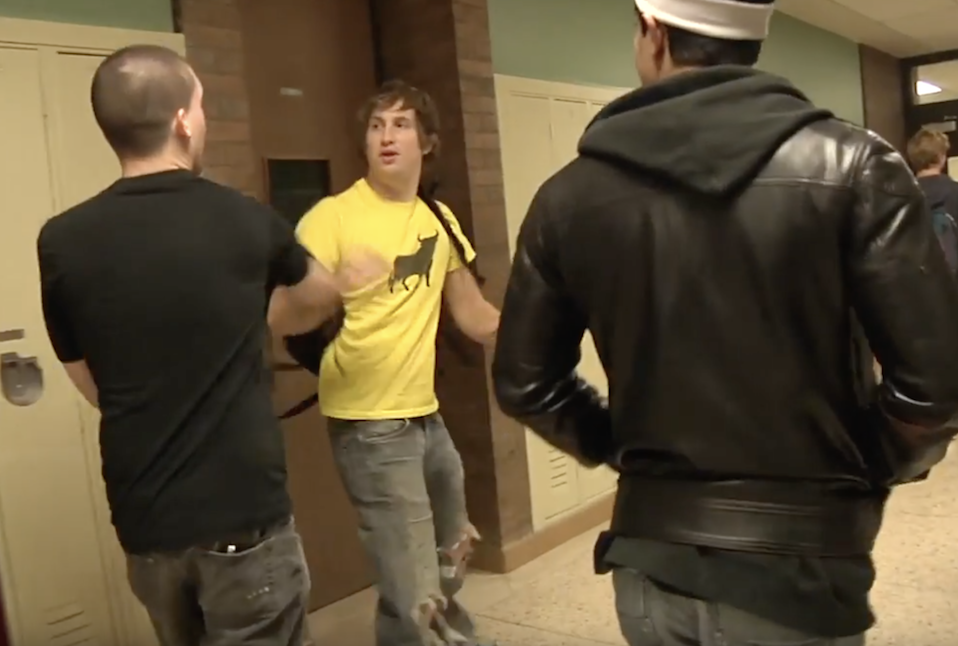 From time to time, along comes a film that kick-starts an alternative trend in cinema, which more often than not leads to numerous imitators whose own attempts can breed mixed results. There are generally two potential reasons for this: the first is that director produces a film of nuanced artistic merit, which in turn influences the work of his/her contemporaries; the second is that the new cinematic approach, however it is viewed by critics, resonates with audiences, leading to huge financial gains that leaves studios practically tripping over one another trying to capitalise on the trend, however long it lasts…that is, if it ever ends.

While either of the reasons described can certainly function without the other, they generally tend to overlap in varying ways, whether it be the booming effect of Jean-Luc Godard’s Breathless on the French New Wave, or by contrast the enduring influence of Christopher Nolan’s The Dark Knight upon the superhero genre.

While it is technically not the first of its kind (that distinction goes to 1989’s McPherson Tape), the massive success of 1999’s The Blair Witch Project is credited with spearheading the found footage genre, which still continues to be a lucrative market for studios today, assuming they possess the right material to market to audiences. The Paranormal Activity series has proven this to be true on more than one occasion.

So for better or worse, the found footage genre found its way onto the world stage of cinema, and filmmakers have attempted to use unique traits of the genre to branch out from its horror roots. Josh Trank did so with his superhero twist to the genre in his 2012 debut Chronicle, finding both critical and commercial success with a surprisingly deep narrative that transcended both genres to produce something fresh. Yet, it lacked bite when it came to social commentary, which was an angle for the genre I had not even considered until seeing Matt Johnson’s The Dirties.

It must be noted that The Dirties is not the first of its own kind either, as 2003’s Zero Day deals with gun violence in school, but without the comedic flair found in the former. In this 2013 low-budget feature, director Matt Johnson uses staples of the found footage genre to weave The Dirties’ meaningful tale on the effects of both bullying and gun violence. I still find myself reflecting on passing events in the film, and appreciate it more as a whole than I did when I was initially watching it, as I found myself trying to figure out Matt Johnson’s exact intentions for his feature film debut.

This is at the core of my initial misgivings about the film, as it seems to lack objective direction for a significant chunk of the film’s opening, while succumbing to some of the more overarching issues of the genre, particularly where pacing is concerned.

Yet, the genre’s inherent documentary feel perfectly complements The Dirties’ aforementioned themes, which is further aided by Johnson’s deceptively acute direction of his actors, whose performances are uniformly natural. I even found myself relating on an unexpectedly personal level with Owen (Owen Williams), one of the main characters who experiences what I believe to be the most intense instance of bullying in the entire film.

The found footage genre offers Johnson a sincere sense of tangibility few other genres can offer, and its accomplished genre-blending generates a dynamic experience where you laugh at the likeable goofiness of its leads in one moment, and then gasp at the acts of cruelty perpetrated against them in the next.

Once Matt Johnson’s true vision for the The Dirties starts to take take shape, there is a simmering sense of imminent chaos, which reaches its inevitable boiling point in a conclusion that is undeniably predictable in its buildup, but nonetheless resounds in ways found footage horrors could only hope for.

As co-writer and director, Johnson exhibits an astute comprehension of film history and technique, so it is unsurprising to find the filmmaker adhering to his own creative sensibilities as he fine-tunes the DNA of the found footage genre. The Dirties is by no means a game-changer, but it is refreshing to see that others are bringing nuance to a genre that has gone beyond fad distinction, and is likely here to stay.