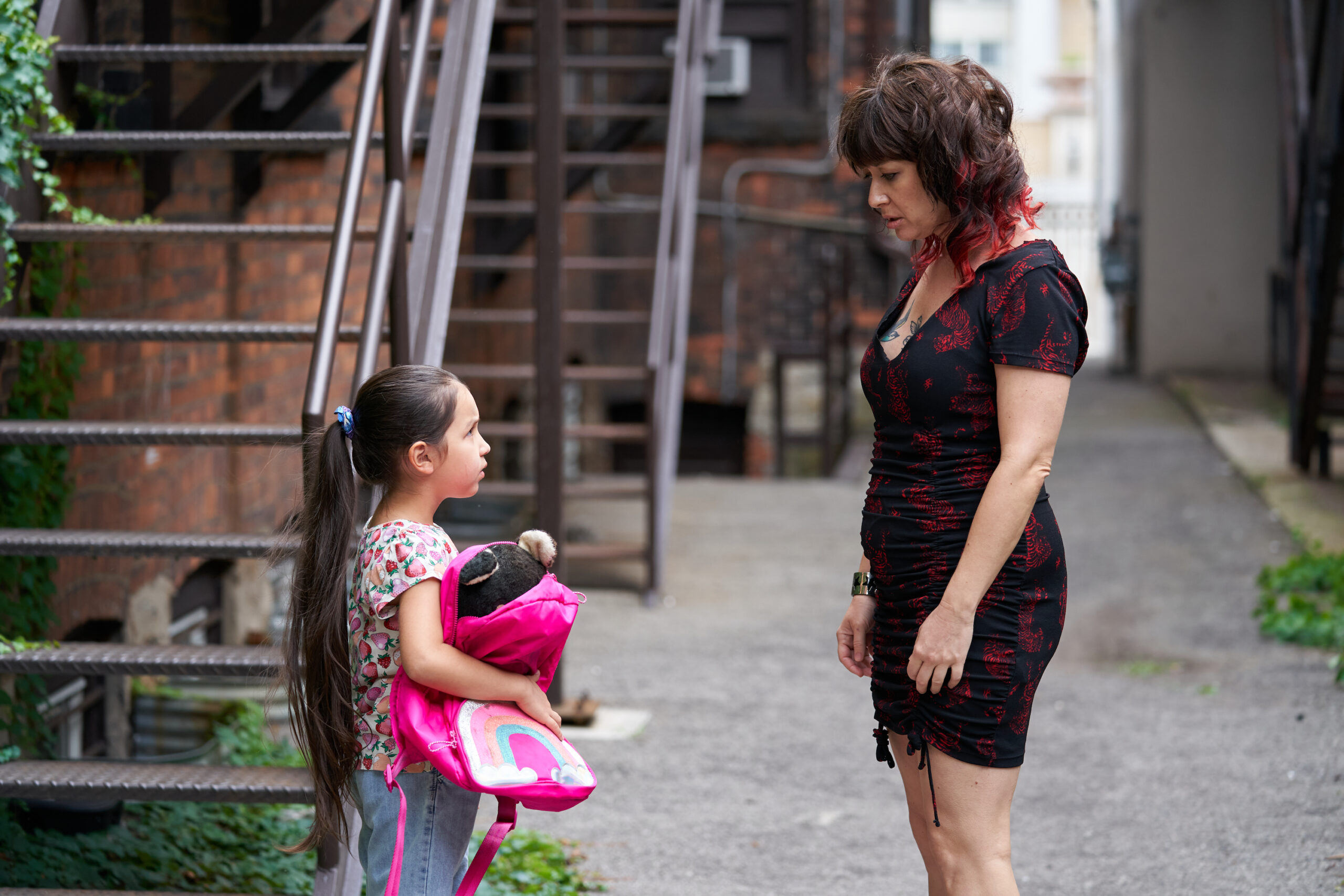 We’ve seen this type of story before.  Whether it was from the funny pages in the 1930’s newspapers with the story of little Orphan Annie or a more modernized take on the subject with the recently too early axed  CBC/Netflix series, Anne With An “E”, or Sandra Bullock’s Oscar award winning performance in the Blind Side where her character provides Michael Oher (who would later become an offensive lineman in the NFL) a chance to succeed in life by adopting him from a mother with a crack addiction stuck in the city’s ghetto. ROSIE, the feature film debut of Métis writer-director-actor Gail Maurice is the latest story of an orphan overcoming the odds and choosing her own family.

Rosie is framed around the titular character’s impact on the lives of others, which is both joyous and bittersweet. Keris Hope Hill’s performance as Rosie brings adorable, vibrant energy to the film. Her character also acts as a reminder of the many children whose identities were lost during the Sixties Scoop period.

For those unfamiliar with the Sixties Scoop Period it was defined by a series of policies which were enacted in Canada that enabled child welfare authorities to take, or “scoop Indigenous children” from their families and communities for placement in foster homes, from which they would adopted by white families. Despite its name referencing the 1960s, the Sixties Scoop began in the mid-to-late 1950s and persisted into the 1980s. It is estimated that a total of 20,000 Indigenous children were taken from their families and fostered or adopted out primarily to white middle-class families as part of the Sixties Scoop

Rosie, is more than a tale about a little girl being taken in by her aunt who she barely knew after her mom died.  This is truly a story about defining what family really is.  As films like Annie have shown us, her family became Daddy Warbucks.  In The Blind Side, Michael Oher chose to be adopted by Leigh Anne and Sean Tuohy. It’s not uncommon to hear people utter, “blood is thicker than water,” but for many, this isn’t true — the strongest bonds are with those we love, who may or may not be blood relatives. This is the basic premise explored in “ROSIE,” a Canadian indie film about found families, accepting queer identities and overcoming trauma. Even Rey in the final Star Wars film, “The Rise of Skywalker” learns she was born a Palpatine but in the end tells an old woman on Tatooine her name is Rey Skywalker. We are who we choose to be.

Unfortunately as an indigenous orphan in the eighties the likelihood of Rosie being placed into a warm and caring family with her best interests in mind were slim to nil at best.  Her only chance of not ending up in the world of non-stop social workers, foster families and even an orphanage is her aunt Frédérique aka Fred (Mélanie Bray) who agrees to take care of her reluctantly at first.

However for Rosie being paired with her aunt who has her own never ending slew of problems isn’t necessarily her best outcome. Fred is a struggling creative who designs art literally out of junk.  Even with her obvious talent, she’s behind on her rent and her landlord is playing a vicious game of hide and seek ready to give her the boot! She even uses the fire escape to avoid her persistent landlord.

Other brilliant performances come from Constant Bernard who plays Flo and Alex Trahan who skillfully navigates the role of Alex.  Both are magnificent in roles of transgendered woman who are usually tipsy or drunk and are also dealing with their own demons.

Both Fred and her late sister were taken from their homes as children and adopted into a family that, based on Fred’s statements, wasn’t much of a home. Rosie is the second generation after the Sixties Scoop — she knows she’s “Indian” but not sure what First Nation her mother was taken from. Those records are lost, and now the only person she has is an auntie, not suited to take care of her. When we first meet Fred she has no idea of how to parent and leaves Rosie by herself several times, almost as if she’s still a child in many ways herself.

Inevitably Fred and Rosie and the gang become their own little unit and have fallen in love with the idea of raising this spark plug of a little girl.  The only problem is Fred may have decided too late in the game that she wants to be Rose’s mother