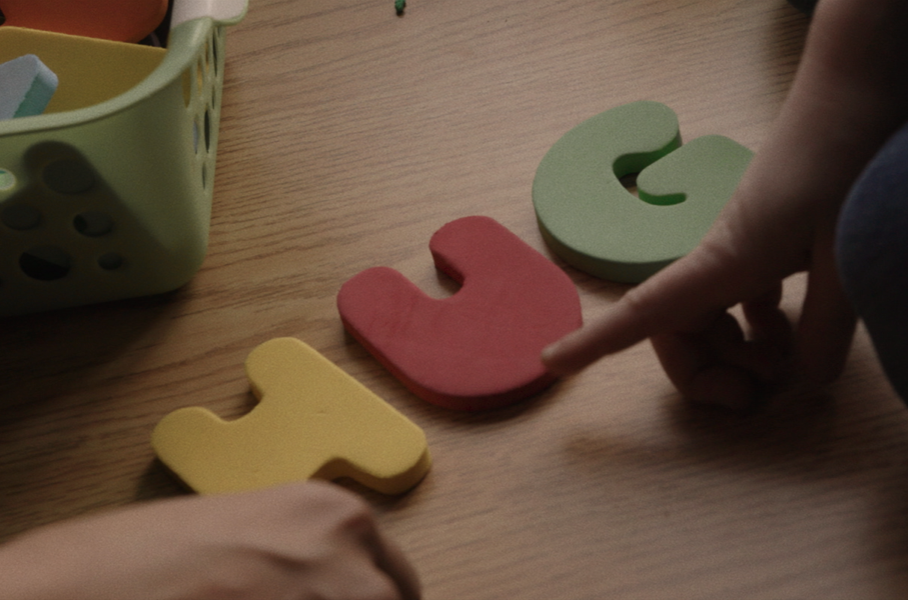 The true measure of a society is how it treats its least fortunate and even more importantly, their children. Politicians, policy makers and various experts often debate in dry terms the best ways to alleviate poverty in their communities, but sometimes the best way to grasp the problem is to walk in the shoes of those on the bottom rungs. Cinema is a proven way to accomplish this and with their feature debut Scarborough, the directing team of Shasha Nakhai and Rich Williamson take that walk through the shoes of four low-income children in the eponymous Ontario suburb.

Young Sylvie (Essence Fox) lives in a motel room with her mother Marie (Cherish Violet Blood) and younger brother Johnny (Felix Jedi Ingram Isaac) a’la Florida Project. Introverted Bing (Liam Diaz) and his devout Catholic mom Edna (Ellie Posadas) have started a new life after fleeing his abusive off-screen father. Downcast Laura (Anna Claire Betel) now lives with her struggling father Corey (Conor Casey) having been unable to be cared for by her crack-addicted mother (Kristen MacCulloch). All three of these stories intersect at a community literacy program run by the bubbly Ms. Hina (Aliya Kanani) who exceeds her mandate to help prepare kids for regular school by offering food for the families and running events for the kids as well.

While the centre offers an oasis of stability in the character’s chaotic circumstances, it is no cure-all. Corey’s racism towards Ms. Hina hinders her ability to reach Laura through tenderly teaching her words one letter at a time. Johnny’s constant disruptions at the centre may indicate undiagnosed autism that Marie may be financially unprepared to deal with and Bing faces daily bullying over his weight on the school bus (although his bff Slyie will always have his back). If these daily challenges weren’t enough, Hina chafes under the creeping restrictions of cold and distant administrators who discourage her from cultivating any caring relationships with her clients.

Nakhai and Williamson have crafted not so much a social drama, but a startling document of searing verisimilitude. There’s nary a false note among the cast throughout the film’s two hour runtime. Both adult and child actors faithfully render their three-dimensional and flawed characters who are just trying to keep their heads above water in the hopes of reaching land. Some won’t make it (no spoilers) and others may not even be able to stand when they do.

The entire film is a bittersweet mixture that will pulverize your heart before putting it back together again. The cinematography and exquisite direction keep us grounded with the characters and their daily struggles as they navigate the chill of winter and indifference to find their various way-stations of warmth. In the end, problems of poverty that are often met with promises of more dollars and cents are perhaps best solved with mere human compassion.

I had meant to review Scarborough last month, but was forced to delay coverage due to Omicron-induced theatre closures in Ontario and Quebec. Fortunately, the film looks set for a promising theatrical push nationwide which has been sparse for Canadian features in the COVID era. I’d highly recommend purchasing a ticket between screenings of Uncharted and Batman, if only to support the more intimate and personal stories that make it to the big screen amid an endless sea of blockbusters

One thought on “SCARBOROUGH Review”