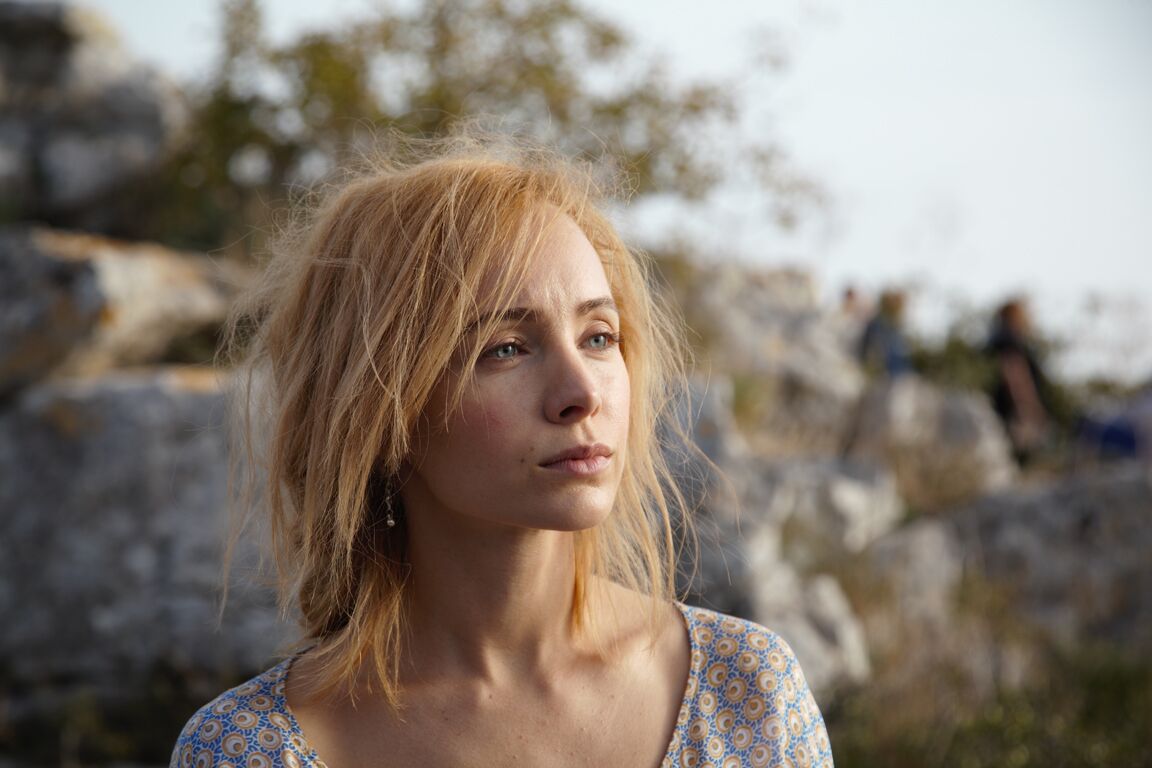 You can discover so many interesting backstories when you look back on the heritage of your ancestors. Before DNA tests got recently introduced, we had to do some research. Or just simply ask our parents. Of course, when it comes to finding stuff out, there’s always the possibility that family members have done something really cool in the past.

In the 1980s of Montreal, a young lady by the name of Anna (Ksenia Solo) deals with the death of her mother Chiara (Rita Montes), and fulfills her dying wish of returning to Italy, but somehow it messes her up in an extremely ridiculously disastrous way. And things don’t get much better for her when the chief of the police arrives to arrest her for a murder. Just how did she get into that mess? An elaborate story unfolds as she tells her tale about traveling in Italy, meeting up with mother/son duo Immacolata (Lidia Vitale) and Vito (Michele Venitucci). It’s then she discovers that Chiara is not her real mother, and she learns so much more with them in her trip in Italy. The journey consists of learning who Anna’s real parents were, and their entire backstory of how they got to Italy from Holland. It turns out her parents, Piero (Giorgio Pasotti) and Ria (Anneke Sluiters) met in Holland but took separate journeys to Italy in between years. From there, they made a business growing flowers, which of course wasn’t easy. During the storytelling of the olden days, Anna and Vito explore the old family farm, her real mother’s grave, and her father’s arch-rival from many years ago.

It’s a very complicated story with multiple plots interlaced. I’ve said before those are confusing, but somehow this time it seemed perfectly laced together. There were a few ridiculous jokes throughout the whole thing which made it all the more amusing. The scenery is absolutely beautiful and breathtaking. With all of it being quite old-fashioned, it was really a sight to behold. I even have a feeling that most of it was in fact done without any crew required, seeing as Italy is one of the more classic styled countries. The characters are extremely interesting and fun to watch, making the humour all that more interesting. It’s a brilliant combination of two countries somehow put together both visually and through stunning writing. Just the thought of the sight of a tulip garden on a desolate farm in Italy gives a certain feel of magic and beauty in the world that can barely be discovered. This is one of the funniest foreign films I’ve ever seen in a while, and that’s saying a lot since I haven’t seen too many of those in a while.

It’s coming out tomorrow as part of the Canadian Indie Film program, so be sure to check it out. Nothing tells a better story than a lot of heartwarming history laced with small puns and a hearty finishing of shock humour.