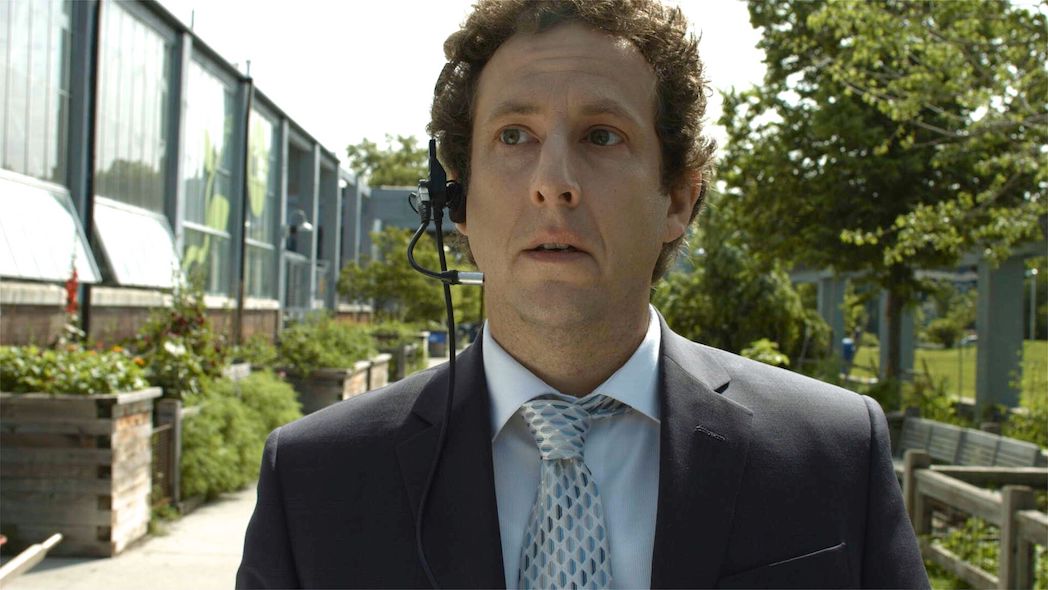 One of the biggest conveniences (and inconveniences) in my life is having a name that’s more rare than an endangered species. Though given my strange one, it’s interesting that TV shows come up with stranger names for characters. Erm, um, well, yes. When it comes to sharing the same name as someone else, there’s sure to be some confusion involved. I’ve seen this before, kind of. You could be a common individual in your town who shares the same name as someone in California who visits your town frequently. Or maybe you could be a local producer who’s running a non-profit filmmaking fun group and people keep confusing you for a deceased world famous filmmaker. Some actors and celebrities even run the risk of having the same name and have to alter it ever so slightly, no matter what their status. But The Death (and life) of Carl Naardlinger (How did his ancestors get that last name?) illustrates and delivers several issues with name rarities in a relatable and humorous fashion. Because, when someone shares the same name as you, it makes for a good, abstract plot instead of a simple day-to-day slip up.

Carl (Matt Baram), a nice man, a quiet man, an IT specialist, is every basic white-collar nobody of a guy you find in a movie. He’s got a boring mundane life, a loving partner of another nationality, and some crazy happening out of the blue changes things for him forever. That crazy happening rings his doorbell, so when his wife Pam Naardlinger (Grace Lynn Kung) answers it, she’s surprised to discover a detective (Anand Rajaram) who comes to ask her questions about the disappearance of her husband. Wait, not her husband, just a guy with the same name. A guy with the same name (Mark Forward) who worked at a bakery in the past. Oh boy, cue the predictable silliness. But that’s not all this film has to offer. Aside from Carl trying to figure out who this other guy was, Pam gets anxiety after she wishes for the grouchy neighbour to die and in an uncanny coincidence, he does. This subplot is very minor and doesn’t serve much significance except for the story’s biggest element, coincidence. And the movie seems to be all about coincidence when Carl puts up missing posters and a random somebody named Don Beamersmiddle (Mark Forward) discovers them because he looks just like the missing Carl. When Carl’s frustrated wife goes on a retreat to rid herself of Carl’s obsessive findings, Carl along with Don and roommates of late Carl discover weirder connections between the deceased Carl and Don.

So the film just turns out all-around weirdness that can’t really sum up to much of anything. There are some interesting characters, but there’s something very Seinfeld-esque about the ones that stand out. As you may have noticed, some of the last names created are just plain ridiculous. I also kind of wish there was some sort of implementation of double roles in the same place, but then again, it’s kind of good that didn’t happen because that’s usually turned out dreadful or horrifying when it comes to features. The story is slightly chaotic but not as confusing as most mystery movies out there. In fact, things just randomly click into place with the discoveries, it’s very weird. As for the ending, it feels like something’s missing. It ends on a positive note, but it also ends with the utmost awkwardness of hanging off a cliff. A film that was made in Toronto, with the feeling/vibe of Vancouver-based features. Y’know, the features that have a different sense of humour that only us Vancouverites somewhat understand. Plus, key crew members are practically pulling double duty on this one as Katherine Schlemmer both wrote and directed this while Carl Laudan worked as both the Producer and Editor. Locations, while not many range from simplistic interiors to fully forestic exteriors. While exterior shots around the city were kind of cool, especially those of time-lapse, it just seemed like the interiors were a lot less than they should’ve been. Camera shots were pretty basic themselves, and didn’t have a whole lot of change either during scenes, making it kind of plain. I don’t know, it’s just that I felt there was a bit of something lacking in this film, but I can’t figure out what. It’s not a bad film, though. It does have its moments, and makes for a good humorous story. Small coincidence turns into a big deal over the most ridiculous name I’ve ever heard. Don’t think I’ve seen this kind of plot before. So it is fresh and new in a sense.