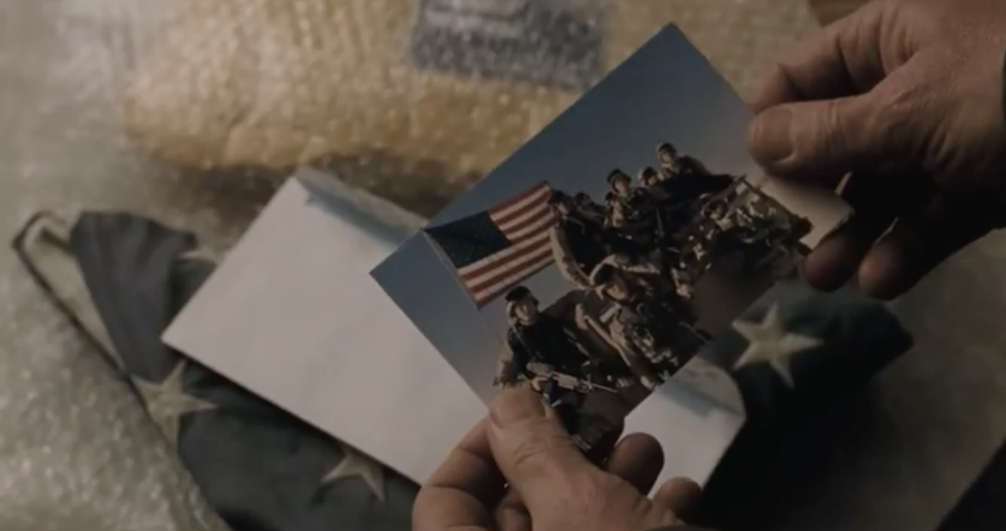 As a screenwriter and director, it can be difficult to gauge just what one should expect from a Paul Haggis feature. While the Ontarian Oscar winner is no doubt a talented force to be reckoned with, his storied career has also proven a precarious tendency for heavy-handedness, particularly in Crash, the very film which earned him his golden statues.

Thus, I was more than a little tentative before viewing his directorial follow-up, In the Valley of Elah, whose title alone conjures a potential sense of graceless tact, which would not bode well for an anti-war feature. What I found instead, however, is a carefully crafted mystery drama that approaches its subject matter with the utmost care, as Haggis allows subtext and imagery to do most of the talking, which is bolstered in no small part by its outstanding leads.

Based on actual events as reported by journalist and future screenwriter winner Mark Boal (who receives a story credit for the screenplay written by Haggis), In the Valley of Elah opens with former Military Police Sergeant Hank Deerfield (Tommy Lee Jones) receiving a phone call where he is told that his only living son Mike (Jonathan Tucker) has gone AWOL. Unsettled by his inability to contact Mike, Hank makes the long drive to the military base at which his son was stationed, only to eventually discover that his son had been brutally murdered. Grief-stricken, Hank attempts to uncover the circumstances of his son’s death with the help of local detective Emily Sanders (Charlize Theron).

What first drew me into this film is the astounding performance by Tommy Lee Jones, for which he could have nabbed the Oscar for Best Actor, had he not been up against Daniel Day-Lewis’ turn in There Will Be Blood, which stands as one of the finest performances in the history of cinema. Nonetheless, Jones perfectly balances the hardened nature of Hank’s military persona with that of an emotionally battered father, who has lost both his sons by way of the military, the very body to which he dedicated most of his life. Jones makes his struggle to reconcile the two is apparent through most of the film, and while a great deal of credit must be given to Haggis’ writing and direction, Jones very much makes this performance his own.

Where Haggis deserves credit, is in his surprisingly uncompromising approach to subject matter such as prisoner abuse, causalities of war, and PTSD. In fact, the latter term is mentioned not once in the film, and here lies the true strength of Haggis’ work.

There are times in Crash where Haggis felt the need to spell things out, even when his visuals had done enough to leave things unsaid, which could have consequently appropriated greater power to his images. He tended to forget the sacred tenet of ‘show, don’t tell.’ With In the Valley of Elah, however, Haggis allows his visuals to carry much more of the weight, whether it be through the expressive performances of his excellent cast (Theron deserves special mention here also), or, as an example, the subtle visual cues indicating why a husband would drown his own wife.

On occasion, I was unsure if the film’s thematics would be greater than the sum of its parts, as some scenes did border on Haggis’ heavy-handed tendencies and needed to be vindicated. Thankfully the end justifies the means, as Haggis delivers on the promise of the emotional and thematic weight he had been masterfully building even before the discovery of Mike’s murder.

The inevitable resolution of the film’s overarching mystery is emblematic of this. It is not handled in an overzealous manner that serves only to shock viewers with some completely unforeseen twist, as this would distract from the stakes of its own thematics, and I applaud Haggis for having the patience to approach it in this understated fashion.

In the Valley of Elah is one of the finest anti-war statements I have seen in some time. It just goes to show that viewers do not need the context of a battlefield to truly capture the lingering effects of trauma attributed to war. When producing features like this, Haggis is at his most complete as both a screenwriter and director, yielding the material and execution needed to deliver not just a significant social critique, but to get the best performances out of some of the most talented actors in cinema.