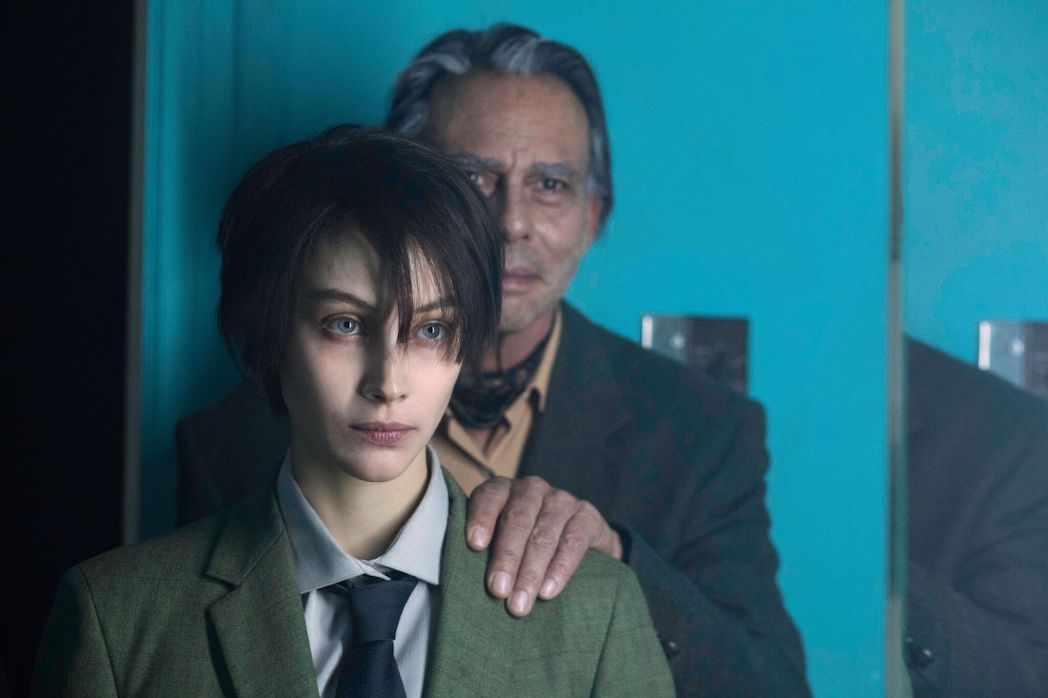 Men who abandon their wives after a pregnancy cannot be classified as a true father, especially if they never make time to see the kids they biologically created. I’ve come across a few people like that in my life who have a hatred for their biological fathers and their spineless decisions. And those people’s mothers hate their husband much more as you can imagine. But, maybe there still is a little bit of heart in some of these men. Little. Bit. Heart. Some. As we learn in this movie.

Tyler (Sarah Gadon) is a young adult woman living a natural life with her mother (Rosanna Arquette) until they hear the news that her biological father Octavio (Raoul Trujillo), has died and left all of his possessions for Tyler. Since her mother has no interest of being near anything of his, Tyler takes a bus out of town on her own and investigates Octavio’s apartment, coming across artifacts, photos, and lots of broken appliances. As she does a cleanup and looks around, her father is somehow able to communicate to her from the dead, as he appears several times in the apartment. In fact, it seems like he does share some love for her. As she continues to look for clues about her dead dad and his lifestyle, her search involves styling herself with a Jacob Hope Chapman kind of makeover to sneak into a guy’s club, where she discovers one of her father’s more younger friends Apostolis (Dimitris Kitsos) who she feels attracted to, but soon she learns something about him and her father too soon. And of course, it won’t be long until her mother and Octavio’s lawyer (Rachael Crawford) are stopping by to sell the condo.

A very interesting film, that takes on different concepts, sometime after the beginning, it feels like a concept of a horror film, only for it to rapidly change shortly afterwards. Often times, it’s debatable at nearly becoming a family bonding film, a gender experience film, or even something else. Despite this however, it’s still an interesting story. Characters are minimal amount, but they still interact and bond in very special and close ways. The lighting in a lot of scenes is really elaborate and creative. When looking around Octavio’s apartment complex, you sometimes get a very ominous and nightmarish feel from within. Other times, it feels like looking into an ancient library of wonder. A great film that discusses one of the few things one ever thinks about, their long lost father. Granted, cowardly incompetence is the main reason lots of men dump a woman after knocking her up, but since this is a movie, the real reason of leaving is an interesting reason that not many people would ever think. It kind of catches one off-guard but still makes the whole thing play out well.