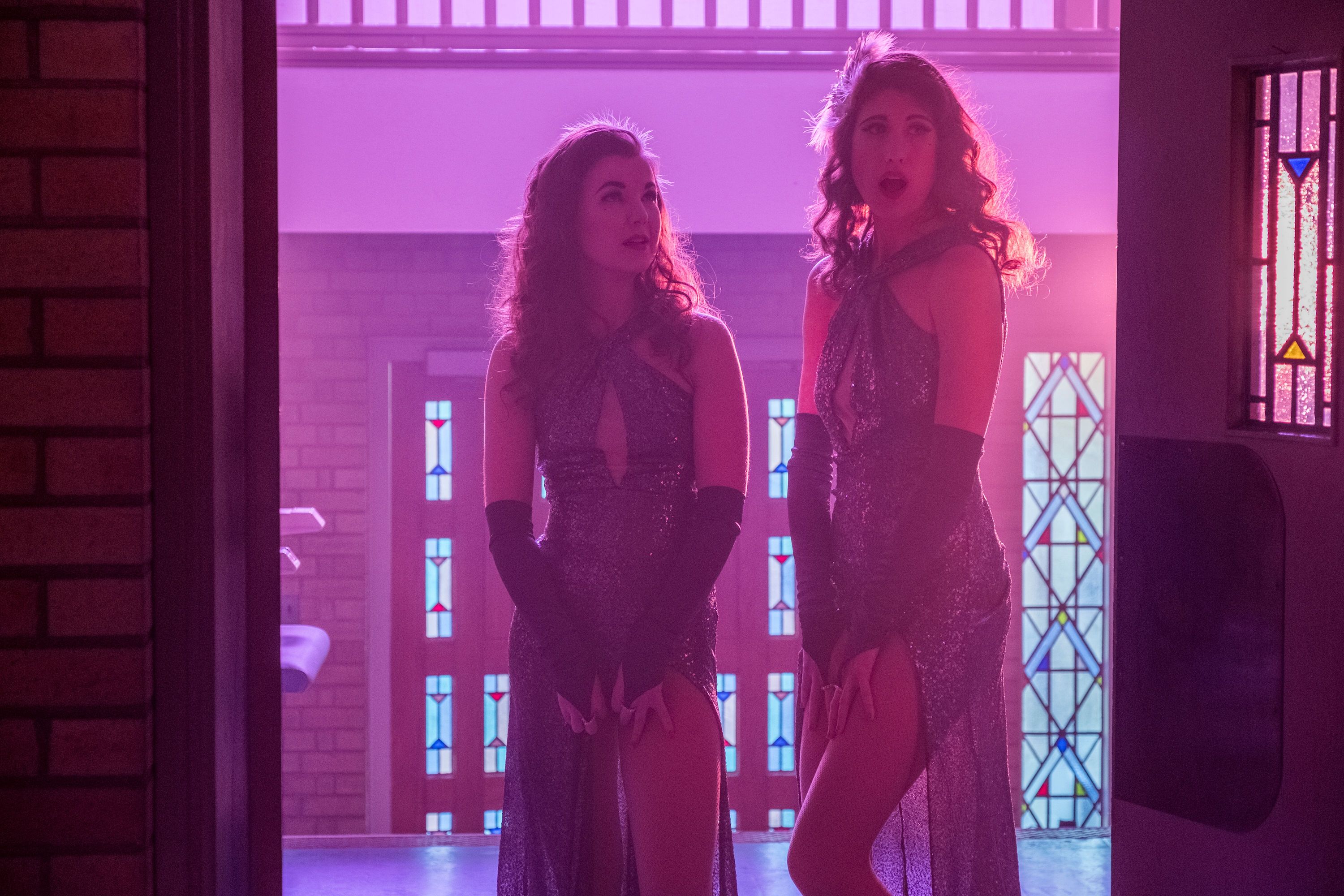 Sometimes people have a sense of seeing things in two different perspectives. I admit I argue with myself on a daily basis. Comics always seem to make it look like a pure joke. It’s like some don’t understand how much of a struggle something is especially when you’ve two sides of yourself arguing and reasoning with each other.

Cassandra Haywood is enjoying her free spirited life until she learns unexpectedly that her mother Elaine (Maev Beaty) has died. At this time, we see the two sides of Cassandra, her tall adult self (Amy Nostbakken) and the short youth-like subconscious (Norah Sadava). So while the two sides try to plan for Elaine’s funeral, Cassie also has flashbacks of her during childhood. It seems as if Elaine was always depressed, one of the major factors being that she failed at being an author. During the planning, Cassie intends to write the eulogy for her mother but her father (Ari Cohen) and several more family members don’t think that it’s a good idea especially given Elaine’s past and Cassie’s personality. In fact, it seems like Cassie goes through a lot of personal issues during preparation both related and not related to Elaine’s death.

The film seems to go at a very slow pace. Supposedly spanning out for two days of preparation, everything Cassie and Cassie do is mixed with either them both being upset or both trying to make the best of whatever is going on for them. On the rare occasion of brainstorming, the two Cassie’s have strange imagination sequences when trying to figure out what the eulogy should say. It seems those particular scenes are just out of place and a bit too strange for me to understand. I know quarrelling with yourself is pure chaos but I’m not sure how properly described it was in this film. The other characters themselves don’t seem like much either. There’s a good amount of scenery, but at the same time it takes place during that one time of year I despise personally (Christmas) and the plot feels like it was a bit too basic. At first glance, it almost seems like a lesbian couple arguing or a mother-daughter debate, I nearly mistook them for sisters myself. Despite all that it really shows an interesting perspective, and this is a very creative way of showing an inner battle, especially one of a writer, so I feel I can relate in a sense.