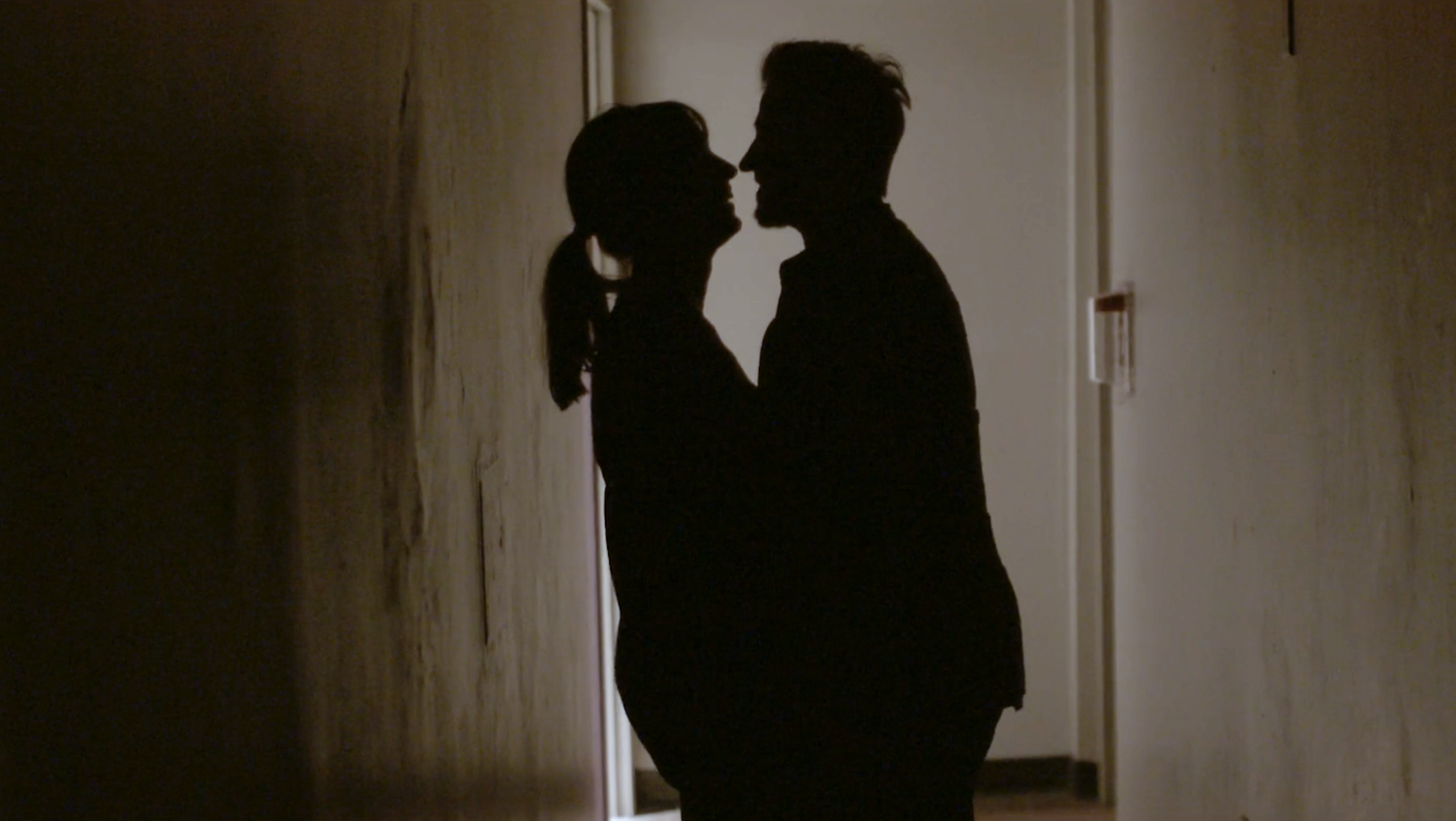 Wow. I’ve heard this before. Not as a title but a common saying. It’s a tough road for couple Raine Maida and Chantal Kreviazuk, as they don’t feel like loving each other anymore. The two are labeled as the cutest Canadian music duet together, but it’s not all flowers and whatever Canadian relationships are these days (I wouldn’t know, I’m single). Despite being in the music biz together, they can’t seem to feel anything like they used to. I know quite a few people who have had trouble balancing love together when they work in the same field (this is probably why I don’t have a secretary). As they speak to John Grey, a marriage counsellor regarding their feelings, they begin to learn they need to look a little deeper. So the two take a trip into Europe on a small island called St. Pierre. During their journey through the French village, they do some shopping, attempt to make a record they’ve been at for 4 years, and do some sightseeing. But that trip also has them going through more hardships than it does good times. In the first half, Chantal explains that they sometimes argue while coming up with musical concepts, but it helps establish a better connection. Around the beginning of the second half, Rayne himself starts to feel what Chantal says when she describes that love is slow. The couple also understands that their job often has them being away from their kids and not always being there to connect. While it seemed like the trip brought out the worst among them, they learn to establish their love even better and even come up with some new music.

A great movie that focuses on the dynamic duo in charge of the band Moon Vs. Sun, I’m Going To Break Your Heart shows how many years into a relationship things can start to get hard. The lover’s hearts are as cold as the snowy island they explore in the winter. It’s almost like a combination of a documentary and a biopic merged into one. It captures intensity of a failing relationship and at the same time treats the viewer to the music that gives bittersweet feelings through the smooth yet powerful sounds. The producers did a very good job of getting together and working out the plan, the cinematographers did very well at capturing the true moments of love and disagreements from the musical couple, and the pace of the movie while rather slow, still was pretty okay for what it was worth. Usually when it comes to films that focus on real-life love issues, they never go as deep as this. It’s not exactly new, but it is something that you will enjoy watching. Anyone who’s been in a relationship for a long time can relate, and anyone who hasn’t, can prepare for the potential future when watching this. All in all, it shows rediscovering love is hard. Hard, but not quite impossible.

I’m Going To Break Your Heart will be released in theatres throughout Toronto on May 24.