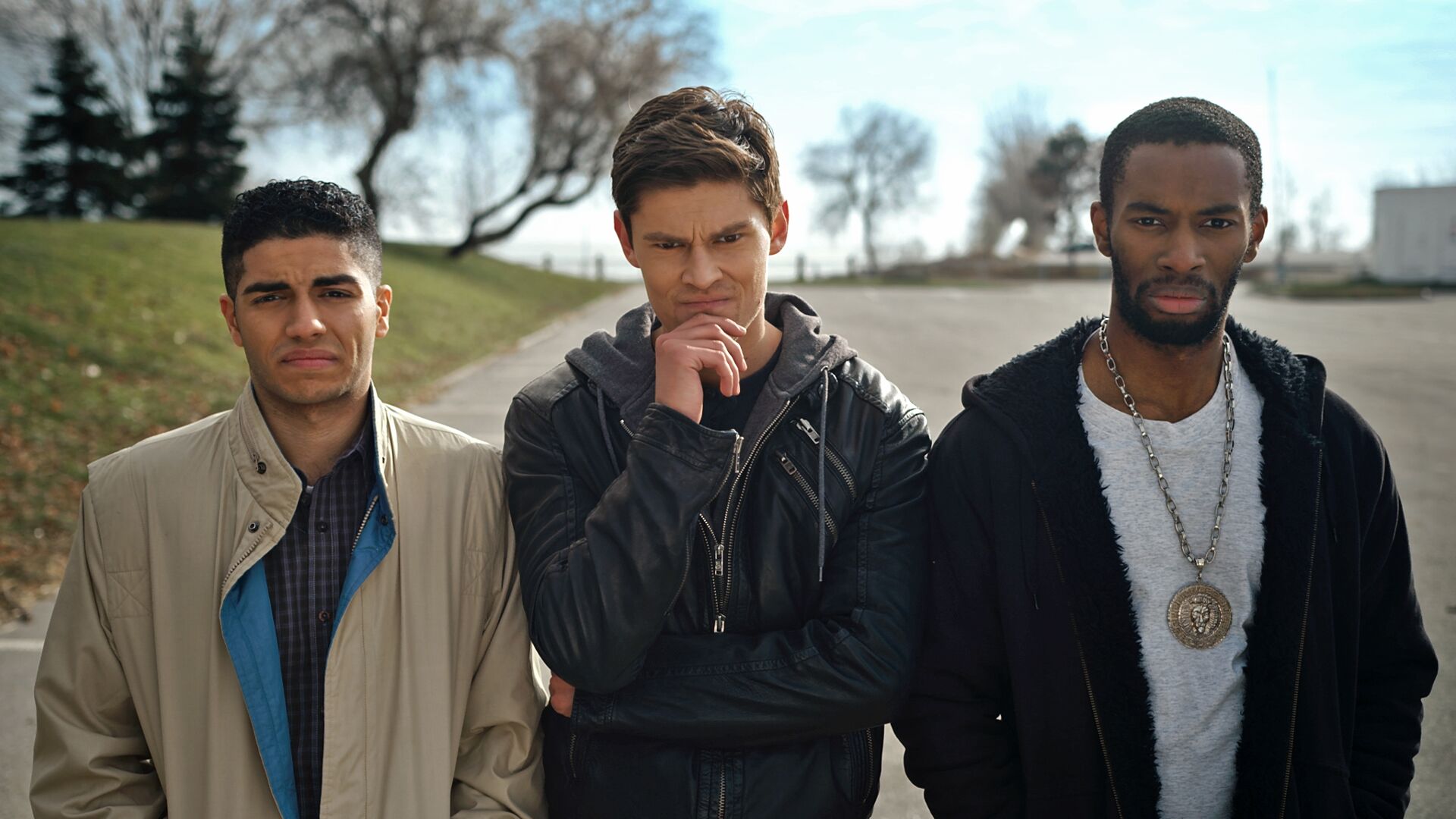 What does it take to be a crime master? Apparently, a lot. No wonder I gave up that life myself. But some people feel they’re better cut out to work in it. What are they thinking? I don’t even want to know. Hank Franklin (Owen Roth) is a young eager aspiring criminal who wants to make it big in whatever life he’s living for himself, which isn’t always easy when his schemes get out of hand. After quite some bad experiences, Hank learns to perfect his craft and one evening his old high school friend Alison (Stephanie McKenzie) meets him at a coffee shop where she says she now works in a research facility that’s currently dealing a new drug called LGX50. So he forms up a team of the best criminals he can find, GTA 5 style, or rather, he tries. When the driver bails due to Hank’s unprofessional nature, the 3 end up taking a rent-a-car instead. Hank’s dream team consists of a tech-support type of guy named Majid (Mena Massoud) and a black man named Nate (Ayinde Blake) who is an expert in designing weaponry… sort of. Dressed up as crash test dummies, the three break into the lab to fight off any obstacles and hopefully grab the cases of LGX50, hopefully without any hiccups. What happens next? Well, hiccups galore for sure, but do they make it out?

Unlike most crime master films, this one is filled with sheer hilarity. The jokes crammed into every single minute really provide a lot of laughter. It’s amazing despite how many pitfalls happen they miraculously manage to coast along. This makes for a good funny plot that is not always easy to accomplish. They had an amazing choice of cast too that really helped with the hilarity. Currently getting recognition for his role in the modern day reboot of Aladdin, Mena Massoud provides a good personality for a young individual fresh and new in the criminal world. The same goes with Owen Roth who takes on a slightly different role from his appearance on Shadowhunters, being the most incompetent yet competent crime master on film. Masters In Crime shows you how not to pull off a heist as well as the potential consequences if you don’t get the right people, or in this case, why beginners always mess things up. A short film worth checking out, it’s sure to leave you laughing at every single element of the plot.