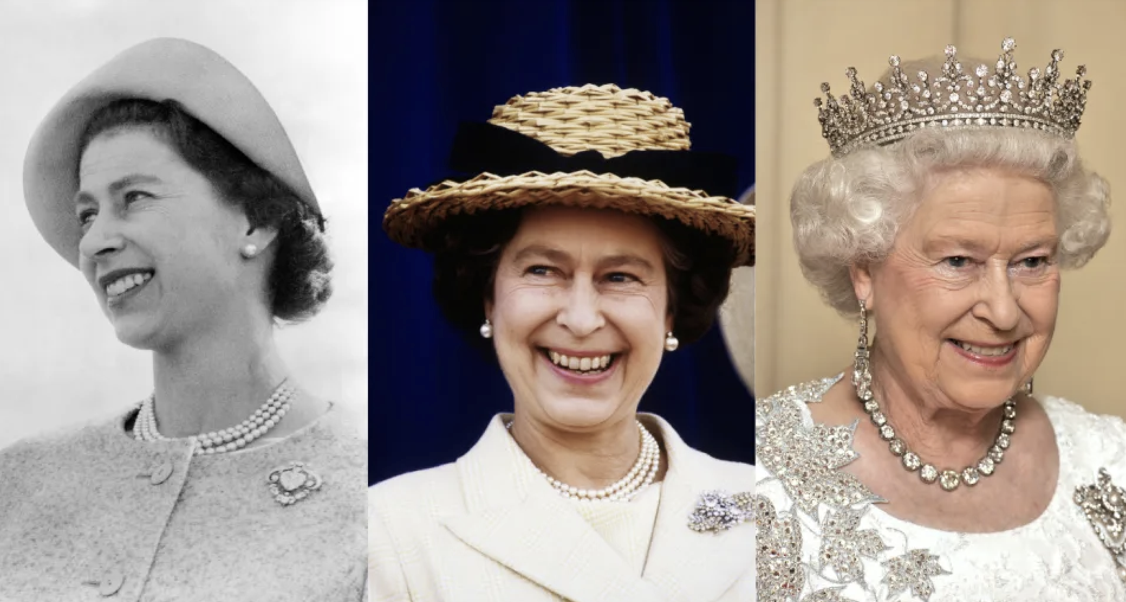 On September 8, 2022, Canada’s longest-reigning British monarch, Queen Elizabeth II, passed away at the age of 96 after 70 years on the throne. Her passing was something we all knew to be inevitable, yet could never be truly prepared for. From devout monarchists to staunch republicans, the Queen touched countless lives during her reign by serving as a shining example of dignified public service and by simply being ubiquitous with her name on highways, schools and ships as well as her face adorning stamps, paintings and coins, her likeness always ageing gracefully.

Most of us have never known a time without the Queen and I dare say it will take some adjustment getting used to having her son, King Charles III on the throne. With her funeral approaching and so many all over the world in mourning, I thought it appropriate this week to highlight three films about Queen Elizabeth produced by the National Film Board of Canada which highlight her strong ties with our country. They prove what many of us have already known: we will never see the likes of her again in our lifetimes. 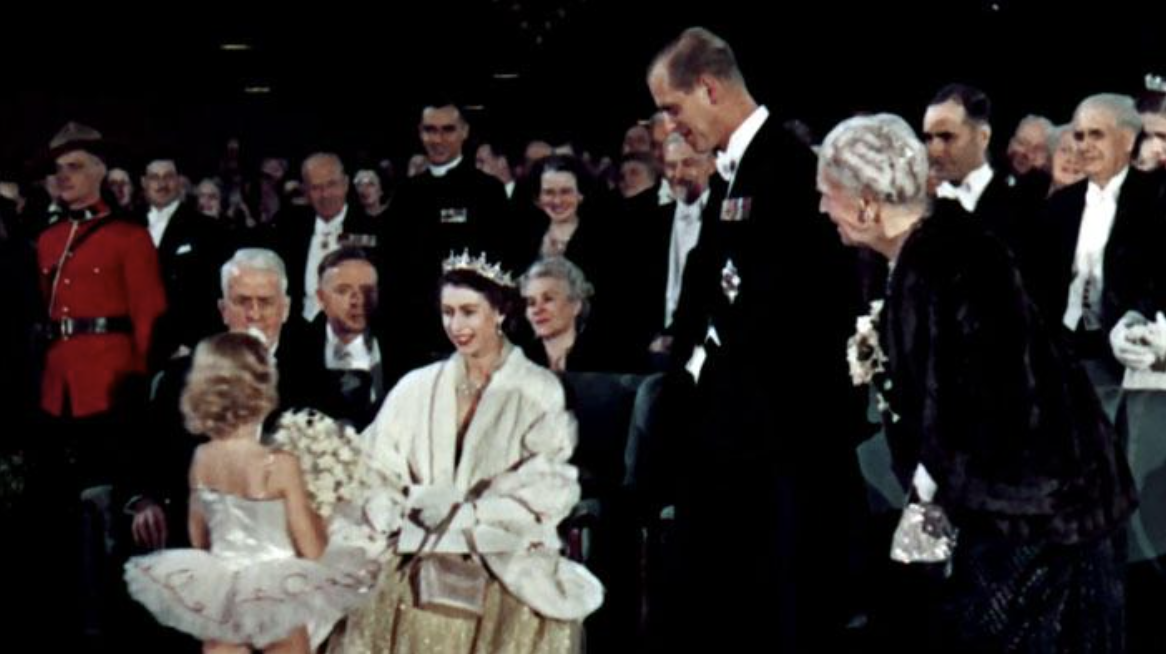 You know it’s a special occasion when a 1950s NFB film is shot in colour as opposed to the standard monochrome of the day. That particular occasion was the 1951 Royal Tour of then-Princess Elizabeth on her very first visit to Canada accompanied by her husband Prince Philip, Duke of Edinburgh. Their journey would take them clear across the country and back again with just enough time for a stopover in Washington D.C. while they were on the continent.

Even before her ascent to the throne, Princess Elizabeth was absolutely adored by what seemed to be the entire Canadian population. Immense crowds gathered at every stop the Princess and the Duke made from the romantic walled-city of Quebec to the majestic prairies of Saskatchewan to the rugged coast of Newfoundland (then a relatively new member of our confederation). It was clearly a more innocent time for our country, for as enthusiastic as the crowds are in the film, they are extremely well-behaved by modern standards with only a small cohort of Mounties needed to keep order at each stop with nary a barrier in sight.

By virtue of its concept and slick production for the time, the film is a remarkably effective time capsule of a younger Canada still basking in a post-war glow. The newsreel footage capably captures the demographics of the age with citizens of all races visible and multiple First Nations featured prominently in the western portions of the feature.

The film’s didactic style will either charm or exasperate modern audiences, a feature which is not exactly helped by the film’s use of rather corny “citizen” narration obviously read by uncredited actors. But such archaic conventions are relatively easy to overlook as the infectious enthusiasm shown by Canadians at the time for the literal royalty in their own backyard is nigh impossible to resist.

Even over seven decades after its immensely successful release (it was the highest-grossing Canadian film of its day), Royal Journey retains much of its value thanks to the skilled documentation of its crew and royal presentation of its subjects. If you never managed to see Queen Elizabeth II on one of her many subsequent Canadian tours, this may be the next best thing. 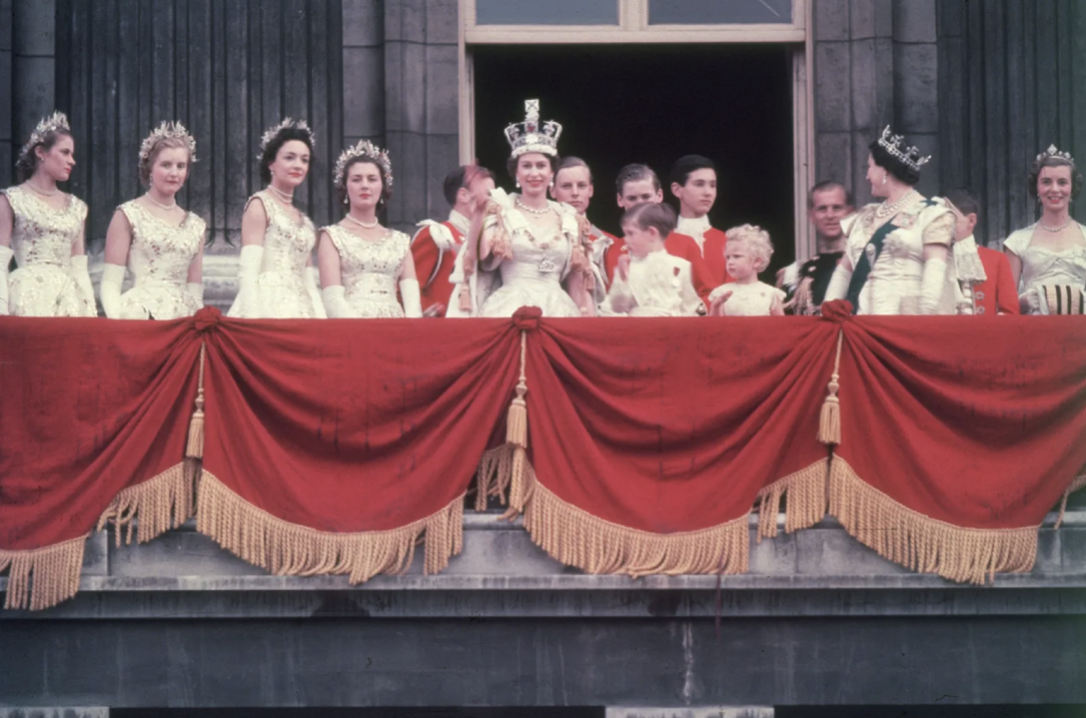 Although Elizabeth immediately became Queen upon the death of her father King George VI on February 6, 1952, it would not be until over a year later that her official coronation would occur on June 2, 1953. Once you see NFB’s follow up to Royal Journey, it may become clear why. This was a momentous occasion, adorned with the grandest of pageantry and witnessed by millions thanks to the then-growing popularity of television.

Again produced in Eastmancolor, Canada at the Coronation depicts the preparations for the event as dignitaries, heads of state, military and loyal subjects from all over the world pour into London in anticipation of Elizabeth’s official ascension to the British Throne. As implied by the title, particular attention is given to Canada’s role in the occasion which includes the presence of  Prime Minister Louis St. Laurent, Saskatchewan Premier Tommy Douglas, and Squamish Chief Mathias Joe. A strong Canadian military contingent is on hand as well to join other outfits from all over the commonwealth to escort the new Queen through the city on the big day.

The stage now set, the Queen herself finally makes her first appearance at the 19 minute mark and the show truly begins. The coronation with all its tradition and splendour took place at Westminster Abbey and is faithfully captured by the NFB cameras. From anointing by holy oil to swearing an oath to govern and preserve the realm and taking communion, the full event that you’ve likely only seen brief clips of is on full display. Even if you have little to no knowledge of Royal procedure, you know you’re witnessing something truly special.

Having finally received St. Edward’s Crown, Queen Elizabeth II and Prince Philip depart the Abbey in a golden coach that would make Cinderella jealous and are greeted by likely every conscious man, woman and child within London. Intermittent rain does nothing to dampen the festivities (Special guest Queen Salote Tupou III of Tonga even insists on riding with the roof down!) as this real-life fairy tale unfolds. After a long circuit through the heart of London, the procession ends at Buckingham Palace where the Queen and her husband ascend to the balcony to greet the cheering throngs.

Less didactic than its predecessor, Coronation is content to let the event unfold with adequate commentary to follow along. While I suspect it is still dubbed, the sound is blended more naturally this time with nary a corny voice re-enactment within earshot. The cinematography is suitably composed in primarily wide shots to emphasise the massive scale of the coronation, which was viewed not only by the hundreds of thousands in London, but by hundreds of millions via television, a feat accomplished by film being flown all over the globe in record time in an age before satellite and internet.

Most of us weren’t even alive for the Queen’s coronation, but will likely have another chance next year when one for King Charles III is expected to occur. I don’t expect it to have the same resonance as the one depicted here, but look forward to seeing what a 21st century coronation will look like. This one will certainly have more cameras to cover it. 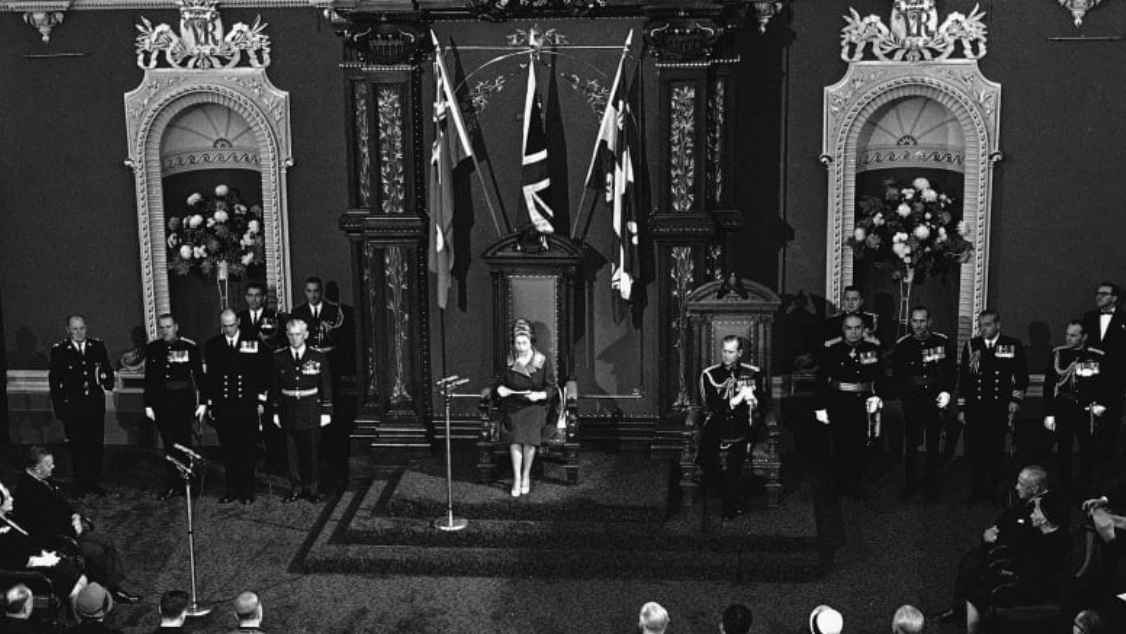 Over a decade after her coronation, Queen Elizabeth returned to Canada alongside her husband (their third visit) to commemorate the 1864 Charlottetown Conference, which along with the Quebec Conference, helped set in motion the events that would lead to the confederation of Canada in 1867.

Visiting both Charlottetown and Québec City, the royal pair revisit these historic sights in addition to dedicating the Fathers of Confederation Memorial Building (Now the Confederation Centre for the Arts) and addressing the Québec Legislature. This is particularly notable as it’s a rare instance for viewers to hear the Queen speak in fluent French!

Unlike the previous two films, this document of the Queen was lensed in black and white, a presumed cost-cutting decision which is unfortunate given multiple references to “Royal Colours” during a military parade sequence. (The British Pathé cameras sprang for colour which you can see here).

Those well-versed in history will notice the omission of any mention of the anti-monarchy protests in Québec which were kept well away from the NFB cameras. The closest the film gets to acknowledging this is by noting the “quieter atmosphere” in Québec. The crowds are respectful enough, but they clash with the exuberant reception received in English Canada.

Ultimately, The Queen in Canada – 1964 lands as a palette cleanser to the grander works that preceded it. The Queen and Prince Philip would make many more visits to Canada and it would become routine enough that the NFB so no further need to cover them. The film ends with a quote about the Crown represents an “abiding continuity behind all the mutations and vicissitudes of parties”. This is an interpretation worth remembering in these divisive times. 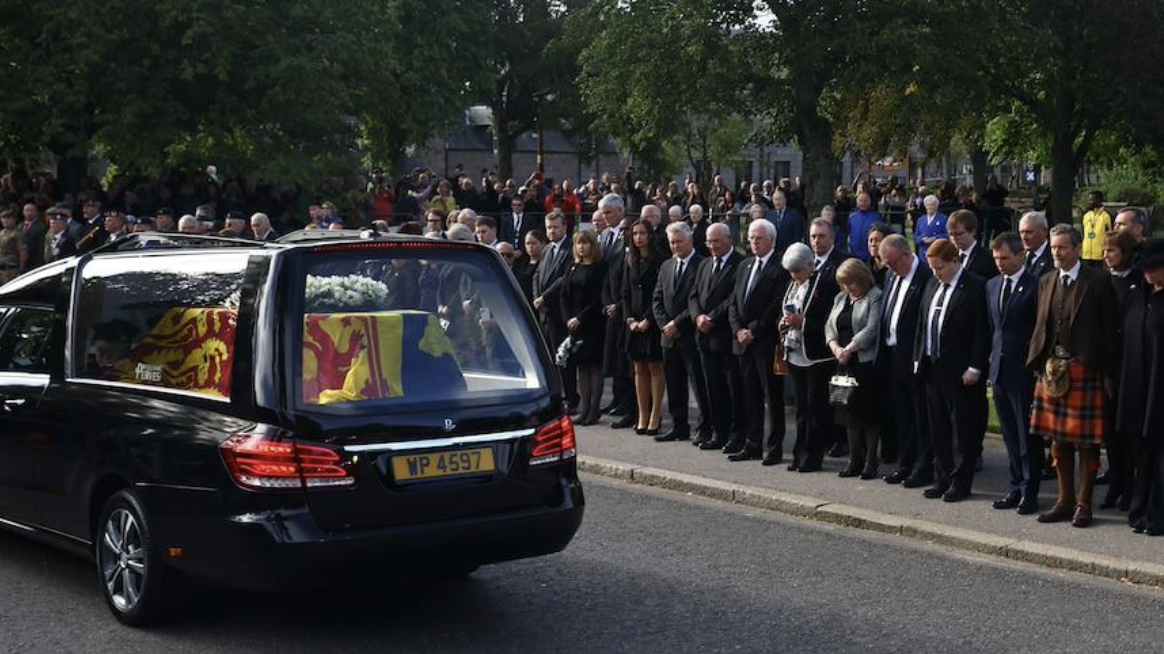 As I was wrapping up these reviews, I caught the national news which depicted the funeral procession of the Queen’s coffin through Scotland before making its way back to Britain. Like her coronation and many Royal visits, many recognize what a historical moment of transition is taking place and wish to share this one last moment with their Queen before she joins her ancestors.

A consistent theme I’ve found is whether one is a dedicated monarchist or staunch Libertarian who favours decentralised power, there is a near-universal respect for the Queen herself as a presence that united us all in a common experience. It has been pointed out that Elizabeth subsumed herself in the performance of her duty to the world, a duty she carried faithfully for over 70 years. She was one of a kind and she will never be forgotten.

Rest in Peace, Your Majesty.

All three films can be streamed for free at Nfb.ca