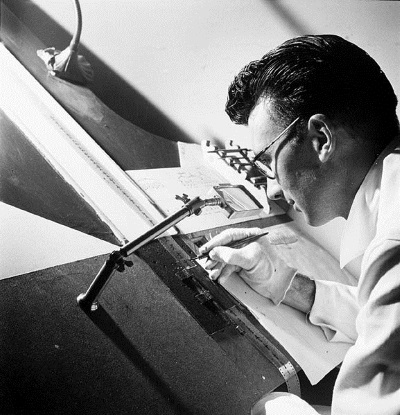 A vintage Canadian short that was suggested to me by a friend in the film industry is Pas de deux, a 1968 dance film directed by the legendary Norman McLaren, and produced by the National Film Board of Canada.

Photographed in high contrast with shots of ballerina silhouettes recurring in rhythm to the beat of slow Romanian music played on a pipe, this is truly a stunning artistic film with lots of amazing movement. Though it doesn’t really have a plot, the layout is just magnificent. The film shows a ballerina moving slowly and gracefully to the music, often producing a mirror image or duplicate of herself moving with her. The duplicate fades in and out, then after a while a man simply walks in and moves around at a slower pace while the ballerina and the duplicate mirror each other.

Eventually, the male and female join hands in dance and the female moves around as the male turns on his knees. As they do this pas de deux, they create more mirror duplicates of themselves. The mirror versions spin around and slowly fade away until it’s back to the two dancers again. They move around some more, leaving a trail of fading duplicates behind them. At this point I was getting a bit dizzy. The elaborate overlays then last for the rest of the dance until the end. I don’t think I can describe the whole thing other than as a series of rather affectionate and relaxing movements.

This is one of my favourite artistic films of all time so far, and it has gotten me more interested in Norman McLaren, I plan to see more of his work very soon.