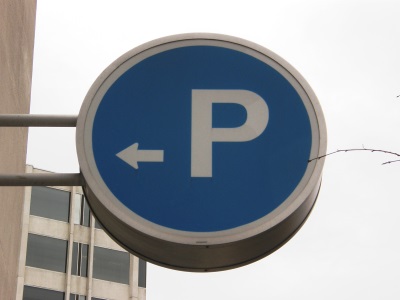 Paparmane (or Wintergreen) is a rather somber film. It stars a depressed young man named Jerome (Steve Laplante). His job consists of collecting pricey parking fees, if anybody actually shows up at all. One girl named Camille, who does singing telegrams, hands him the money complaining it’s expensive for being the only available parking lot. Since nobody really comes to this abandoned area, he spends his time making rubber band balls for his cat Duchess to play with. Surely enough, his life is meaningless.

One evening while watching a lottery program, Jerome decides to call the health hotline to help with his depression. He gives up though and decides he can’t talk with anyone. Jerome waits around for another customer. No surprise, nobody comes around all day. He meets the same girl, Camille (Sophie Desmarais), who apologizes for complaining the other day. The two talk about his cat Duchess who used to belong to his now deceased mother. It appears Duchess never eats anything and Jerome decides to take her to the vet. What is decided by the vet is slightly disturbing. It kind of reminds me of some other film.

Anyways, as Jerome’s life gets miserable, so does the film, kind of. It sort of looks up at the end, though. Like most Quebec films, the comedy is not always easy to understand. It’s quite dramatic and leaves an impact. There’s a bit of a romantic feel and the still shots are perfectly done. The lowered contrast and slow pace of the story actually adds more to the dramatic feel of the movie. This was probably one of the best short films I’ve seen in a while.