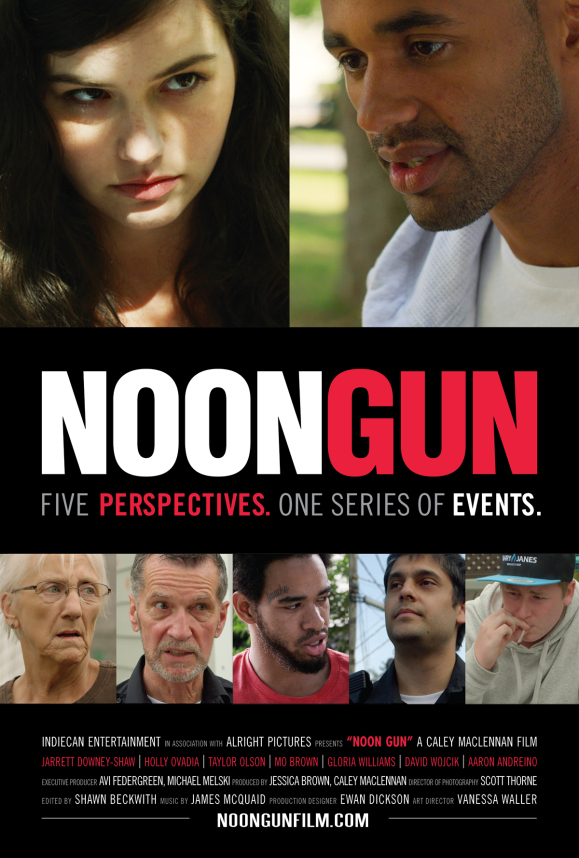 One of the things that plagues the country is how black people are still being treated to this day. This film tells different stories featuring several perspectives.

After one of the most interesting title sequences interlaced with footage of main characters, we get introduced to an elderly woman named Shirley Lawrence (Gloria Williams) who witnesses a black man named Eric Clayton (Jarett Shaw) arguing with his girlfriend and this causes her to have a flashback of when she and her brother walked out to a train yard in a field where they get in trouble with a black man. In another side story, two police officers Mike (David Wojik) and Kevin (Aaron Andreino) argue over the possibility of black people committing simple crimes all over the city. Eric has his own problems as his girlfriend Hannah (Holly Ovadia) accuses him of cheating and his father disapproves of his best friend Danny (Taylor Olson), who is Shirley’s grandson. Somehow everyone gets tied together in an incident at noon when the sound of a gun is heard at Shirley’s home and when Kevin goes to investigate and see what happened. But he didn’t expect to be caught by the two officers who just happened to get called over at the time.

The story seemed a bit out of sequence and all over the place. I’m usually not a fan of multiple characters/plots interlaced together as sometimes they can get confusing. But the point is made clear: Some people get the wrong idea just because of a skin color. Which is never right. The characters are true and well developed, the whole concept drawn together is impressive, and the message is very powerful. Ending pretty much resolves almost everything and makes this a fantastic film.

One thought on “Noon Gun (Review)”