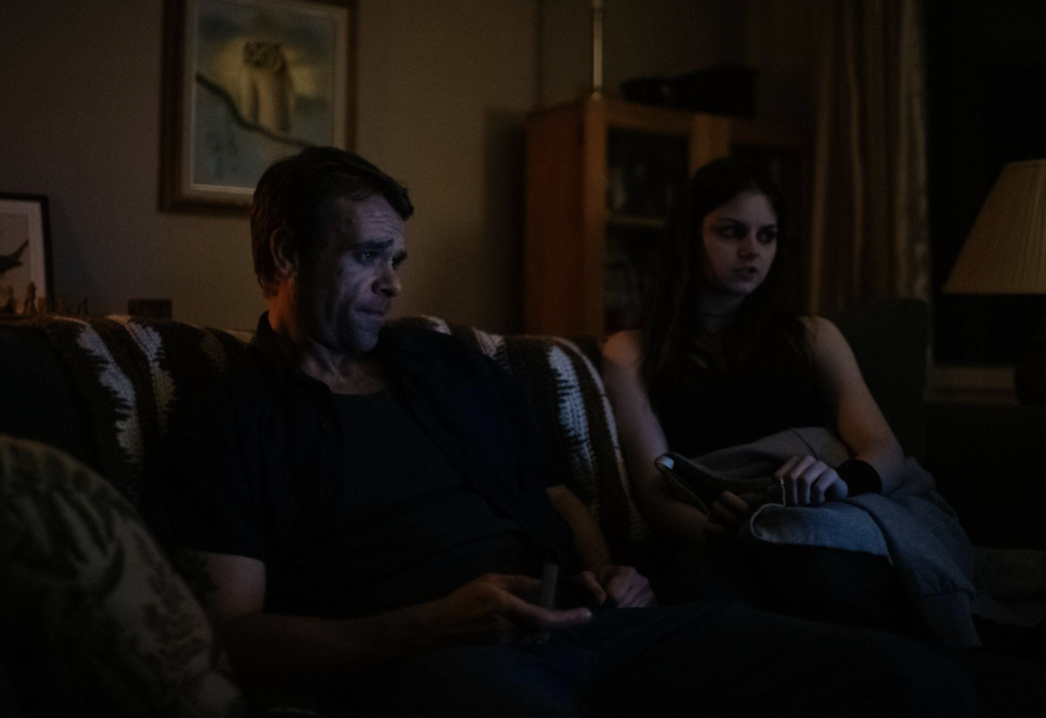 It’s a difficult task for a storyteller to take a modern forbidden love story and not sensationalise the hell out of it. Whether for a Lifetime movie-of-the-week or a true-life Netflix doc, it’s difficult to resist the urge to generate controversy and have the entire viewing audience pick teams in the pursuit of going viral. For her sophomore feature as both writer and director, Stephanie Joline manages to achieve a remarkably sensitive portrait of forbidden fruit in Night Blooms.

While the Nova Scotia film funding credits are prominent in the opening credits, this late-90s tale is set in “anywheres-ville” North America where aspiring 17-year-old musician Carly (Jessica Clement)  tries to form a band with best friend Laura (Alexandra McDonald) when not cutting class or getting high on the wrong side of the tracks.

Raised by a single mother, Carly finds far more than a father figure in Laura’s dad Wayne (Nick Stahl) who hosts the girl’s band practice at his house. From the first meeting, Carly finds herself completely and utterly in love with a man over twenty years her senior and can’t help herself as she doggedly pursues him.

Despite being the adult in the situation, Wayne succumbs to Laura’s advances, a decision he immediately comes to regret. But the damage is done and this single rendezvous soon ripples across their small community simultaneously shattering both dreams and relationships. No spoilers here, but don’t enter the theatre expecting a tidy resolution.

It’s a good sign when a film can almost immediately enrapture the viewer into its own world, with none of the usual seams of a low budget showing (film equipment visible, obviously “greeked” products, obvious performances, etc.). Clement transcends acting and simply is Carly, a fiercely independent yet impulsive teen who Joline may have simply followed around with a camera. Stahl steps up to the plate as a lonely man visibly fighting against his baser impulses with his admittedly weaker better judgement and McDonald completes the circle as the oblivious and soon-heartbroken best friend and daughter.

Regular readers have heard me complain about Canadian movies with ambiguous settings, but I admit I feel compelled to give Blooms a pass as the setting almost recedes into grungy abstract with the characters taking true centre stage, aided by an assured pace and expert cinematography. This isn’t a regional tale as it could happen anywhere. Our primal human impulses and desires are all too similar and global.

Night Blooms succeeds as both a character piece and cautionary tale that refuses to let its audience off with easy answers. Some films are an escape, but others are a mirror and the reflections here speak volumes. Watch with your heart in your mouth.