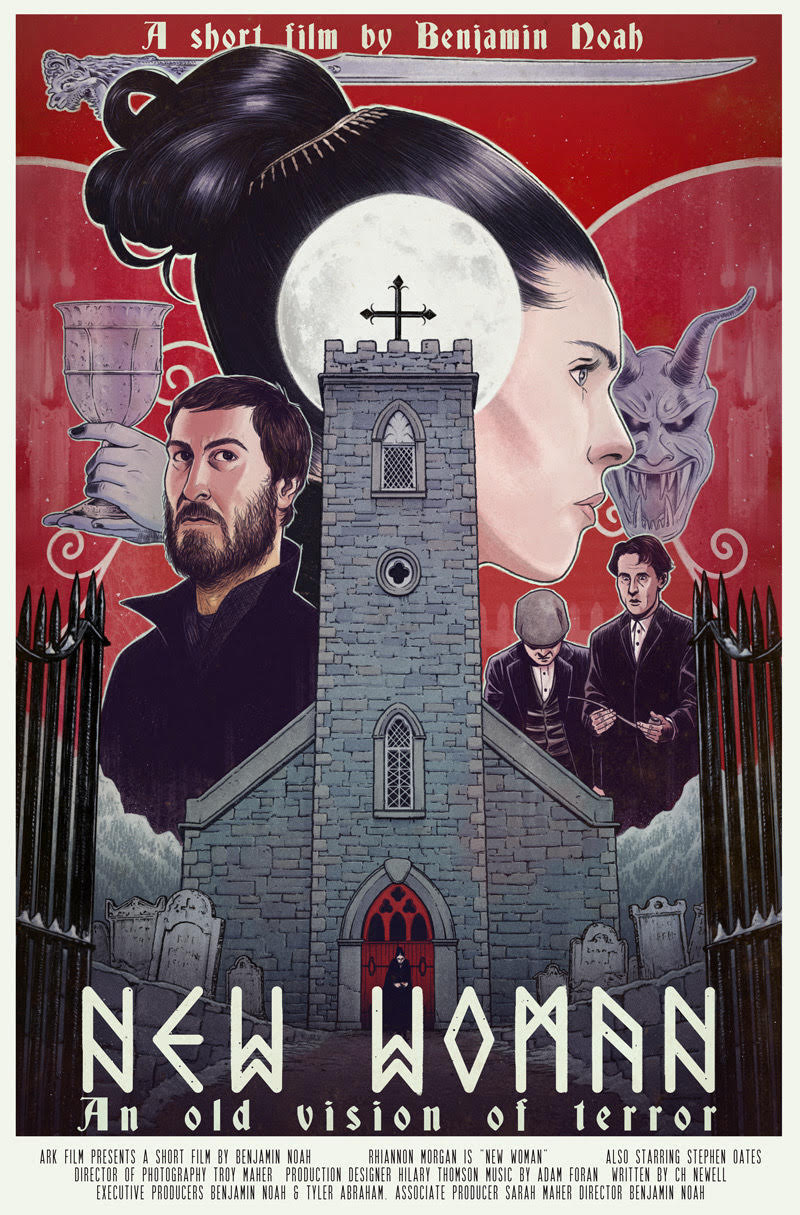 Period pieces can be a difficult type of concept to pull off for a short film. It requires a lot of money to make a lot of props and costumes to fit the certain period just right. But in some cases, much like New Woman, a small amount of money can make an exquisite short film. The year is 1888, and a lone man named Michael Reid (Stephen Oates) is wandering through the streets along the East coast of North America when one night he meets a woman (Rhiannon Morgan) who lives alone in a castle. She invites him to dinner for the night and he arrives to a bountiful feast. Jack converses with the woman as she explains how she traveled from England across the Atlantic and he compliments her on her lifestyle and appearance. But it seems she has something else in mind for him as she invites him to the basement for a little look.

What happens next is the most intense thing I’ve seen in a long time. Since I’m not able to attend VBAFF this year, I got a good dosage of intensity from this film alone. The set dec and props are very accurate in detail, the very dark lighting gives a good spooky feel that gives you chills, and the way the plot turns into a freaky ending has you stiff. Like I said, it’s hard to get a period piece accurate if you don’t have a super big budget. But Benjamin Noah proved to make something super elaborate with little money and done out of the usual system. It’s already done pretty well at Pendance and Blood In The Snow in Toronto for this year, and has even gotten many awards from festivals and events in Europe and the US such as best score, director and horror film. His first narrative film made, and I’m hoping to see some more of his work on the rise. After all, if he could make a great short film like this with what he had, imagine what kind of feature he could make.