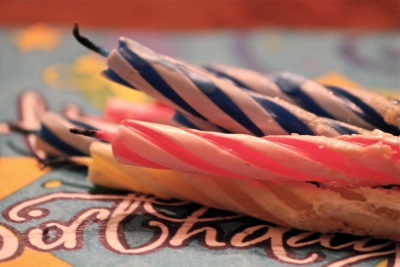 The French Canadian film production team known as Travelling seems to produce a lot of short films out of their interesting little company, so I decided to check out another one of their films, about a father and son. However this one’s a little bit different. Not your typical father and son short film, but a teenage father with a five-year old son.

Anyways, typical rowdy teenager Mike (Yan Bernard) comes to “help” his ex-girlfriend (Kathleen Aubert) after running an errand and calling a friend. He enters the apartment to see the aftermath of a tiny birthday party and his ignorant son, Nathan (Jean-Gilles Gadoury) who would rather play video games than talk or spend quality time with his own father. Mike gets Nathan a gift only to leave afterwards as he has to go to work.

Whatever work was, is unimportant as the scene cuts to him passed out naked in a bathroom after a late night party. Mike is clearly not the most responsible father, but he comes back to his ex-girlfriend’s and son’s apartment once again to try and actually help this time. Of course, he screws up again. When Nathan rebuffs Mike more harshly due to his badly chosen gift, Mike ends up leaving and at the same time realizing he’s a bad person. Skateboarding along miserably, Mike eventually comes up with a plan to do something with his son.