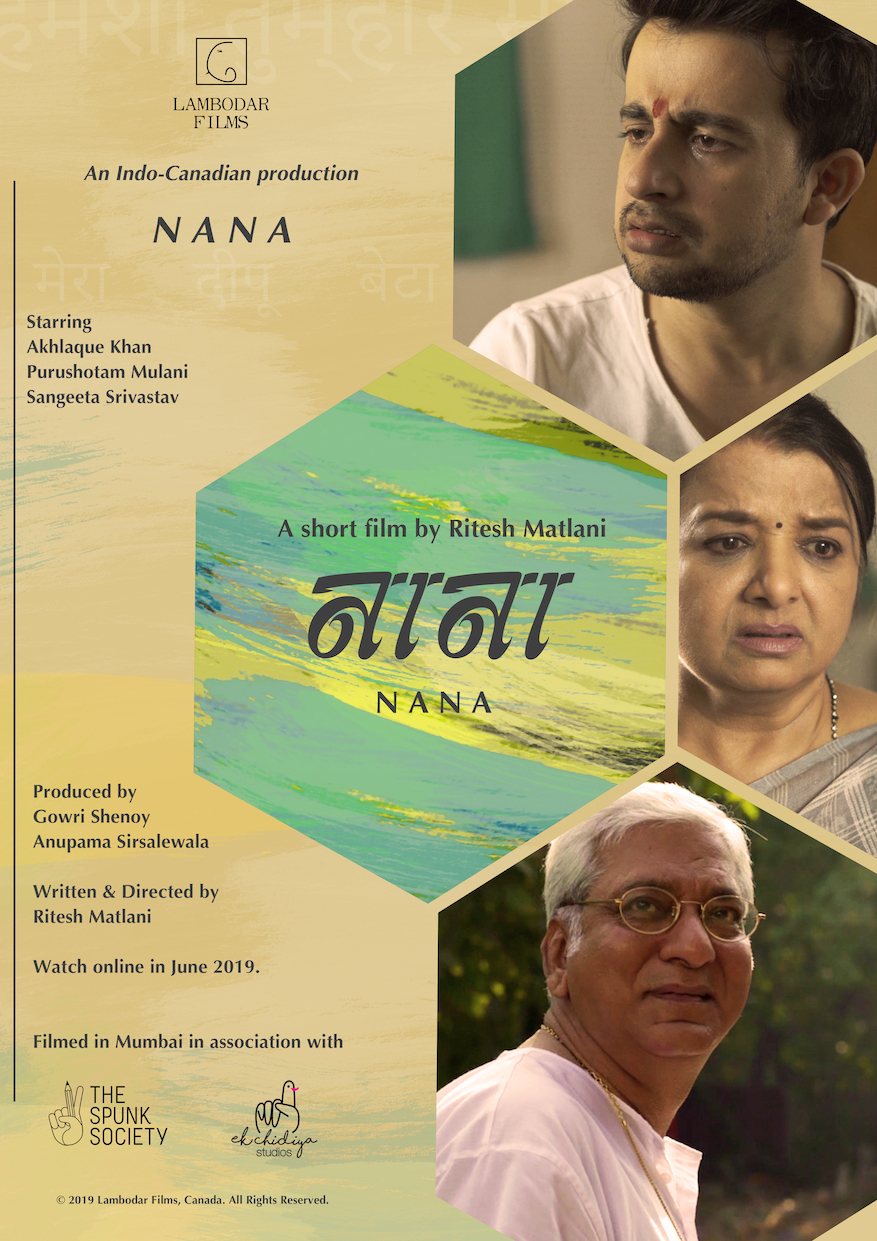 It’s not often I get to check out a Canadian-produced film that was made in another country. Maybe once or twice in a blue moon, but not often. Written and directed by Ritesh Matlani, Nana gives a story that foreigners can relate to when they lose a relative living back at home or the difficulty of returning home due to their status. So goes the story of a man acted by Akhlaque Khan as he has to return home to see his grandfather (Purushotam Mulani) who is getting worse under a terrible sickness. But by the time gets there, it’s already too late. His grandfather, better known as Nana, has died. So while he stays in India for a visit, some interesting phenomena happens to him. At one moment, he thinks he sees his Nana still alive in the corner, next Nana is gone. No matter where he goes around the house, the appearance of his Nana randomly shows up and talks to him. Eventually, the man recalls a memory where before he leaves the country, Nana gives him a photo album, money and some cologne. It was back then that the man discovered a mysterious red box in his Nana’s cabinet and decides in the present time that it’s time to open up the box and find out what’s inside.

A film that’s based on real events, Ritesh’s latest work is a short simple production that many immigrants can relate to and have most likely dealt with. I’ve had a friend tell me the woes of struggles of immigrating, but nothing is worse than when a long time family member is sick and/or dying and you can’t seem to get back in time due to immigration matters. The set design may not seem much, but it captures the stunning beauty of India with all the fabulous interior decor. The story is deeply moving and sad, not just relating to immigrants but to those who have dealt with the loss of someone close and personal. The characters may be genuine to most, but you can really feel the loving connections between them as family members. It’s short, but it’s well made, and when one watches it, they can relate to something that happens in this short film. Well designed, well written, well made.