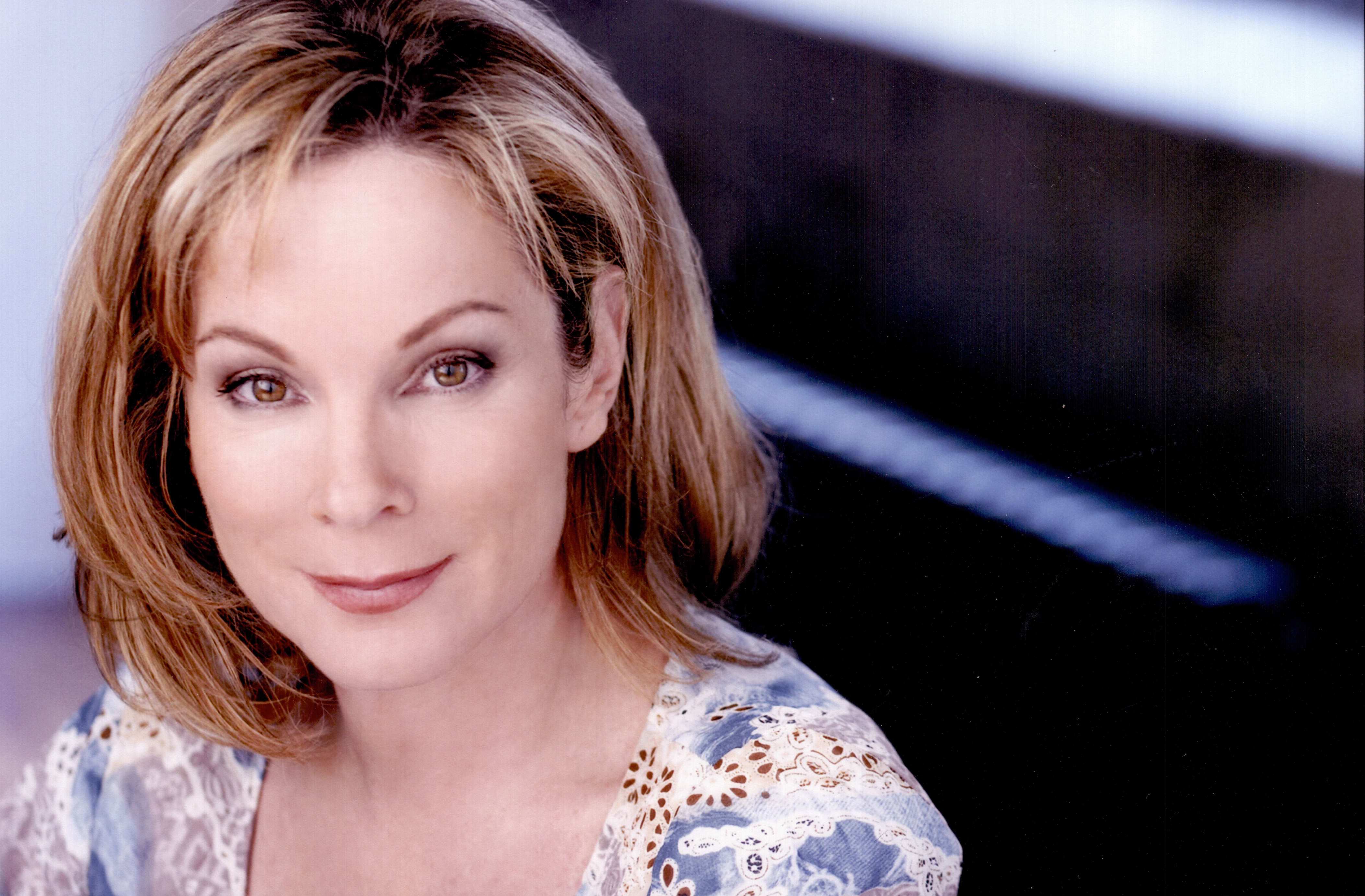 I’ve never tried my hat at acting. I think the closest I’ve come was playing a tree in a school play. Having grown up watching so many films I do have great admiration for the actors that portray a character so well that you’re either cheering or hating them. When you see an actor that’s typecast for comedies or action, it’s always refreshing to see them stretching themselves into a dramatic or thriller role. Being versatile in an ever evolving industry is an asset after all. I’m always so impressed when an actor really owns it, such as Heath Ledger as the Joker or Jack Nicholson in The Shining. I often wonder how much preparation goes into becoming the character and what that process is like. Is it a gift you’re born with or is it the attention to detail that makes us believe Anthony Hopkins is truly capable of killing and eating people?

Actors are admired for good reason. Who doesn’t enjoy going on a journey of the unknown or being forced out of your comfort zone and feeling raw emotion that brings you to tears, laughter or anger? It’s the magic of movies and amazing storytelling that is driven by extremely talented actors that keeps us going to the theatres. We all have our preference for genre and talent that often gets us talking round the water cooler. These days there’s so much great TV and theatre plays to choose from. Finding the actors to portray complicated characters can be comparable to finding a gold coin on a sandy beach. Once you do find them, they will shine and the world will want to know where they can find more gold coins.

As luck would have it, we have many gold coins in Canada and I recently found a very polished one in the form of Camille Mitchell. She might be best known for her recurring role as the sheriff on Smallville (six seasons) or as the nun on Poltergeist – The Legacy. Quite recently she was nominated for a role on Van Helsing where she played a British aristocrat in 19th century Hong Kong.

I had the extreme pleasure and privilege to speak with her about her fascinating and ever evolving acting career.

“Are you still on Van Helsing?”

“It was just one guest star role and it was great fun. I loved it but they’d have to come back to Hong Kong in the 1800’s, which is where my episode was shot. I play the British aristocrat who is on the peripheral of all but excited to help in the search of vampires. It’s a very fun episode. It’s very colourful and provocative; Michael Nankin directed it and is also an executive producer on the show and he really brought this extraordinary and wonderful version of Hong Kong during that period. We shot a lot of it at Sun Yat-Sen Gardens in Vancouver. It was really provocative of the time.”

“It must be a lot of fun playing period pieces?”

“Yes it is. I used to do a lot of it in classical theatre. I worked many years back east at the Stratford Festival (Stratford, Ontario) and the Shell Festival. Playing period pieces and using a different kind of language, they have such a different vocabulary; especially characters from 100 years ago. There’s such a different rhythm to it, as an actor it’s really exciting to play.”

“With a period piece do you find yourself doing more research on that time?”

“I did read a lot about Hong Kong and the British at that time. It’s interesting because the mannerisms and the pace at which they spoke in terms of phrase that are so specific to that era. There’s a scene where we’re having tea and even that is fun to research. There’s an entire ritual around tea. British tea in the colonies was a song and dance that had such a structure to it and the formality of that time is so interesting. From your posture to your speech patterns to your dictions, everything was about status and it’s so different from today. In some cases, the more status you have the more casual you can be, such as wearing sweat pants to the grocery store.”

“I know that you also had a recurring role in Smallville, what was that experience like?”

“That was great! I was a small-town sheriff. I played her having come from a southern experience and a tougher more grounded character. It was great fun and I played her for six seasons. I was always arresting Clark Kent. My character was Sheriff Nancy Adams and the cast was wonderful, the crew and production team were great. It was also nice to play a character in a uniform oddly enough because you always knew what you’d be wearing. You’re not worrying about extreme accessories, costume fittings; you just have that one outfit. Before that I was on the show, Poltergeist – The Legacy where I had a recurring role as a nun. It was heaven, that outfit makes your life so much easier (laughter).”

“I’ve talked to other actors that have to sit in make-up for hours. Have you ever had to wear prosthetics?”

“Yes, I did on the show, The Outer Limits. I spent 2 ½ hours per day in make-up playing the mother of the human race. I played an alien who had brought the human race back after the apocalypse. I had no idea it would entail 2 ½ hours every morning and at least an hour every night to get out of it. It was truly an interesting process. I was there 2 hours before the crew; it was just the make-up man and me. I looked so scary that even friends of mine who were in the cast and crew wouldn’t eat lunch with me because I would just turn their stomachs. I’d have to each lunch alone in my trailer, it was so creepy. The episode was called Right of Passage and it was very interesting and a lot of fun. I really admire actors who have to do that regularly, them and stunt people.”

“Do you miss theatre and have you ever returned to it?”

“The last theatre I did I played Mrs. Robinson in The Graduate about seven years ago. I do miss theatre but it’s hard to do both because they’re both so exacting and time consuming. I’ve just got back from a trip from New York and had seen some shows that have re-inspired me to get back into theatre again. The theatre is so much more of an actor’s medium because once rehearsals are done and you open, it’s yours. You really get to enrich it, enliven it and work it. I always say, TV is a writer’s medium and film is a director’s medium but theatre is an actor’s medium. It’s where the actor really takes possession of the piece. There’s a wonderful director in Vancouver that ran the Vancouver Playhouse, Larry Lillo. He was also one of the founders of the Tamahnous Theatre in Vancouver. He used to say to his actors, that they have to have forgiveness on stage because if someone messes up or you make a mistake you have to let it go right away otherwise you can’t be in the moment.”

“I know that you’ve been doing some more writing recently. You’ve written in the past and are currently working on The Vacant Lot. What is that about?”

“It’s my first feature script and I’m currently doing a rewrite and trying to figure out casting and producing. It’s set in the sixties in Los Angeles and has been quite an interesting experience. I did a Crazy 8’s film a few years ago called A Mothers Love that really wet my appetite. It went onto film festivals all over the world, which was terribly exciting. As an artist it was really exciting to create something that had taken on a life of it’s own without you because as an actor you have to be there.”

“Is the script based on a novel?”

“No, it’s actually autobiographical. When I was just a child, my father, who was an actor had gone off to Europe and this wonderful man had come in to fill a gap in our families life. He was a former rumrunner who in his retirement ends up taking care of some little kids in an American suburb. He was a wonderful person with a heart of gold. It’s about a person that became very special to us. It’s a redemption story. I think autobiographical stories tend to be harder to write because you can get quite emotional about them when you review stories from your past. I think they tend to have more of an original twist to them because everyone’s story is so specifically different.” “How do you unwind from work?”

“I absolutely love being outdoors. I’ll usually go hiking with my dog. If it’s been a long day I’ll usually unwind watching something completely different or catching up with a late-night show like Stephen Colbert. If I do have the time and energy though, I do love going for hikes. It’s one of the things I love about Vancouver. I also love cooking for family and friends. I recently learned how to make homemade pasta and it’s so thrilling to put the pasta through the machine. I’ve had all my family and friends take a turn at pushing the button on the machine (laughter). After a long day it’s nice to go back to family and old friends and just hang out and kick your feet up.”

“Have any of your children followed in your footsteps?”

“My son, Charlie Mitchell graduated from Film Studies at UBC in 2015 and has been working in film production ever since. He’s been working as the executive assistant on Netflix’s Altered Carbon. He’s also writing and directing, he’s just finishing up an edit on a short film called Sanctuary. He’s going to be working on 5 more short films this year. He’s my favourite acting coach and has been in love with movies all his life. I remember when he was younger, the only way I could get him to fall asleep was by promising to take him to see The Matrix. I know he’s my son but he’s a wonderful writer and director. One of my favourite things to do with him is to talk movies or theatre. Before auditions or interviews, often I will call him and ask if he can read over the script and tell me his thoughts on it. My brother is an actor as well; my mother and father were also actors. When my parents were alive it was such a joy to be able to sit down and talk shop. It’s like a family of circus performers talking about the best way to do the trapeze act.”

“What is the best thing about a career as an actress?”

“I think it’s being able to where so many different pairs of shoes that belong to other people/to play other people and live in their skin. To be able to get to know people that you wouldn’t ordinarily get to know really well. The joy of being able to flesh out a person and getting to know their weaknesses and strengths. It’s an incredibly empathetic job and you really get to be very forgiving of human beings in the process because your task is to understand what motivates them, why they do what they do and why they say what they say. You have to love your character to do it well without judgment. That for me is the most exciting part of acting. The more well written the character, the more complicated they are.”

Talking to Camille Mitchell was an absolute joy. She brings so much to the table and we are so lucky to have her in our own backyard.