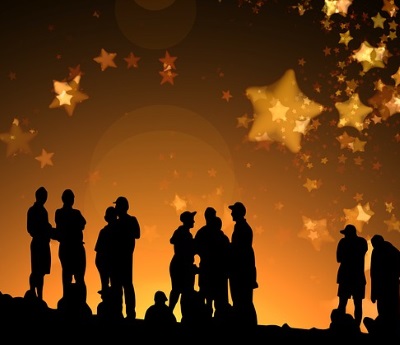 Anyways, the five guys all get together once more in what appears to be a rec room, at Ben’s boss’s home. The five stick around doing their activities in a four panel montage. Soon, there’s barely any action going on. Everyone sits around barely partying at all. Eventually around 30-40 guests come and things really start to pick up.

A fair amount of the movie is pretty much these five guys hanging around and talking to each other about their high school experiences. Things get out of hand with some of the interactions though. Throughout the movie we have engaging conversations among the main cast and many other people who aren’t really actors, but real people.

While it doesn’t entirely seem like a very exciting plot and there’s barely any action in it, you have to admire how well thought out the conversations among the characters are. There is the occasional moment of comedy (one friend tells Ben: “Your boss lives in a beer commercial!” when they first enter) and the actors are very talented at what they do.

I admit, at first I was bored, but I began to enjoy it more as the party progressed. What keeps people involved is how the shots and actors alternate between each other. Even more interesting was how this whole movie was done by the “rule of threes.” It was shot in three days, with three cameras. Each shot had three takes. While the film is pretty much nothing but your basic party, it still does okay.