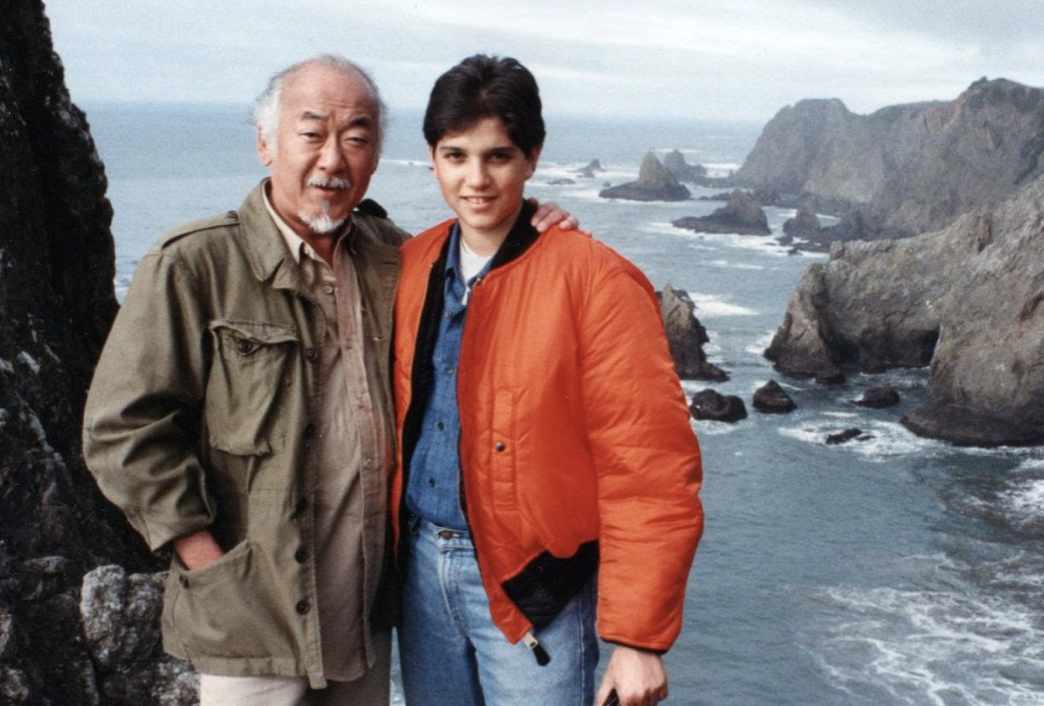 Besides never getting their big break, every actor has one fear: being typecast as their big break. Most of the moviegoing audience only knows Noriyuki “Pat” Morita as the wise Karate master Mr. Miyagi of Karate Kid fame. Those more tube savvy may recognize him as drive-in proprietor Arnold in Happy Days and a select few may even know him from his early stand-up days as the “Hip Nip”. Whatever your Pat Morita gateway drug, Kevin Derek’s new doc More Than Miyagi aims to paint a more complete picture of the man who left us laughing and crane kicking over a long career.

Every star faces a few roadblocks on the way to fame, but fate seemed determined to pull the road out from under Pat’s feet from day one. Stricken with spinal tuberculosis at the tender age of two, young Pat spent most of his childhood at the Shriner’s hospital, repeatedly told he would never be able to walk. While God opened one door in the form of a successful spinal surgery, he promptly shoved poor Pat through another one as the US government had seen fit to intern all citizens of Japanese ancestry away from the coast, forcing him to join the family at an Arizona camp from which they weren’t released until after the end of WWII.

His trials must have developed a sanity-saving sense of humour as Pat often found himself entertaining the customers and acting as master of ceremonies for his family’s chop suey restaurant during the 1950s. Supporting his (first) wife and child as a data processor throughout his 20s, Pat made a life-altering decision at age 30: to go into show business.

He couldn’t sing, couldn’t dance and wasn’t even certain he could act. But what he did have was a sharp wit and a knack for playing a room that quickly brought him to the attention of The Hollywood Palace (2nd stringer to The Ed Sullivan Show). This led to a robust screen career with appearances on such shows as MASH, Sanford & Son and of course a recurring role as Arnold on Happy Days.

But it was an unlikely script floating around in the early 80s that would truly catapult him to worldwide fame in a role that producer Jerry Weintraub was convinced he was absolutely wrong for (they had been testing Toshiro Mifune). The role? Mr Miyagi: an unassuming handyman who befriends a bullied teenager and teaches him the ways of Karate to help regain his self-respect and honour. This simple story was buoyed by the winning chemistry between Morita and co-lead Ralph Macchio and The Karate Kid was an instant smash hit, touching the hearts of millions and earning Morita praise and an Oscar nomination. He had at last hit the big time as the hottest Asian American screen presence since Bruce Lee.

Despite these heights, Morita ultimately found it difficult to escape Miyagi’s gravity, with most of his later career consisting of roles that mirrored the venerable karate master. A growing alcohol dependency didn’t help matters and despite the support of friends and his third wife Evelyn, Pat Morita ultimately passed from kidney failure in 2005 at age 73.

Having previously explored the inspiration for the Miyagi character in 2015’s The Real Miyagi, Kevin Derek opens the eclectic scrapbook of the man who brought that character to life. As much as Morita left his mark on audiences, his presence is still felt keenly among his surviving family and colleagues including Happy Days cast members Henry Winkler, Anson Williams, Donny Most as well as Karate Kid alumni Ralph Macchio and William Zabka. Weaving most of this together are tender remembrances from widow Evelyn Guerrero (who also executive produces) while Morita himself contributes beyond the grave via carefully curated archival recordings.

The doc is short at a brisk 89 minutes, but leaves few stones unturned as it deftly delves into Morita’s unhappy childhood, his struggles as an Asian-American actor and eventually with alcohol he used to mask the resulting pain. As Japanese as he appeared on screen, Morita was a classic All-American pursuing the national dream. Derek’s doc faithfully captures the trials, triumph, and tragedy of that story.

Pat Morita overcame many battles during his time on this earth, from childhood illness to systemic racism to ultimately himself. As much as he accomplished in his time here, one can’t help but wonder just how much more of an impact he could have left had Hollywood taken the time to see beyond the stereotype. More Than Miyagi gives you a chance to see beyond that veil yourself and you’ll be more than glad you did.