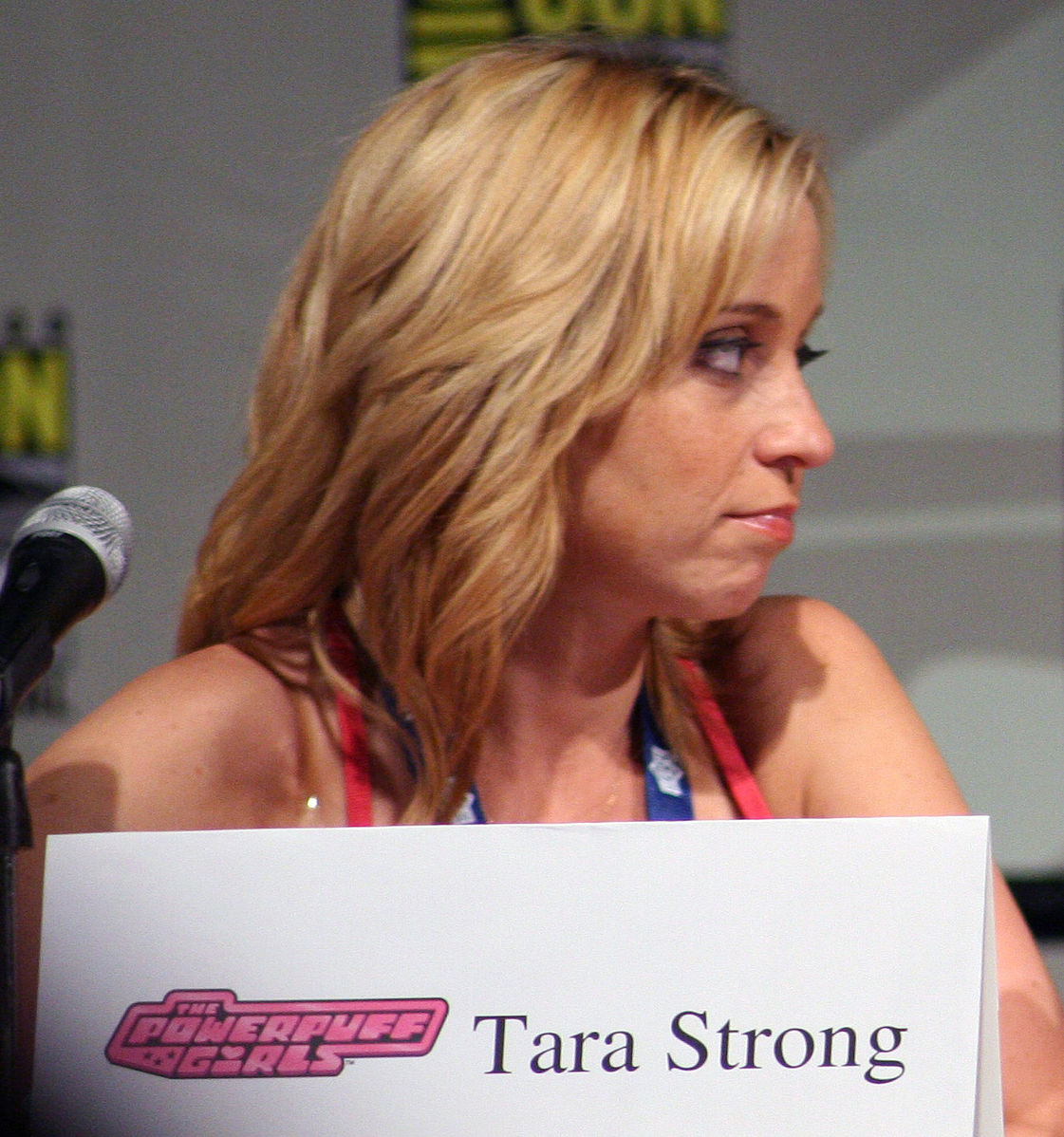 Some film stars are amongst the most recognisable faces in the world. The likes of Leonardo DiCaprio, Meryl Streep, Ryan Gosling and Jennifer Laurence, for example, are barely able to grab a coffee without fans or the paparazzi taking notice. Yet, others are more chameleonic for one reason or another, making them less of a draw for the public eye. Perhaps they’re a character actor like House of Cards’ Elizabeth Marvel; mostly work under heavy makeup much like frequent Guillermo del Toro collaborator Doug Jones; or a method actor similar to Daniel Day-Lewis, whose dedication to his craft can make him near unrecognisable in both appearance and demeanour.

Then, there are performers like Tara Strong, if such a comparison can even be made. While Strong might not be a household name with a recognisable face, you surely know her voice…or, at least one of her voices.

Tara Strong is one of the most prolific voice actors in show business today, with a staggering number of credits to her name. If you are a millennial who watched cartoons as a child, then it is highly likely you have heard her voice in enough productions to challenge most of the actors I named above.

Although Strong has planted her feet firmly in the realm of voice acting, she has also performed in live action productions to a limited capacity. While finding her footing as an actress in the 1990s, Strong’s most notable roles were in two made-for-TV movies of Sabrina the Teenage Witch, in which she played Sabrina Spellman’s friend and fellow witch, Gwen. Strong otherwise landed a number of guest appearances on shows like Third Rock from the Sun and Party of Five, as well as other made-for-TV movies.

However, Strong had been cultivating her voice acting skills since the 1980s, consistently landing bit roles in various animated productions or leading roles in short-lived shows. The late 1990s, then, was a turning point in her career, as she landed voice roles as Batgirl in 1997’s The New Batman Adventures opposite Kevin Conroy’s Batman and Mark Hamill’s Joker, Dil Pickle in 1998’s The Rugrats Movie (a role she would continue on the TV show), and the co-lead role as Bubbles in The Powerpuff Girls in 1999. From there, the occupational floodgates opened for Strong as she had established herself to be one of the most versatile voice actors in the business.

Strong’s career exploded by the turn of the century, taking her to every corner of the performative medium.

The bulk of her work remains in animated television, where, most notably, she voiced the leading role of Timmy Turner in The Fairly OddParents, Raven in Teen Titans, Teen Titans Go! and its critically and commercially successful 2018 feature film, Teen Titans Go! To the Movies, while making innumerable contributions to various films and TV shows, including being the current voice for none other than Rocky J. Squirrel himself, of Rocky & Bullwinkle. She even voiced the squeezable “I love you” function of Ted, the teddy bear-come-to-life in Seth McFarlane’s film of the same name, which likely stemmed from her extensive voice work for McFarlane’s long-running show Family Guy.

As a millennial, if none of this rings a bell, and it turns out you have lived under a rock for the last twenty-plus years, then maybe her impressive work in video games will sound more familiar.

While it is hardly surprising that Strong would be expected to reprise her various voice roles for the obligatory tie-in video games, she has also contributed to some major works in the industry over the years, some of which caught me off guard. One of the most cherished gaming memories of my childhood was playing Final Fantasy X, and as it happens, Strong voiced one of its most prominent supporting characters, Rikku, in the English localization. Strong has also featured in games by one of the most accomplished developers in the world, Hideo Kojima, voicing the character Paz Ortega Andrade in several localized instalments of Kojima’s most celebrated franchise, Metal Gear Solid. Perhaps most notably, Strong lent significant voice work to the Batman: Arkham game franchise, but instead of reprising her role as Barbara Gordon, she performed the coveted role of Harley Quinn, taking over for the character’s long-time actress, Arleen Sorkin. She has since reprised the role in the DC fighting game series, Injustice.

In an interview on her career’s work with YouTube channel Great Big Story, Strong noted that “When you’re voice acting, you have to tap into the ability to make something believable without it being there…. You have to let the audience feel what it’s like to fall off a cliff”. With over thirty years of experience in the industry and a filmography like few I have ever seen, Strong’s words here express a truth as relatable as the characters she plays, yet few have the ability to achieve it. It is a testimonial to her professional resilience and contributions to the industry over the years, and at only forty-eight, it is abundantly clear that Strong is far from done.