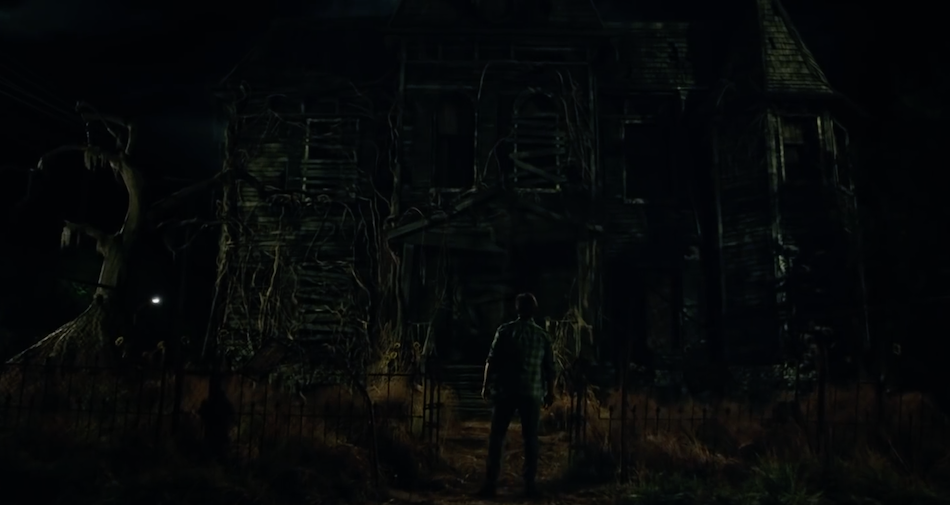 In 2017 Andy Muschietti struck gold with It, which went on to surpass The Exorcist as the highest grossing horror film of all time (a record that stood for 44 years) while also being recognised as one of the most accomplished cinematic adaptations of a Stephen King novel. Given the norms of commercial Hollywood cinema, particularly horrors, a sequel was all but inevitable, though considering the intentional open-endedness of It, this was wholly warranted.

Stephen King’s infamously long novel (coming in at just over 1,100 pages) consists of two parts, where its lead characters in the first half are children who fight and temporarily defeat the demonic clown Pennywise, and in the second are adults who must return to their hometown of Derry (which is shot in Ontario in both films) 27 years later to stop Pennywise once and for all. Such a structure was just begging to be adapted into a theatrical wide release, especially considering King is the most adapted living author by a wide margin. The question is, does the end that is It Chapter 2 justify the means?

The short answer is yes, but only just about.

It’s difficult to know where to begin with It Chapter 2 because while there is so much the film gets right, there’s a lot it gets wrong too. Being the optimist that I am, I think it’s best to begin with Bill Skarsgård’s immense performance as Pennywise.

His turn in the 2017 film was already outstanding, but Skarsgård has somehow managed to outdo himself in what is surely one of the most memorable performances ever put down by an actor in a horror film. Pennywise is hands-down the most consistently brilliant aspect of the film, second only to the cast playing the now grown-up characters, which includes James McAvoy, Jessica Chastain, Bill Hader, Isaiah Mustafa, Jay Ryan and James Mansone. Each actor does a fine job in their respective role, and while Hader shines brighter than the rest it does little to detract from the group’s onscreen chemistry. The young actors from 2017’s It make significant appearances too, but unfortunately, through no fault of their own, this is where the cracks begin to show.

It Chapter 2 has a lot of moving parts but doesn’t always know what to do with them, which, at nearly 3 hours in length, makes it not just unnecessarily drawn out, but fundamentally flawed. For almost every element that works, there is another thrown in for reasons I cannot fathom. Flashbacks to the childhoods of the lead characters is an example of this, which address the troubles and insecurities of each member of the Losers Club, only nearly all of them are retreaded from the first film, and, aside from Richie (Hader), add very little to their characters.

Then there’s the sins of the present. McAvoy’s Bill and Ransone’s Eddie, when we first meet them, both have wives who show up for one scene each and then, apart from a throwaway line or two, are totally removed from the film with zero consequence. It’s bad enough for Eddie’s character, for reasons I won’t spoil, but it’s even more egregious for Bill, as it feels like a blatantly shoehorned detail that’s only there to add some perception of dimension to the love triangle between him, Beverly (Chastain) and Ben (Ryan), but heavy-handed foreshadowing removes any potential complexity, making this subplot flat and predictable at best.

There’s also the surprising return of the Losers’ childhood bully Henry Bowers (Teach Grant), whose presence would have been a welcome one, only his inclusion is so inconsequential that I wonder why they even bothered in the first place. There’s further time wasted on other head-scratching choices, but frankly I won’t waste my own time listing them.

While they are very different films, I can’t help but make comparisons with another box office juggernaut, Avengers: Endgame, which was released earlier this year and clocks in at a minute over 3 hours, 12 minutes longer than It Chapter 2. Endgame’s tight pacing and justified plot developments make it a continuous joy to sit through from start to finish. Plus, it’s the culmination of a 22-film story within a major franchise, so a 3-hour runtime seems fitting. It Chapter 2, on the other hand, has only just gained the franchise label, but grasps for more than it’s earned.

Yet from a technical standpoint, It Chapter 2 is a very well-crafted film. The set designs are eerily realised, the special effects are effective (if occasionally inauthentic), and the tension is consistently on-par with the first film, delivering one well-earned jump-scare after another. Elevated by a terrific cast, the film offers what is ultimately a satisfying conclusion to the 2017 hit, but this sequel’s unnecessary length and frustratingly haphazard tendencies prevent it from reaching, or indeed floating to the heights of its predecessor.