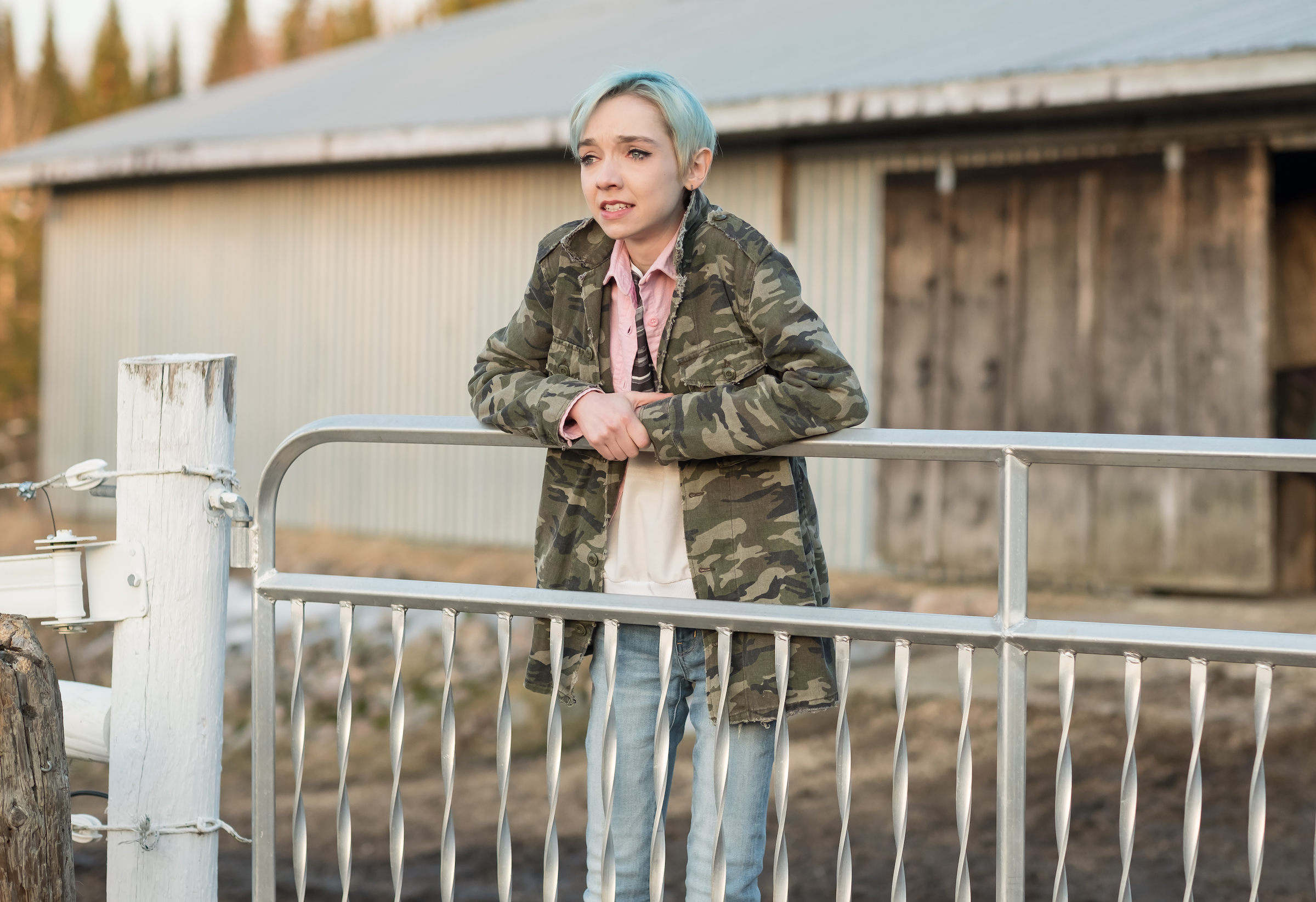 There’s a lot of exciting Canadian films out there and among one of them happens to be the interesting new film, Honey Bee. Directed by Rama Rau, she is normally known to direct documentaries but has decided to take a step in a different direction with a narrative feature instead. So what’s her film about? A young girl in the sex work (known as a prostitot) who pleasures the creepy old truck drivers at a local truck stop. Better known as Honeybee (Julia Sarah Stone) she doesn’t have much of a life given her past with her mother and her previous homes. Nowadays, it’s all good for her, she’s got a boyfriend named Ryan (Steve Love) who she loves dearly and he loves her more than the other girls he employs, and the work is always pretty steady for everyone. Until one night when she gets caught by an undercover officer. Before Honeybee knows it, she’s placed into a foster home that happens to be on a farm. Now Honeybee is known by her real name Natalie, her roommate Chante (Michelle McLeod) happens to be a girl who doesn’t really behave her age, and her other housemate Matthew (Connor Price) had family troubles himself like Natalie. For Natalie, getting adjusted to country life is not easy given the chores, and she certainly doesn’t feel welcomed at the school she’s required to attend. Louise, the lady in charge (Martha Plimpton) happens to be super strict of everyone, especially putting hard pressure on Natalie to do work and follow rules, given her bad habits of breaking farm rules, refusing to work, and even attempting to get back in touch with Ryan. Things only get worse for her day after day. Finally Natalie can’t take it anymore and finds a way to escape as far as she can to get all the way back to Sudbury. But it seems like her journey to Ryan isn’t any smoother than her journey through life, nothing works out no matter what she does or where she goes. So Natalie has to stay at the home instead. She does get to have some fun at a party for one night, and after that particular night she discovers inner secrets about her housemates and starts to form a closer bond with both the people and the animals on the farm.

Given so many of the movies made these days, this is a great one to see. It’s not your average runaway teen movie, or even average coming of age movie, it’s a teen movie about a certain kind of youth that we never get a good enough glimpse of sometimes. The plot is unique with a lot of events that very few have ever experienced or even thought up for stories, the characters are quite an interesting blend of creativity themselves, from rage induced to emotional and even silent but interesting. Everyone seemed to have a great variety of moods setting personalities into interesting patterns. Carefully put together by a female director who did exceptionally well for a breath of something new and written by two fantastic ladies Kathleen Hepburn and Bonnie Fairweather, this film is a good combination of emotion, rage, sexual mishaps, and so much more feeling than anyone ever felt. One great addition that is definitely worth watching, it helps tell a story of sex trafficking in Northern Ontario and how truly nasty things can get.

Honey Bee will be screening on September 20th in theatres everywhere.